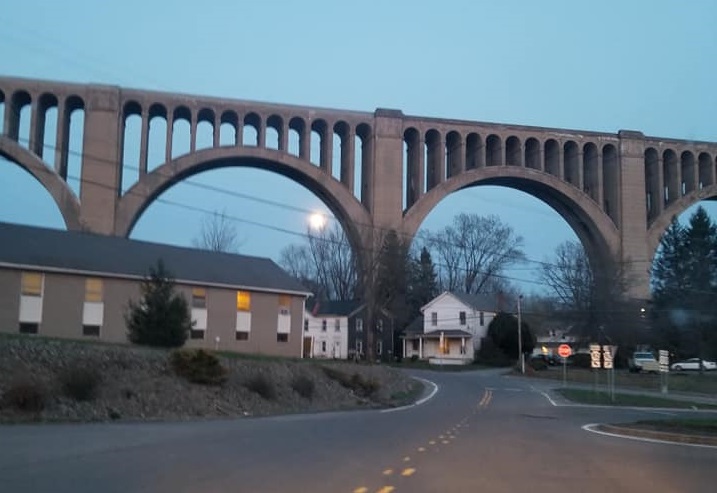 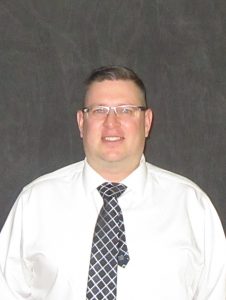 In many ways, the borough of Nicholson, at the northeast corner of Wyoming County seems to be on the very edge of the Marcellus shale play or, geologically speaking, not part of the play at all. But the residents of Nicholson and their elected officials feel very much in the middle of the natural gas industry.

Situated along a primary route to Susquehanna County, where the shale play opens up and runs strong to the New York state border, Nicholson has become a hub for supporting industries, including water withdrawal. Restaurants and pubs in town and other businesses are patronized by gas workers and their partners.

“Although there are no gas wells in Nicholson, the population of the town has benefited in so many ways,” Nicholson mayor Charles Litwin maintains. As a life-long resident who has seen the town survive some pretty rough times, Litwin cited numerous examples of how his municipality has learned to work with Cabot Oil & Gas and others to smooth out some early wrinkles and make progress together.

Just over a decade ago, Litwin recalls, Nicholson residents were struggling to find and keep good jobs. He was fortunate to follow in his father’s footsteps as a funeral director and now manages the Litwin Funeral Home. Beyond a handful of other family-owned businesses, he noted, there were quarries and stone yards and Procter & Gamble, a large paper products manufacturing company on the far side of Tunkhannock, Wyoming County’s seat.

The number of active wells blossoms from five in Nicholson Township to nearly three dozen just to the north in Lathrop and Lenox townships in Susquehanna County. Pads and compressor stations there need excavation companies, supplies, and manpower, and much of it comes from the Nicholson area.

“Since the gas industry has come to northeast Pennsylvania, a lot more people are employed,” said Litwin. “It has been great for families and individuals to provide for themselves and their families.” In his borough alone, Litwin estimates more than 30 people have jobs as field operators, water truck drivers, and other jobs in the Marcellus shale.

Nicholson’s industrial heritage, which included three years of construction more than a century ago for the massive Tunkhannock Viaduct, predates today’s residents who do not remember the sacrifices the community made for such progress, including the dust, grit and the traffic and the noise. More than a thousand laborers descended on the town in 1912, often housed in less than ideal conditions, to build the iconic concrete railroad bridge that spans the valley.

The 240-foot high structure that was then billed the “Ninth Wonder of the World” also cut the town off from a major railroad route between Scranton and Binghamton, NY. Nicholson quietly faded from a lumber town to a slumber town – a bedroom community for both Scranton and Tunkhannock. When the gas companies moved in, people were simply taken aback by the phenomenon.

“At times, the traffic did get a bit much, and folks got a little riled up,” said Litwin. “Most of our roads are dirt and gravel and, when the water trucks come through town, they can be very dirty.” When residents complained about the dust in front of their homes, Litwin contacted Cabot, which provided street sweepers.

Some drivers were exceeding the borough’s speed limit, so Cabot started monitoring speed with GPS devices on their vehicles. Trucks were also taking a toll on roads that had not been built to withstand such loads, so they were reconstructed to be stronger than before.

“Cabot takes responsibility for the roads, even though the logging and bluestone companies also beat them up,” Litwin remarked. “They remedy everything to the best of their ability.”

On Memorial Day weekend, Independence Day and Nicholson’s own Bridge Day, he continued, the number of people in town can easily increase by thousands. To enhance the safety of those coming out for activities or visiting Nicholson, Cabot has suspended or slowed water hauling operations until the events are over.

“During a Fourth of July, there was a current frack nearby, and we were concerned about the traffic,” Litwin cited as an example. “We called Cabot, and they were able to reroute and reschedule their trucks so we were able to enjoy our fireworks without the congestion.”

Cabot is not the only game in town. Southwestern Energy (SWN) built its regional headquarters in the township, employing more people while also adding to the traffic. And Nicholson is also a major conduit for Williams Companies, which builds pipelines and compressor stations. Never was the relationship between the borough and these companies proven more valuable than in February 2018.

Heavy rains and a quick thaw of the surrounding snow-packed hills resulted in rapid stream rise and a massive ice jam that formed where relatively small Horton Creek meets the much larger Tunkhannock Creek at the southwest corner of town. Seemingly within minutes, Horton Creek jumped its banks behind the jam and began flooding streets and entering businesses and residences.

With their own operations also interrupted by the weather conditions, management and employees from aforementioned companies, as well as their contractors, descended on Nicholson with heavy equipment and manpower to see how they could help.

“I remember standing on the bank and wondering, ‘How are we going to get through this?’” Litwin remembered. “We were in a very dire situation.”

In addition to bringing much-needed pumps to town to assist local firefighters in emptying basements, other operators worked at the confluence with excavators with extra long booms to punch holes in the ice for more than a day to allow the water to drain out of town. “Without the help of the industry, we don’t know where we would be,” Litwin stated.

In the spring, the normally tranquil Tunkhannock Creek is revered by local anglers for its pristine waters that attract hundreds of trout fishers, Litwin among them. One might assume that a water withdrawal operation would muddy the waters or make the streams less attractive to the recreationists, but the withdrawal site was engineered with the trout fishers in mind.

“You don’t even notice that it’s there, and trout fishing has stayed the same,” Litwin asserted. “It’s so well-designed, I don’t even know where the actual withdrawal is.” The only clue, he noted, is the paved road that replaced the former dirt road access to the stream, making it safer for and more attractive to anglers.

Now, Nicholson is on tap for a major renovation of its downtown area that will include the installation of new sidewalks. Borough officials needed an engineering study in short order to secure a grant from PennDOT. Not only was time of the essence, Litwin explained, the borough was short on funds and in danger of not meeting the deadline.

“Like any old town in America, the roads are a little bumpy, and the sidewalks are crumbling. We want the sidewalks to be nicer for the vendors and guests on Bridge Day,” he explained. “We were able to collaborate with the Chamber of Commerce and the gas companies to cover the engineering costs. Being able to reach out to the industry has really helped us to move forward. It’s going to provide them a safe place to walk and better access for the businesses.”

Every day does not bring with it a crisis nor a holiday, and Litwin is grateful that what initially felt like a burden has become a blessing to the municipality. “Nicholson borough is fortunate to be in a position with Cabot that, if we need a load of stone or rocks, they can provide that for us and drop a load where we need it,” he related. “It’s a relationship that we can count on every day.”