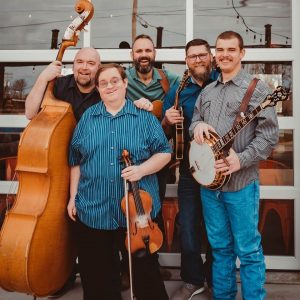 Despite the fact that the 13th annual NEPA Bluegrass Festival slated for Friday to Sunday, May 28 to 31, is about a month beyond the current COVID-19 restrictions date recommended by the president of the United States and Pennsylvania Gov. Tom Wolf, organizers of the much-anticipated live music event cited the prolonged effects of the global pandemic for their decision yesterday to cancel this year’s event.

“It is unrealistic and unfair for us to move forward with the festival,” Danny and Christa Stewart expressed in a press release. “The safety of our customers, bands, volunteers, vendors and the Tunkhannock Township residents and surrounding communities is foremost in our minds.”

Just three weeks ago, the Stewarts were excited about bringing Michael Cleveland & Flamekeeper (above), recent winners of a Grammy for Bluegrass Album of the Year, to the “traditional stage” at Lazy Brook Park as headliners. Also topping the bill were The Grascals, Sideline, Lorraine Jordan & Carolina Road, the Kody Norris Show, and Valerie Smith & Liberty Pike. If they were all combined, the awards alone that these acts have won would fill a stage.

The NEPA Bluegrass Festival, which offers free basic camping to weekend ticket holders, evolved quickly into a world-class affair since it began in 2008. The Stewarts found Lazy Brook Park to provide the perfect combination of a natural setting and home-spun music. Two stages at opposite ends of the park allow for simultaneous performances and leisurely strolls between venues and among campsite and vendors.

All tickets purchased for this year’s NEPA Bluegrass Festival will be honored for next year’s festival, planned for June 3 to 6, 2021. In keeping with their ticket policy, refunds will not be offered at this time. “Please stay safe and healthy,” said the Stewarts. “May God protect and comfort you during this difficult time.”

In the meantime, bluegrass fans should consider treating themselves to virtual concerts and supporting the acts they would have seen this year by sampling their music at their respective websites and purchasing downloads of their favorite songs. What follows is a synopsis of the key performers that was prepared for release prior to the decision to cancel the event.

Michael Cleveland and his band released “Tall Fiddler” to much acclaim in the summer of 2019, eclipsing albums by other top-notch artists to win the Grammy. Playing fiddle since he was four, Cleveland got his first big break as a guest of Allison Krauss at the Grand Ol’ Opry in 1993. He’s had the privilege since then of playing with some of the biggest names in bluegrass over the years, including Rhonda Vincent and the Rage – 2019 NEPA Bluegrass headliners. 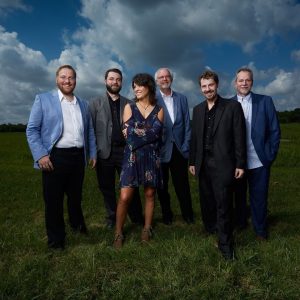 The Grascals (above) hail from Nashville and have been named Entertainer of the Year twice by the International Bluegrass Music Association (IBMA), as well as earning three Grammy nominations. Always cognoscente of the stars that ascended before them, the band led by Danny Roberts, Terry Smith and Kristin Scott Benson is also considered to be cutting edge, mixing original compositions with gospel favorites and even a crowd-pleasing rendition of “Last Train to Clarksville,” popularized by the Monkees in 1967. 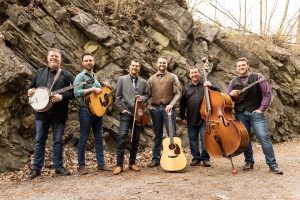 Sideline (above) is another band with fresh wins under their belts, taking a “Song of the Year” award from IBMA in 2019. The six-piece powerhouse of sound was founded by Steve Dilling, Skip Cherryholmes, and Jason Moore, who play banjo, guitar and bass, respectively. Championing their North Carolina Bluegrass Sound, Sideline started as an off-season experimental act until its members realized just how perfectly their styles melded. 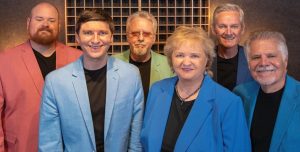 Lorraine Jordan has been leading Carolina Road (above) for more than 20 years and also founded the Daughters of Bluegrass, an all-female band. Jordan brings a traditional vocal style to the stage, and banjo player Ben Greene was named Banjo Player of the Year in 2015 by the Society for the Preservation of Bluegrass Music in America (SPBGMA) after having been nominated for the award three previous times. The band performs more than 100 times per year at prestigious festivals like NEPA Bluegrass. 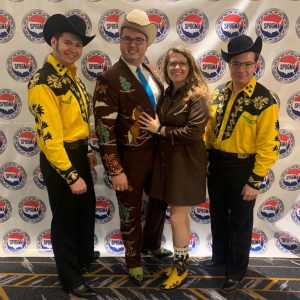 The Kody Norris Show (above) is no stranger to NEPA Bluegrass fans, who have enjoyed the band in the serene setting of Lazy Brook Park many times. Norris has put his own unique stamp on traditional bluegrass music by writing most of the songs the band plays and excelling at story telling, both through his lyrics and in between songs. Norris, multi-instrumentalist Mary Rachel Nalley, banjo player Joshua Tryree, and bassist Charlie Lowman bring high energy and humor to the stage. 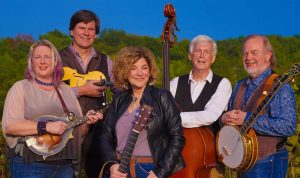 Valerie Smith’s musical stylings have been called “grassicana,” a hybrid of bluegrass, country and Americana. Her band, Liberty Pike, is named after the road between Nashville and her home town of Bell Buckle, TN, and features Hall of Famer Tom Gray on bass. Smith (above, center) owns and operates the Bell Buckle music label, which provides plenty of opportunities for collaborations with other artists and an unending evolution of her repertoire.

“We love you all and please know that this was a very difficult decision to make,” the Stewarts maintain. “But, during this crisis, your safety and health was of the utmost importance to us.”