Montrose Students Head into Holidays With Warm Heads and Feet 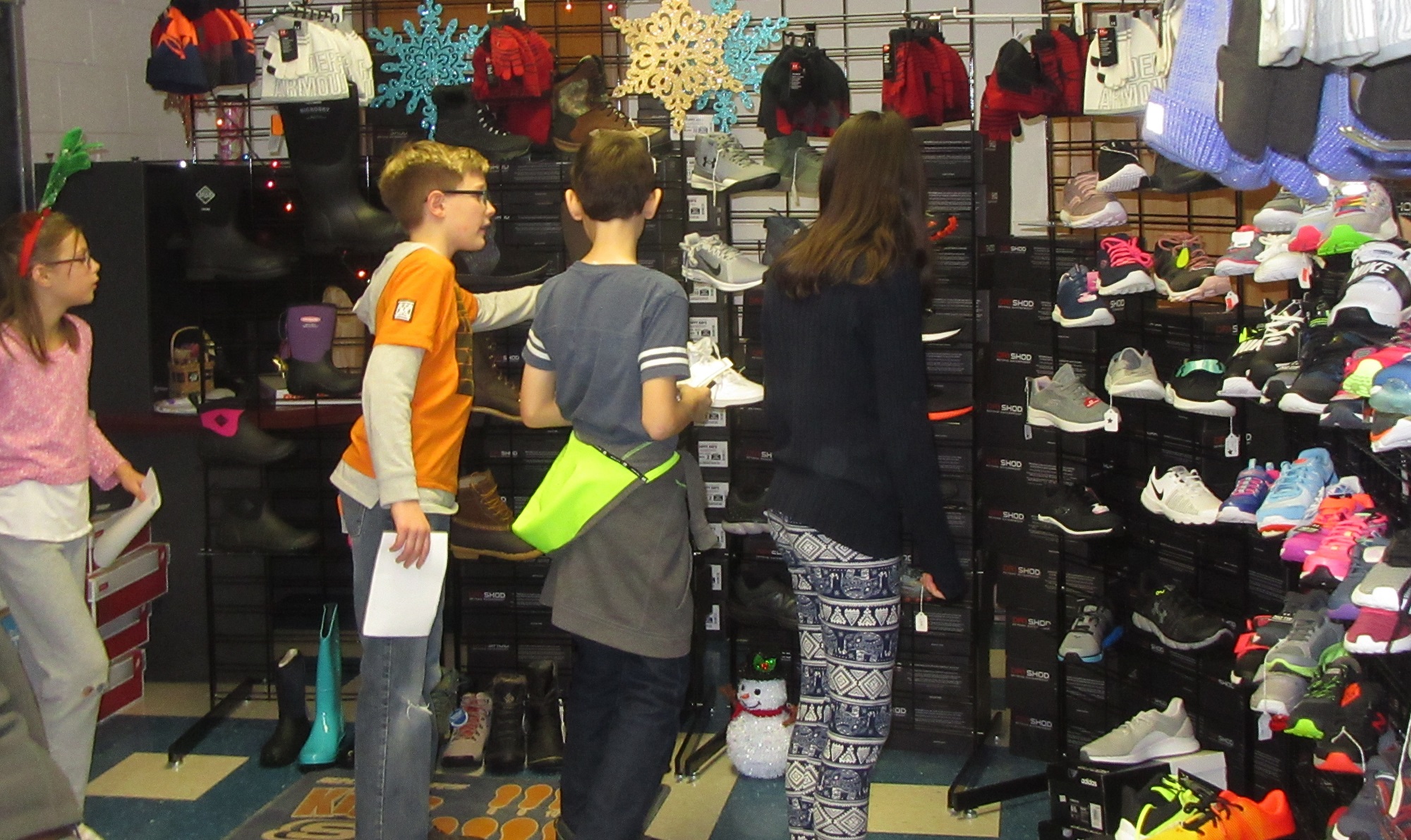 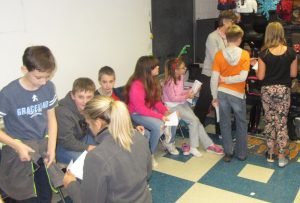 Lathrop Street School fifth-graders make their selections from the variety of apparel displayed in a temporary shoe story set up in one of their classrooms after being fitted.

Montrose business owner Adam Diaz and family recently sponsored an unprecedented project in the Montrose Area School District. Approximately 650 children at the Lathrop Street and Choconut schools in grades K through 6 were given free footwear, hats and gloves. Over the course of Dec. 11 to 13, students were led one class at a time to a room set up convincingly as a retail store. Teachers, Diaz family members and employees of the New Shoe Store Plus fitted 10 pupils at a time and sent them on their way with the new apparel.

“I thought he was kidding,” said shoe store co-owner Mauri Conner of Adam’s initial contact with her and her husband, Kevin. “But we were excited to help.” They packed up 200 cases of footwear, hats and gloves in a variety of styles, colors and sizes. Employee Jessica Caines also helped.

He wanted it to be for all the kids. It’s very nice,” Kevin remarked, adding on the second day of the project that it was gratifying to see the younger students who had been fitted the previous day getting off their school buses in their new boots and hats.

Though the first-time endeavor was surely daunting at times, the Conners made it look easy as they went behind the screen to the other side of the room to find the precise size of boot or sneaker where they were stacked in their boxes in well-organized piles. Every student was eligible for the giveaway, with less than a dozen parents of Lathrop students declining the offer.

“We didn’t want to segregate,” Adam said of the fact that the donation was not needs-based. “We wanted every kid to feel involved and have a fun experience.”

“It’s wonderful of them,” said third-grade teacher Ann Lathrop. “The kids are so appreciative and have really looked forward to it.”

Adam’s wife, Julie, is a nurse at the school and told him as the weather turned colder that too many children did not seem to have proper attire. Adam said that he was inspired by Cabot Oil & Gas, a company that routinely spearheads similar community initiatives.

“There is no reason that other contractors can’t do this,” said Adam, suggesting that Cabot shouldn’t always have to take the lead. “We can all give back to a community that is dealing with our impacts. It is because of the work that Cabot gives us that we are able to do this.”

Likewise, Adam added, “It’s important for me to show my daughters that they have to give back.” Katelyn and Tayler Diaz were among those assisting with the fittings.

“What a fabulous way to show their generosity,” Lathrop school principal Karen Ricci said of the Diaz family. 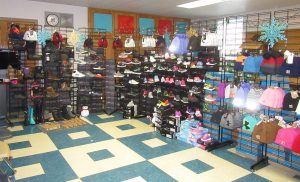