In: Local Talent
With: 0 Comments 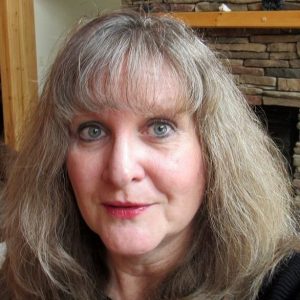 The near corpse of a stranger had no idea where he’d been, how long he’d been there or who had kept him captive. But one thing intrigued journalist Lisa Jamison even more than his story: recent memories of a woman named Chandra Bower.

Seven years had passed since Chandra disappeared from Seneca Springs without a trace. Police investigators still compared DNA records whenever an unidentified body appeared, hoping to at least bring her family closure. Lisa still chased down leads from desperate family and friends, being careful to hide her investigations from an editor who thought she’d become obsessed with a woman who was clearly dead.

But this man had just seen her, sewing designer clothes in a dark, filthy basement with about twenty other men and women under horrifically inhumane conditions. And the sweatshop workers all had one thing in common: All were people of color.

A split-second decision to help the man takes Lisa on a race against time. His captors want him back, there is evidence someone on the police force might be involved and the man knows that if he were recaptured, they would torture him until he revealed the names of the two people who helped him escape: Lisa Jamison and Chandra Bower.

Lisa promised her teenage daughter she would stay away from the dangerous stories ever since her job had nearly gotten them both killed two years before. But she no longer has a choice. She must keep the stranger hidden while she gathers enough evidence to turn the case over to city police or the FBI. At least three lives—her own, the stranger’s and Chandra’s—depend on it.

Lori Duffy Foster is a former crime reporter who writes and lives in the hills of Northern Pennsylvania. She is author of A Dead Man’s Eyes, the first in the Lisa Jamison Mysteries Series and an Agatha Award nominee. Never Broken is book 2 in the series. Look for her debut thriller, Never Let Go, in December of 2022. Her short fiction has appeared in the journal Aethlon, and in the anthologies Short Story America and Childhood Regained. Her nonfiction has appeared in Healthy Living, Running Times, Literary Mama, Crimespree and Mountain Home magazines. Lori is a member of Mystery Writers of America, Sisters in Crime, The Historical Novel Society, International Thriller Writers and Pennwriters. She also sits on the board of the Knoxville (PA) Public Library. 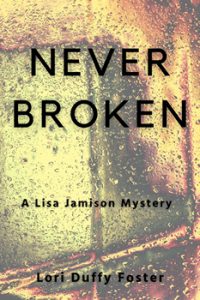 This program is free and open to the public. Copies of “Never Broken” will be available for purchase. Please contact the Library at (570) 297-2436 or bclibrary@bradfordco.org for more information. The Bradford County Library is located on Route 6, one mile west from the town of Burlington.