In: Hunting
With: 2 Comments 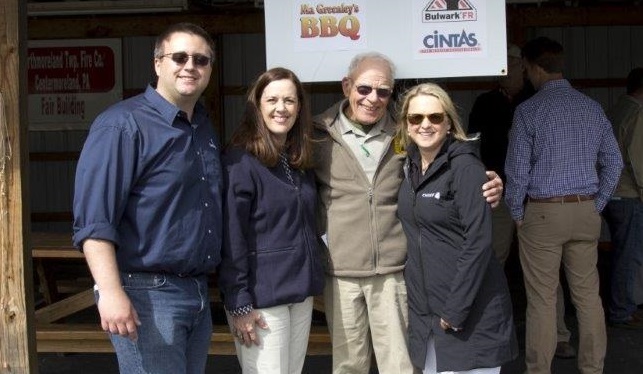 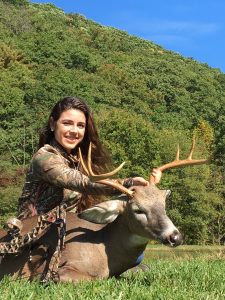 The number of hunters in Pennsylvania donating their venison to help feed families in need pushed Hunters Sharing the Harvest (HSH) into record territory for the 2019-20 campaign. Much of the more than 155,000 pounds of ground deer meat they collected is delivered to food banks in the Endless Mountains like the Helping Hands Food Pantry in Wyalusing. 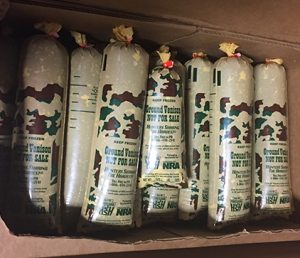 “We have beaten all records since 1991,” said John Plowman, executive director of HSH since its inception that year. HSH is administered by the Neighborhood Assistance Program (NAP) and the Weinberg Food Bank, the latter of which coordinates distribution to outlets in Wyoming and Susquehanna counties.

Their goal is to channel about 100,000 pounds of meat per year through approved deer processors, food banks and other charitable organizations to offset the food security issues faced by more than 1.5-million Pennsylvanians. HSH estimates that an average size deer can provide 200 meals-worth of high protein, low fat, ground meat.

The venison reaches both rural and urban consumers who, Plowman related, “can’t get enough of it.”

He credited supporters like Ann Burgess of the Wyalusing Area Rotary Club for working closely with Helping Hands Food Pantry manager Peg Huyck to get the venison to rural consumers. The Rotary Club also conducts a venison dinner each January to bolster awareness of the program.

When the Burgesses first heard of Hunters Sharing the Harvest, Ann recalls, “We thought it was a good way to get some meat for the people who come to the pantry, as meat is often in short supply.”

“It’s often the only red meat they get,” Plowman said of the food pantries.

Cabot Oil & Gas Corporation donated $5,000 to HSH last year, which helped cover the costs of processing the deer and short-term storage. After a chance encounter with George Stark, Cabot’s director of external affairs, Plowman said, “They extended awareness of the need to employees who have become individual donors. Cabot has a strong consciousness for helping people.”

“Hunters Sharing the Harvest had a tremendous year, and Cabot is proud to support the organization,” Stark stated. “It’s been wonderful to see them create opportunities that allow hunters to help fight food insecurity.” 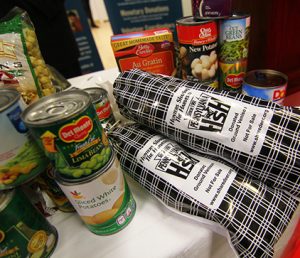 Cabot’s donations are funneled through the Weinberg Northeast Regional Food Bank. The same is true, Plowman said of other corporations, but newer partnerships with those in the gas industry, including Chief, SWN and Williams, have allowed HSH to wave the $15 fee passed on to hunters up to 2014, which has exponentially increased the donations.

“They’ve helped us grow this program to what it is,” said Plowman. HSH is fully contained within Pennsylvania, but it serves as a model for other states. Plowman has worked with agencies in Ohio and Delaware and as far away as Iowa and Florida to help them establish similar programs.

“The hunter has to have confidence that the deer that he worked hard to get is going to go where he wants it to go,” Plowman explained. When a hunter brings a field-dressed deer into the butcher shop, the accountability begins when he or she fills out a donation form, copies of which go to the hunter, the butcher and HSH.

The venison distributed via the Rotary and Helping Hands in Wyalusing is processed at Litzleman’s in Dushore and Bruce’s Meat Processing in Athens. Transportation is largely handled by the volunteers in the individual counties.

Ann and Donald Burgess stay busy during winter months picking up the venison as soon as it is ready for consumption. “They do a super job at that,” said Plowman. “If not for Ann and so many people around the state, we wouldn’t be able to move the meat so quickly.”

“When the call comes, we don’t hesitate to go. We’ve picked up a lot of meat,” Ann remarked, noting that all of the venison that she and her husband acquire goes to Helping Hands. In just a few years, they went from moving 20, then 600, then 1,000 pounds of meat. Last year, they transported a ton and still have 300 to 400 pounds of ground venison in storage.

Spreading awareness of HSH has become a big part of the Burgess’s lives, with Ann and Donald talking to hunters 12 months out of the year. “I try to make sure that when people donate venison that they say want it to go to the Wyalusing food pantry,” Ann explained.

“They do a super job. They’re taking care of a lot of struggling people in northeast PA,” Plowman said of HSH supporters, including Roger Kingsley of Columbia Crossroads, and Steve Szoke of Forksville. Food bank operators are expecting a long-term economic recovery from COVID-19 related slowdowns, which will likely increase the number of families in need into next year. With that in mind, Plowman added, “Our deer meat has never had more value to help people fighting hunger.”

Nonetheless, butchering costs go up every year, as does the cost for refrigeration, Plowman related. Cash donations have become as important as the venison itself. HSH maintains an impressive website – www.sharedeer.org – with all the information a hunter or potential donor needs to get started, as well as lists of corporate partners, additional area coordinators, and other contact information. According to the website, local volunteers are needed in both Susquehanna and Wyoming counties. 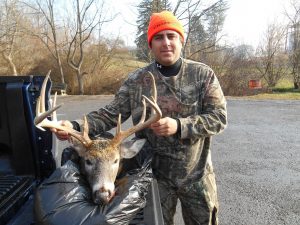 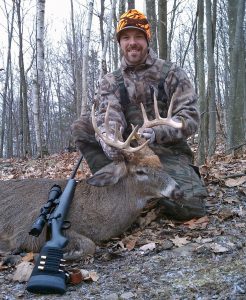