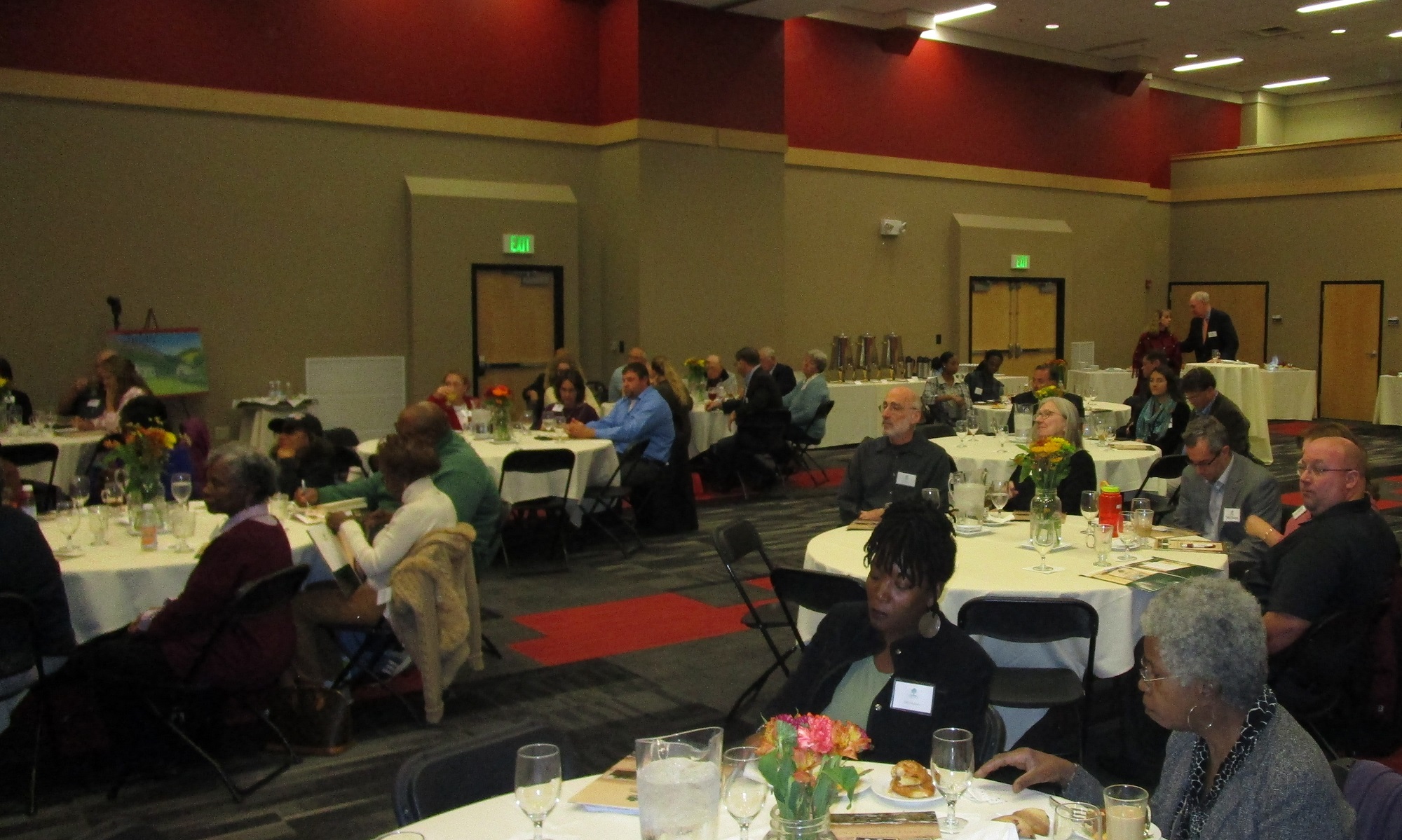 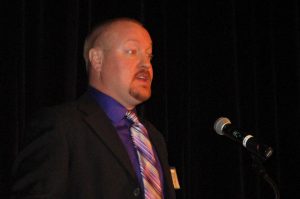 Cain Chamberlin, executive director of the Endless Mountains Heritage Region (EMHR), which serves and promotes historical and agriculture initiatives in Bradford, Sullivan, Susquehanna and Wyoming counties, was the keynote speaker at the Dennis Farm Charitable Land Trust (DFCLT) Symposium, which was held at Keystone College in La Plume on Thursday.

Dennis Farm CEO Denise Dennis invited Chamberlin (above) to be the first “local” keynote speaker for the seventh-annual event, in that he is a Bradford County native and represents a regional organization that has worked closely with the DFCLT since its inception in 2001. The EMHR first provided funding from the PA DCNR for an interpretive master plan and, this year, for 11 interpretive signs on former farmland in Brooklyn Township, Susquehanna County, that symposium guests had an opportunity to tour.

“Having been asked by Denise to be the keynote speaker for the event was particularly humbling and a true highlight of my time with the Heritage Region thus far,” said Chamberlin. “Because of its agricultural connection. Fully documented family history, and association with early African American life and American conflicts dating back to the French and Indian War, the historical and cultural significance of the Dennis Farm is almost immeasurable.”

Chamberlin applauded the Dennis family’s passion for historical preservation and their desire to learn all they can about their lineage as truly inspiring and exemplary of what the EMHR looks for in a heritage partner.