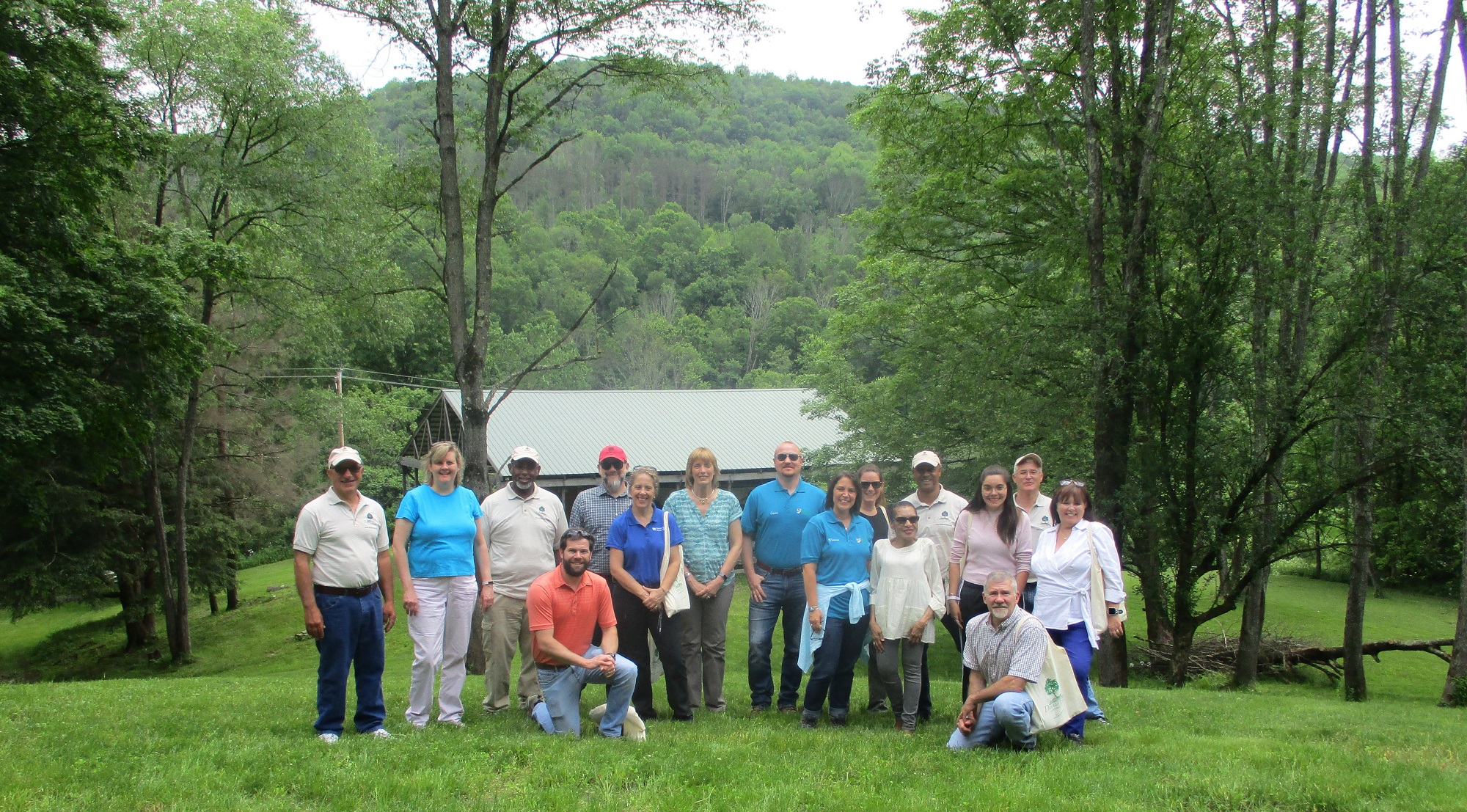 After executing their regular business meeting on June 5 at the First Universalist Church in Brooklyn, members of the Endless Mountains Heritage Region (EMHR) drove over the hill to another historic Susquehanna County site that is destined to receive national attention over the next decade. Though a number of organizations have since become involved with the Dennis Farm Charitable Trust, co-founder Denise Dennis wanted to personally thank the EMHR board for funding an interpretive plan that helped to garner further attention. 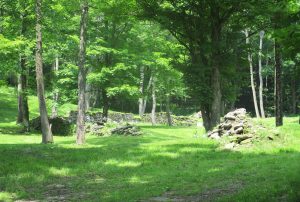 “There are very few, if any, places like the Dennis Farm where one can walk for acres and acres and know that when the United States was young, a free African American family purchased, owned and cultivated this land by and for themselves,” said Denise. “And, in the 21st century, it remains in the stewardship of that family’s descendants.”

Denise joked that her brothers appointed her the director of the board because she talks the most. But her account of how the Perkins and Dennis families both moved to Susquehanna County from colonial New England, were joined by marriage, and flourished in a new nation that was otherwise anything but united kept the visitors spellbound.

Despite what may have been going on elsewhere, Susquehanna County provided a comfortable environment for people of color to pursue their faith and their dreams. That is not what most people expect to hear, she explained. “There are no horror stories,” Denise insisted. Its legacy has already been preserved in influential accounts penned in the mid-19th century.

Chamberlin asked Denise if the farm had any connection to the Underground Railroad, the conduit by which slaves escaping the south were shuttled north to freedom. While such knowledge was not directly passed down by her ancestors, she related, prominent historians are confident that the proximity of the farm to the Susquehanna County Anti-Slavery & Free Discussion Society, two AME (African Methodist Episcopal) churches, the known residency in the county of freedom seekers from south of the Mason-Dickson Line by the 1940s indicate that it was highly probable.

“It was truly a pleasure to meet with the Dennis family who all possess a wealth of knowledge about the property and their proud heritage,” said Chamberlin. “We are so glad that Secretary Dunn and some of her staffers were able to join is for the exciting and educational tour. It was an incredible experience I’ll not forget.”

“Touring the farm was amazing,” EMHR board member and Wyoming County planner Lynnelle Farber remarked in reference to the in-depth stories and their relevance to the 153-acre property. “I had goosebumps listening to the family tell the tales.”

It is the hope of Charitable Trust members that ongoing funding will help them fully restore the house and construct an interpretive center that can also be used by local organizations for meetings. The site has become the focus of various Keystone College programs and studies. Taylor has served as the key coordinator for tour groups. Otherwise, there are not yet any public hours for visiting the Dennis Farm.

But sweeping changes are on the horizon for the site as Denise and her helpers spread the unique story and secure funding. They have a new grant application for additional signage submitted to the EMHR, and Denise was excited to divulge that the National Endowment of the Humanities has expressed an intense interest in the Dennis Farm as the nation’s 225th birthday approaches in 2016.

“They want to tell our story as part of the American story,” she stated proudly. “The Dennis family’s awareness and active interest in what was happening politically, especially in regard to how it affected African Americans is an essential and significant part of our story, and the books reflect this.”

“To say that the Dennis Farm is of historical and cultural importance would be an understatement,” said Chamberlin. “The EMHR considers the Dennis Farm Charitable Trust to be a valued heritage partner and the farm to be a true gem of the Endless Mountains. It truly embodies practically everything the EMHR stands for.” 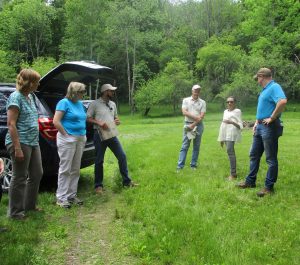