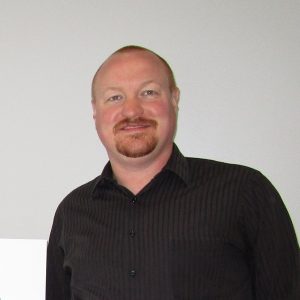 Cain Chamberlin, who became executive director of the Endless Mountains Heritage Region (EMHR) in 2018, was recently appointed president of Heritage PA, the umbrella organization for the 12 recognized Heritage Areas within Pennsylvania, five of which are also nationally recognized. Chamberlin is the first representative of the EMHR, which serves Bradford, Sullivan, Susquehanna and Wyoming counties, to serve at the state level.

Chamberlin is a native of Wyalusing and previously worked as a news reporter for the Rocket-Courier newspaper, through which he increased his familiarity with the four-county region. His background in journalism and communications led him to an appointment by the Heritage PA board as secretary and as a member of its Communications Committee after his first few meetings.

“Heritage PA is truly a great program to be a part of and a wonderful group of people to work with,” said Chamberlin. When he learned from the nominating committee that he had been recommended to serve as president, Chamberlin added, “I was humbled and rather shocked, given so many managers have much more experience that I do.”

Chamberlin hopes that the nomination was a reflection of the progress that he and his staff and board of directors have made since he stepped into his role with the EMHR. “I am incredibly grateful to all of them for their guidance and hard work,” Chamberlin remarked. “Ultimately, I’m just proud I’ve been able to earn the respect of my fellow Heritage Area managers so quickly, and I appreciate their votes of confidence.”

“With roots in the Commonwealth’s rich natural, cultural, and industrial history, Pennsylvania’s Heritage Areas create partnerships that enhance a region’s ‘sense of place’ and strengthen regional economies,” said Department of Conservation and Natural Resources (DCNR) secretary Cindy Adams Dunn. “Thank you to Cain Chamberlin for stepping into the leadership role for our 12 state and federally designated heritage organizations.” DCNR’s Bureau of Recreation and Conservation administers the Pennsylvania Heritage Areas Program.

Some tasks on the Heritage PA agenda that Chamberlin will help to oversee in the coming year include revamping the organization’s website, the development of an e-newsletter, and securing funding for Heritage Area program.

“Legislative advocacy for funding is our biggest initiative at the moment, particularly following the massive financial burden COVID-19 has placed on the state,” Chamberlin related. “We are in the process of an economic impact study that will show how critical our Heritage Areas are in boosting tourism and garnering revenue for our communities. I think it’s important we also emphasize the important work many Heritage Areas do in conserving and improving our parks, trails, and waterways, which have become recreational hot spots during COVID.”

While each Heritage Area is managed and operated independently, Chamberlin noted, members benefit in coming together to share ideas and methods for bettering their respective communities. “While we may all be trying to acquire our own piece of the pie when it comes to state and federal funding,” he explained, “we’re all working toward similar goals like promoting heritage tourism in the state, preserving the history that makes each heritage area unique, and engaging the public in healthy outdoor recreational committees.”