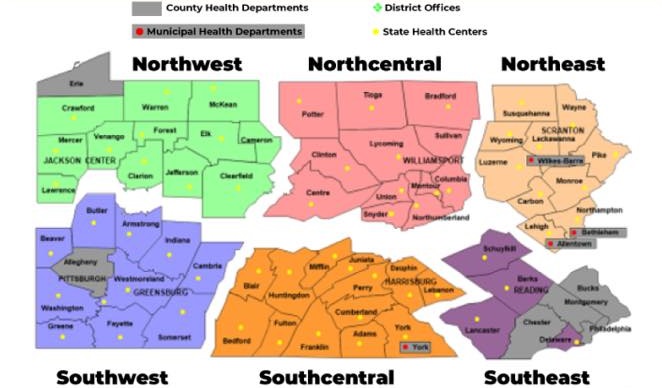 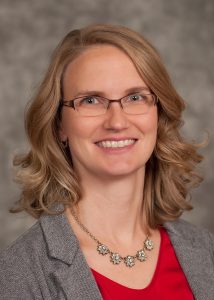 In a letter dated April 24, Wyoming County Chamber of Commerce President Gina Suydam openly questioned Gov. Tom Wolf’s logic behind grouping Wyoming and Susquehanna counties with Luzerne, Lackawanna and other counties to the east as part of his overall plan to re-open businesses within the state as the COVID-19 crisis shows signs of abatement.

While these two rural counties are often generally included in references to Northeast Pennsylvania and are included in the Wilkes-Barre/Scranton radio and television metropolitan market, they are consiedered part of the Endless Mountains region for economical, agricultural, historical, and tourism purposes by the same state that can now delay the reopening of businesses indefinitely.

As Suydam notes in her letter below, Wyoming and Susquehanna counties are are also considered part of the DCED PREP Region that includes Bradford, Sullivan and Tioga counties. The governor has firmly placed those rural counties in a Northcentral Pennsylvania zone that will get the “yellow light” to start opening businesses as early as May 8, well before those that remain in the “red light” regions.

I respectfully submit this letter on behalf of the business community in Wyoming and Susquehanna Counties advocating for our counties to be classified as a part of the Northcentral Region as part of the plan for reopening Pennsylvania. The number of coronavirus cases in our counties parallels the numbers in the northcentral counties, and in contrast Wyoming County and Susquehanna Counties combined total cases are 10 percent of the average cases per county when grouped into the northeast region.

The population density in each county is less than 75 people per square mile, and our population centers have less than 5,000 in each municipality, and our county hospitals have treated very few cases of COVID-19. Our counties’ rural demographics and economics align with that of the Northcentral Region.

Our counties are grouped with Tioga, Bradford and Sullivan for purposes of our DCED PREP Region. Our economies rely on one another for business support and workforce making it difficult if we are separated in the timing of reopening. Again, I respectfully request you consider adjusting the regional lines to include Wyoming and Susquehanna Counties with the Northcentral region for the purpose of reopening Pennsylvania.

Conversely, many Wyoming County residents have voiced concerns on social media that our proximity to Lackawanna and Luzerne counties, the latter suffering an especially high infection rate, will lead to an influx of travel here to shop and seek other services still unavailable to them in a “red light” county.

Walt Keppard, a regular contributor to the Good Friends From Tunkhannock Facebook page stated, “I’m extremely grateful that Wyoming county only has 17 cases and feel relatively safe going out living in Tunkhannock, be it though with a mask on and precautions taken. However, I do not want to see our county open too soon for fear of people from the hot spot counties around us flooding in and possibly bringing the infection with them!”

On the same page, Wyoming County commissioner Rick Wilbur wrote, “In my opinion, it’s ridiculous that Wyoming County is grouped with counties with the highest rates around when we only have 17 cases.” He noted that he’d already contacted Sen. Lisa Baker and Rep. Karen Boback to come up with a plan to try to fight the governor’s decision and will offer and update during a meeting of the county commissioners set for 9 a.m. on Tuesday, April 28.

Holly Arnold expressed similar sentiments: “The Governor has repeatedly said this is ‘data-driven’ and looked at county-by-county. None of the COVID data supports grouping Wyoming with Luzerne for the purposes of reopening.”

Kathy Strunk argued, “I know the data doesn’t fit, as we have a low amount of cases, but I feel that people from that area will flock here to eat, drink, get haircuts, etc.” But, she added, “There are many small businesses here that could open with monitoring.” She works part-time at a florist, “and not opening by Mother’s Day (the biggest and last major holiday of the season) is going to be detrimental.”

Michael Severcool suggests, “Open it the way you shut it down – County by County.” Severcool feels that the governor’s plan will “do the most damage to our economy.”

The governor has, in fact, said that he will reopen the state county-by-county, but his official plan and map indicate otherwise.

“If we are stuck in that group, we’ll be among the last to be opened up,” Wilbur remarked.