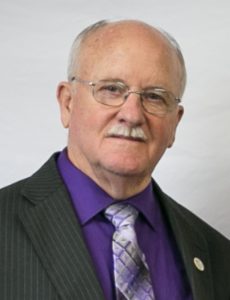 The Bradford County Library presents David Beers (above) discussing his book “Reign of Injustice: The Cal Harris Story” on Monday, Aug. 3, at 6 pm. This event will be available through Zoom only. Please call 570-297-2436 or email bclibrary@bradfordco.org to register for this event. The Library will be accepting registrations up to one hour before the event.

On September 12, 2001, Michele Harris went missing from a small town in upstate New York. She has never been found, and the mystery surrounding her disappearance remains. Four years after she went missing, her wealthy husband, Cal Harris, was arrested and charged with her murder.

With neither a body nor a murder weapon, Cal was tried and convicted of her murder. Then new evidence surfaced. His conviction was overturned, and a new trial granted. But once again, he was convicted and sentenced to 25 years to life in prison. hat conviction, too, was overturned on appeal. The saga continued as Cal went on trial for the third time. This one ended in a mistrial.

By the time Cal went on trial the fourth time, Michele had been missing for nearly 15 years.

Defense investigator David M. Beers worked on the Cal Harris case from start-to-finish. His account, “Reign of Injustice,” walks you through the details and events of the case never before revealed. It provides an inside view of the scandalous case facts you will not find elsewhere, including why he considers Cal’s story a reign of injustice. 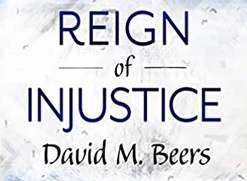 David M. Beers holds a Bachelor of Professional Studies Degree from Empire State College. He served six years in the United States Marine Corps before being honorably discharged at the rank of Staff-Sergeant. Beers then became a sworn member of the New York State Police. As a trooper, he became a police instructor, helping to develop, implement, and teach a state-wide highway drug-interdiction program. After being promoted to the rank of Investigator, Beers received additional training and experience and served in several specialized venues. Over several years, he received numerous commendations while routinely maintaining excellent and outstanding performance evaluations.

Beers’ career in law enforcement ended prematurely as the result of what later became known as the New York State Police Troop ‘C’ evidence tampering scandal. Beers was initially cleared of any wrongdoing but was later falsely accused of a host of crimes related to his work as a police officer. After a two-year legal battle that included two trials, Beers was completely exonerated of all charges. But having been tainted by the accusations, Beers was fired from his position as a police officer. His law enforcement career may have been ripped away, but his training and experience had not.

Over the next two years, Beers transitioned his training and experience into the private sector, where he became a licensed private investigator. With his collective experience as a marine, police officer, defendant, and now a private investigator, Beers developed a unique perspective of the criminal justice system. He started his own investigative business specializing in criminal defense investigation and consulting.