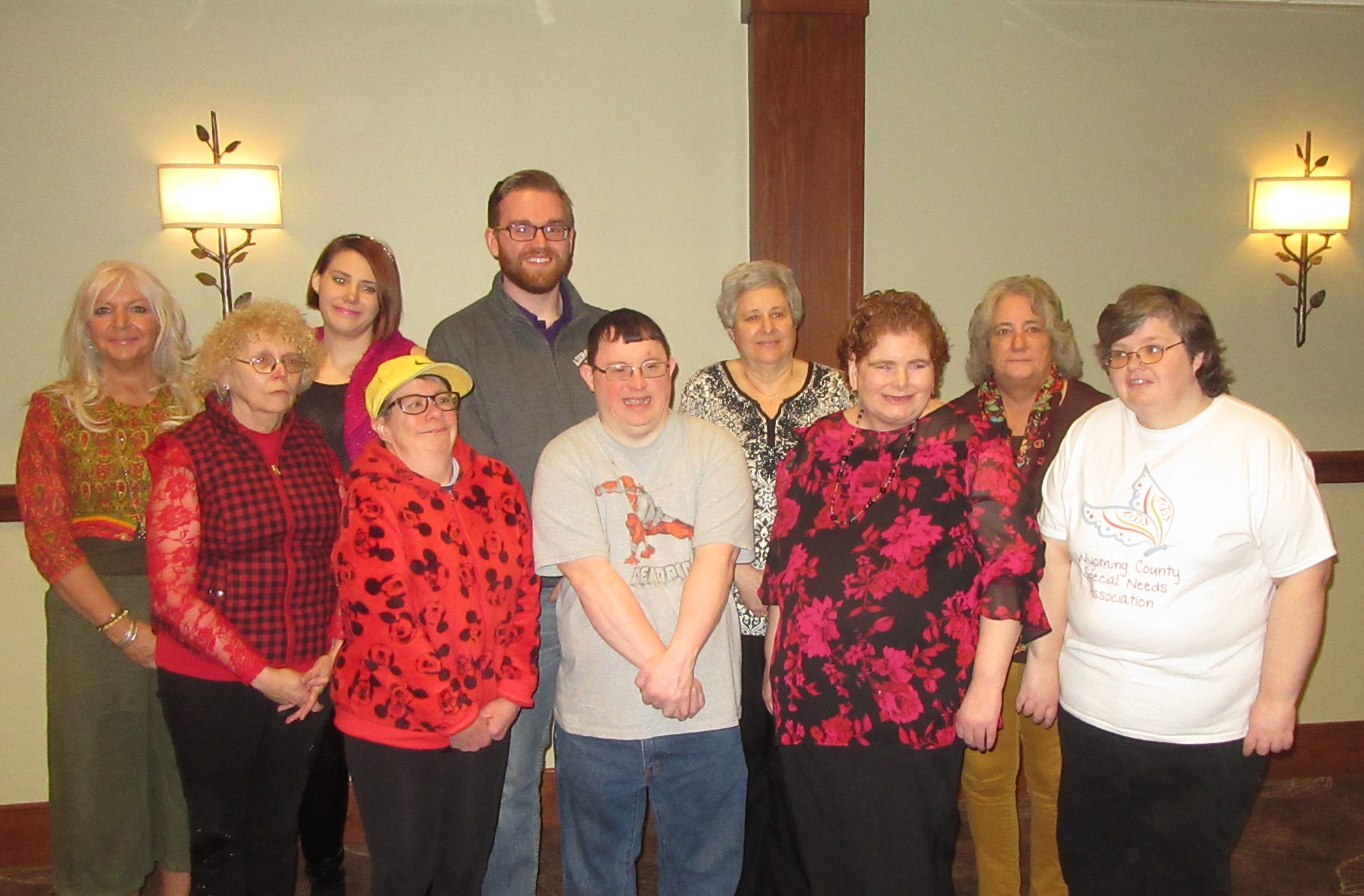 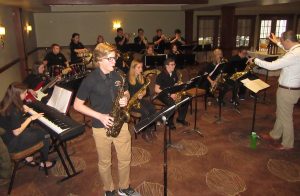 Luzerne-Wyoming Counties Mental Health and Developmental Services (MH/DS) honored five Wyoming County individuals on Friday who have both benefited from and shown dedication to programs and other participants. The second of two such MH/DS events conducted in March was held at Shadowbrook Inn & Resort in Tunkhannock. The Celebration of Abilities for Luzerne County associates was held one week prior in Wilkes-Barre.

Welcoming and closing remarks were offered by MH/DS deputy administrator Amy Tomkoski, who noted as guests were still arriving that the annual gathering began as a breakfast geared to awareness and evolved into an event focused on and acknowledging the unique gifts possessed by many of the agency’s clients and the amazing progress that some of them have made in recent years. 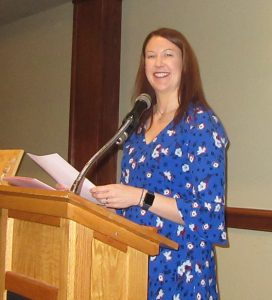 She quoted the late children’s television host Mr. Rogers by noting “the fact that each one of us is so much more than any one thing.” Tomkoski related her experience in high school with a student named James who had Downs Syndrome and how she lamented that the visits and chats they had at hall lockers in close proximity were shortened when a her classes got shifted to the other side of the school. Nonetheless, Tomkoski (above) recalled how James’ parents had to fight for their son’s involvement and inclusion in every art class and mainstream homeroom. As a career advocate for people like James, she remarked, “Now, I realize how exhausting that was.” 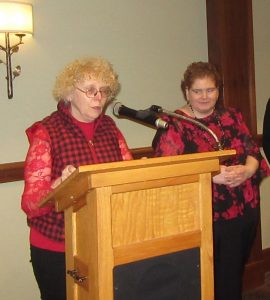 Three individuals were sponsored for awards directly by MH/DS support coordinator Marion Knorr (above, left): Karen Frey, Brenda Hunting, and Randy Severcool. Karen (above, right) was recognized for her great sense of humor, her penchant for shopping, and for the strength she showed dealing with recent medical issues and surgery. Brenda, it was noted, attends programming at the agency’s Keystone Bridge site in Tunkhannock four days per week, likes to dance and do volunteer work and works in the bakery at Keystone Konfections once per week. Randy (below, right) also likes music and dancing, volunteers at Seven Loaves Soup Kitchen in Tunkhannock twice per week and is involved in his community and church. 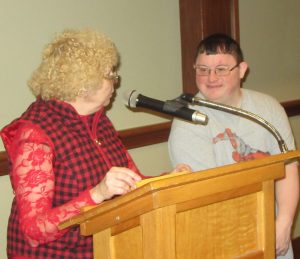 “Melissa was quiet and shy and never answered for herself,” Bennett (below, left) recalled. 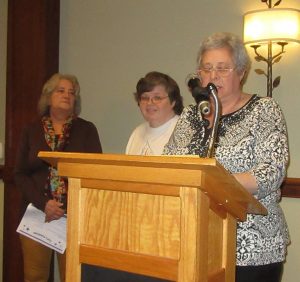 In a few short years, after a counselor paired her with a companion who helped engage her in more activities, Melissa (above, center) has been able to get a job and her own apartment and is able to walk by herself to local events and the soup kitchen a few nights per week. Melissa’s biggest accomplishment, Bennett said, is that can now self-advocate.

“It shows that, with a little help, people can accomplish their goals,” Wyoming County human services director and former MH/DS staff member Mike Donahue stated after the program. 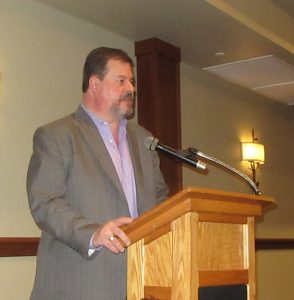 Art instructor April Cross was sponsored by MH/DS supports coordinator Robert Yanik and arts director Gwen Harleman and honored for her dedication to working with MH/DS clients. Tunkhannock High School band director Ken Luckey was given a certificate in gratitude of the involvement since 2015 of the school’s Jazz Band, who pleased guests upon arrival with a rousing repertoire. Wyoming County Commissioner Tom Henry (above) spoke to those in attendance about the meaningful experience that he has had as a seven-year member of the MH/DS board and his appreciation of their “coffee cart” days at the county courthouse. 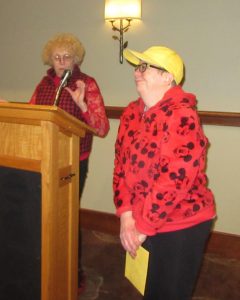 Brenda Hunting (right) is humbled by a glowing report of her progress as shared with the audience by Marion Knorr of MH/DS.

2019-04-04
Previous Post: Impacts of Drug on the Human Brain to Be Discussed
Next Post: Mercantile 22 Blends Old and New in Unique Fashion