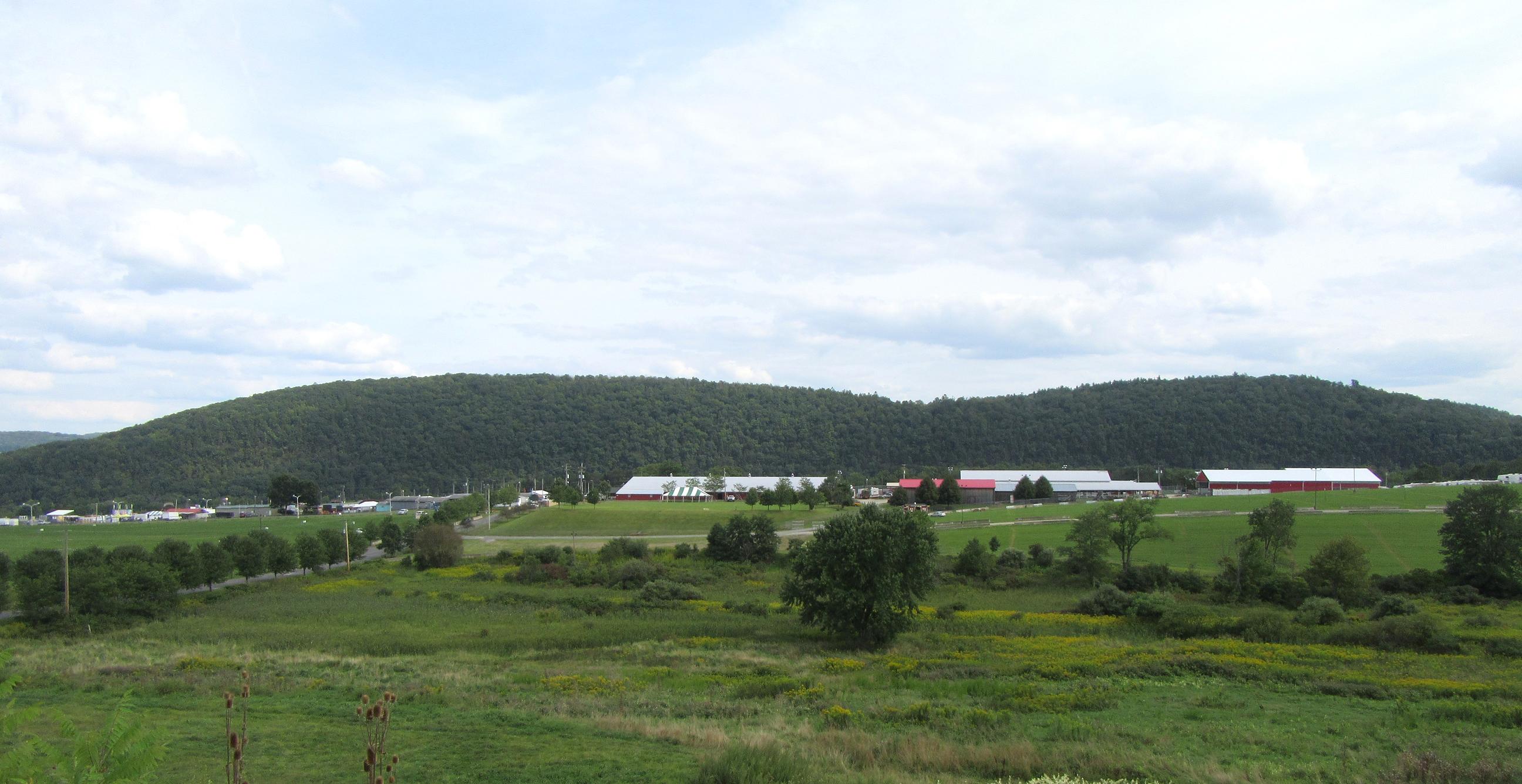 Photo by Rick Hiduk
Skies were partly cloudy over the Meshoppen Fair Grounds on Monday afternoon, and opening day of the six-day Wyoming County Community Fair looks mostly sunny with highs in the 70s and evening temps for fair-goers comfortable in the 60s.

Weather for the Wyoming County Fair has been uncharacteristically hot the past two years, but it looks as though participants, patrons and the animals will get a break this year, if not a few showers.

The trend into the first week of September is for average to slightly below average temperatures.