By: Rick Hiduk
In: Living The Life
With: 0 Comments 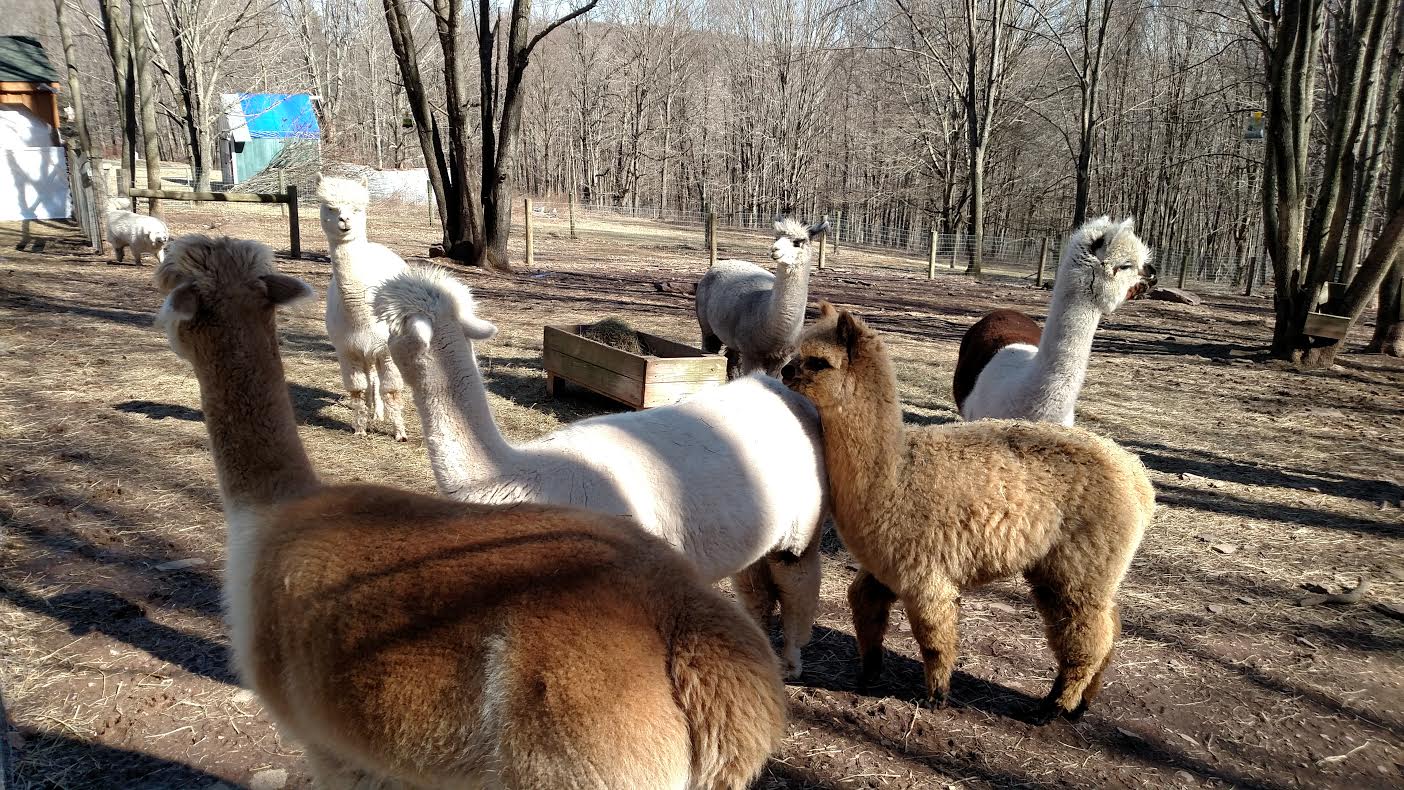 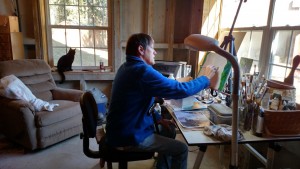 Photos and Commentary by Karen Black

Nestled on a wooded hill outside of Dushore, PA is a fiber farm owned by Deb and Ray DiBono called Artisan Alpacas. Visitors to their farm are announced by barking from their Livestock Guardian Dogs and greeted by the humming of curious Alpacas hoping for a treat (top).
Their farm store opened to the public in 2012 but their arrival with pregnant alpacas in tow during the flooding of 2011 is a memory still easy to recall. Before the rain had ended, they had three new cria – baby alpaca – to add to their farm and a phone call from their cousin asking when they were leaving since it hadn’t stopped raining since they arrived. But it did eventually stop, and they got down to the business of setting up a their dream farm.

When they first purchased the old Fulmer farm in 2001, the hillside property outside Dushore came with a cabin made from farm buildings and a silo and lots of trees. It was a retreat from the stress of city living. Before moving to the quiet idyllic countryside, Deb was a police officer and Ray worked in distribution for a pharmaceutical drug company in the Philadelphia area – both very high stress jobs.

Deb enjoyed painting to relieve her stress from work and sold her artwork on eBay. Today she still paints, sitting at her studio windows where she can look out on her Alpacas (above, with Bob the cat). You can see some of her work at the farm store.
Prior to deciding exactly where to move, Ray says, “We first visited the Poconos. It was beautiful, but it was too crowded, too much of the city …” Deb’s Uncle had owned a cabin in Shunk when she was a little girl, so they began visiting Sullivan County and just fell in love with Dushore.

Deb had grown up in a small town where her grandpa was the barber and her dad owned the local gas station. Everyone knew everybody. Kids could walk to the grocery store and back. Those times are long since gone, Deb reminisces. “But we got that same feeling visiting Sullivan County. It just all felt familiar somehow. So it was a good place to be.” And the cost of living was so much better in Sullivan County.

“We would never be able to afford such a beautiful home if we still lived near Philadelphia,” says Deb. Ray nods his head in agreement.

Deb and Ray met while both worked in the medical supplies profession, and Ray proposed on their first date. At the time, Deb said Ray was a bit crazy for proposing so soon, but 32 years later they are happy and stress free. “Except during birthing time,” Deb explains. “But to be able to sit and enjoy our animals is the best therapy for stress.”

Shearing time in May can get a bit tricky too. Alpacas unhappy about being tied up to be clipped will spit at anyone and everyone to show their displeasure. But their fleece yields over 70 pounds of fiber from 12 animals, and last year’s clippings have yielded over 55 pounds of yarn at the fiber mill used by the co-op in the region.

Ray and Deb did a lot of research into what animals they wanted to raise when they moved full-time to Sullivan county. “We visited a lot of different farms and tried to learn from their successes and mistakes.” The couple simply fell in love with Alpacas and any visitor can testify to the loving bond between farmer and animals. 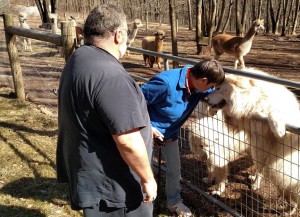 And that applies to their livestock guardian dogs as well. Huge Bear and the smaller Tessa and Rosie typify their breeds of Maremma and Pyrenees. These guardian dogs live with the Alpacas in any weather and protect them both day and night. Their bond with “their” Alpacas is a testament to generations of breeding and dedication to herd protection.
On any given day, you can find the most luxurious knitted goods in their farm store. Socks, hats, sweaters, scarves, toys and books fill the shelves. And there are lots of ribbons from competitions with their herd.

You will find Ray there, who works full time at the farm, joined by Deb on weekends. They both enjoy giving tours and chatting with visitors.

Deb works for emergency management services in Sullivan County during the week and feels honored to support all the volunteer organizations in the area. “It has always impressed me how tireless and faithful the volunteers are in this area,” says Deb. “Like the fire companies. It’s just amazing what they do with just volunteers.” 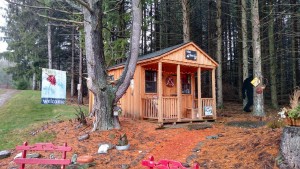 When working on the farm, both Ray and Deb enjoy sharing their love for their new found home. They love sharing information about the beautiful State Parks and vistas and other quaint attractions. They love that there are still farms, still fields and still spectacular views of nature in Sullivan County.
And they couldn’t be luckier with all the super new friendships they’ve developed over the last few years, says Deb. 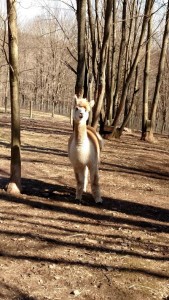 Selita (above) is the matriarch of the DiBono’s alpaca herd.