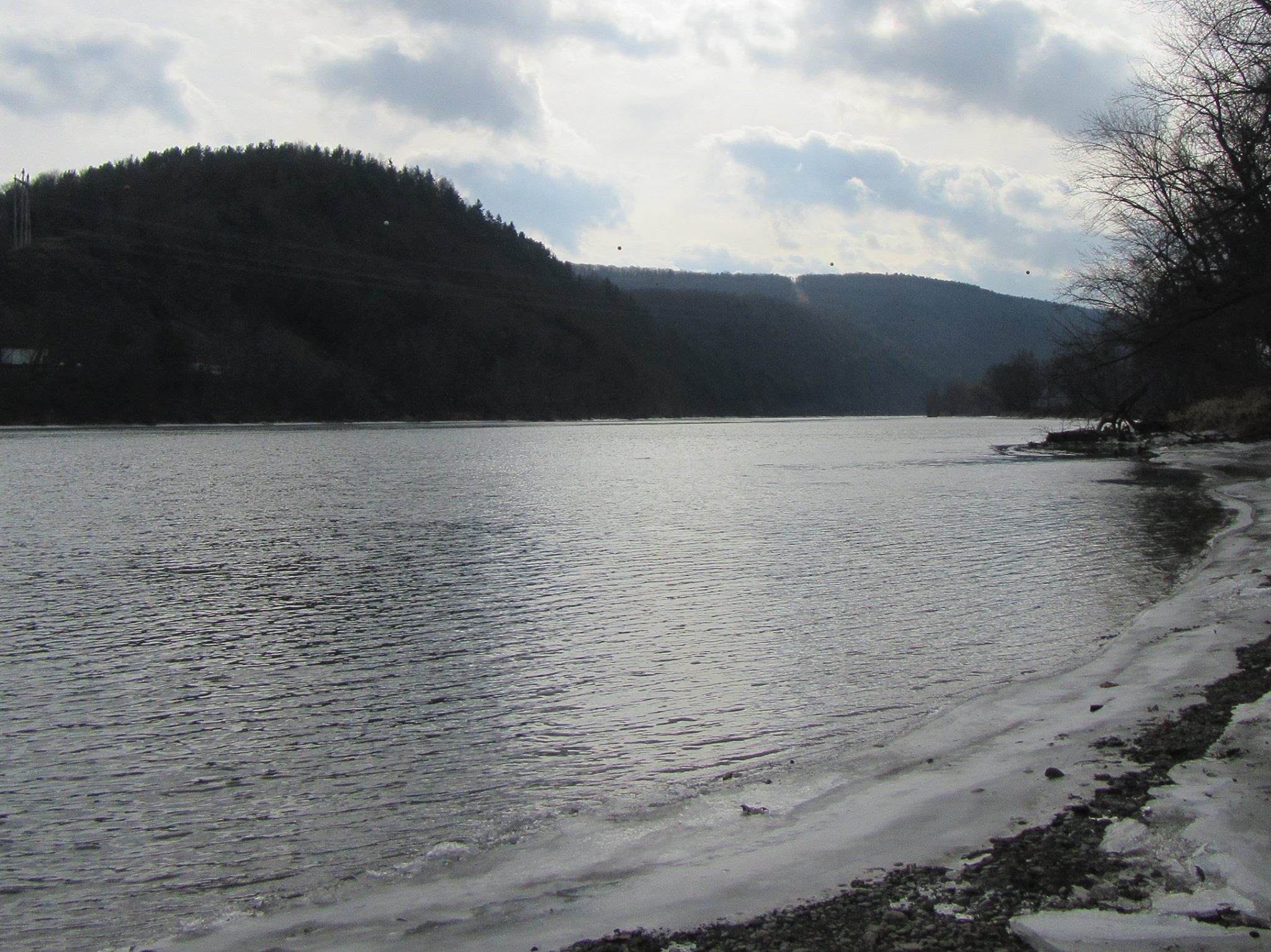 Photos by Rick Hiduk
The pancake ice that seemed destined to take over the Susquehanna River last week had all but melted as the water flowed between Wysox and Asylum Township on Tuesday afternoon. Temperatures flirted with 50 degrees in Wysox and across the region. Other recorded highs along the Route 6 corridor included 51 at Towanda, 46 at Marie Antoinette Overlook and Lime Hill, 47 in Wyalusing, 48 on Indian Hill, 50 in Laceyville, 52 in Black Walnut and Meshoppen, and 51 in Tunkhannock. Meanwhile, our friends south and east of the Endless Mountains still enduring snow packs could not get above 44 degrees.

The brief warm-up will be followed by more seasonable temperatures into the weekend, with occasional light snow or rain showers. Mild temperatures could return next week as El Niño continues its reign.

The EndlessMtnLifestyles.com weather report is based on expected conditions at approximately 1,100 ft elevation in Meshoppen Township, Wyoming County, near the center of the Endless Mountains region. Residents of river towns can generally expect slightly higher temperatures, while those at higher elevations may experience lower temperatures. Send us your Weather Window photos. Try to include a good horizontal/panoramic shot.