By: Rick Hiduk
In: Featured Music Chart
With: 1 Comment 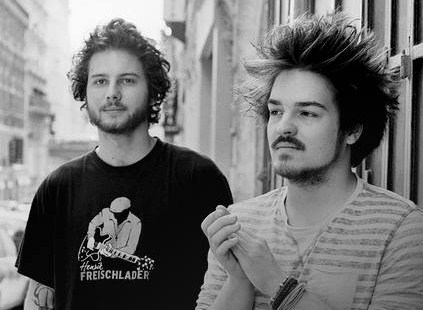 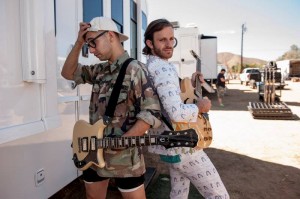 Milky Chance (top) and The Bleachers (above) landed at #2 and #3, respectively on the current Top Rock/Alternative Hits charts offered by EndlessMtnLifestyles.com. Read on to see if your favorites made the list.

Editorial and Compilation by Rick Hiduk

Through all of the years that America has had its own evolving brand of popular music, there have been artists and fans who were progressive, literally aiming for the avant gard or creating the next new wave. This alternative music base likely always spanned generations, including young and old alike who were bored with the status quo.

Alternative music was long the providence of smoky basement bars and eventually FM radio stations that few people were even yet equipped to receive. The advance of FM stations and Album Oriented Radio (AOR) catapulted the repertoire beyond the double-sided hit single in the late 1960s and early 1970s. Every track on a new release was fair game to rock DJs, before the record companies regained control. For a while, we began to hear many new sounds. New sounds encouraged new artists, and so on.

I had initially enlisted fellow writer Michael Wintermute to help me get caught up with the Alternative scene, which I hadn’t visited in earnest since last Spring. Mike is the newest member of LondonForce, the most capable and dependable alt rock and dance cover band in northeastern Pennsylvania. In addition to offering commentary, Mike presented me with a list of his five current favorites, three of which I’d never before heard.

As I worked my way through about 100 songs current- to six-months old that were even remotely referred to by someone as “alternative”, I was joined online by Skyanne Fisher from Wyalusing, who will shortly embark on a missions trip to Central America, and Todd Stemple, a fellow former Towanda schoolmate. Mike and Sky are closer in age in their early 20s, and Todd and I are in our early 50s. Nonetheless, there were similarities in the playlists each us of us brought to the table that defied the three decades that separates us.

Both Todd and Sky suggested artists and songs that I, after listening and/or watching the video, had to agree needed to be on the list. Alternative music in its many guises seems to be enjoying solid success currently in terms of its influence on other genres and in downloads and CD sales.

“The last few months have been amazing for the alt rock scene,” Sky remarked, listing Rise Against, Kongos, Bush, Milky Chance, Weezer, and Royal Blood among her favorite artists. “It’s my favorite genre, and I write (and therefore listen) to it a lot.”

Three sub-genres – folk, hard rock, and disco/electronic seemed to be struggling for dominance, but the blues and Europop refused to take a back seat.

“What I’ve seen in alternative music is an extreme embrace of electronic music elements in recording,” Mike noted. He wonders if an incorporation of those ingredients with more classic elements like guitars and live drums might not be necessary to prevent burnout, “as people’s ears get used to (and maybe even a little tired of) excessive electronic elements in music.”

Rhythm may be essential to any hit song, alternative or not, but melodic hooks and creative harmonies have never necessarily been staples of alternative music. “Something From Nothing” by Foo Fighters debuted at #1 almost everywhere last week, and Sky had it high on her list of favorites. The song rocks for sure, but, in my opinion, it seriously lacks the melodic hook of their better songs. On the other hand, Todd cited Broken Bells for their crisp harmonies and rhythms that “are keeping me sustained for months now,” and I had to agree.

Good old-fashioned punk and ska are noticeably absent from the current charts, but I have no doubt that they, like many other progressive sub-genres, will come back around within five years or so and join whatever whatever tangled web of music we call alternative rock at that time.

“One thing is for sure; whatever you want to label it as – rock and roll will never die,” Mike stated.

I’m grateful for the contributions of each of the members of my ad hoc board of critics, and I took their suggestions and comments seriously. Each mention of a song already on my broad, fluid pallet of alternative hits by any of them helped it to bump up the chart. In fact, I initially had Hozier’s “Take Me to Church” at #4, but they took it to #1. The first time that I heard “..Church,” I thought it was a very slickly produced new song by Elton John. But I loved it.

Great passion is nothing new in a hit record. Hozier stands out right now because the record companies aren’t allowing us to hear anything else quite like him. But they will, and we might wonder in a year if Hozier really was “alternative” or just extremely talented. Regardless, Irishman Andrew Hozie primarily hits me as Sam Smith with big brass balls.

So here it is. These are the 60 songs that I believe epitomize current alternative music from its hardest to its softest key elements and will take the now very popular genre into the new year. Video links are provided to some top songs, as well as additional commentary from me and my contributors. I invite your comments.

Michael Wintermute’s favorites:
1. Take Me To Church – Hozier
2. Happy Idiot – TV On the Radio
3. The Righteous One – The Orwells
4. I’m Only Joking – Kongos
5. Where No Eagles Fly – Julian Casablancas and the Voidz

2014-12-26
Previous Post: When What to Our Wondering Eyes Did Appear? Sunshine!
Next Post: Raucous Commissioners Meeting Yields Tabled Vote