Lackey to Step in for Blarcom at Conservation District 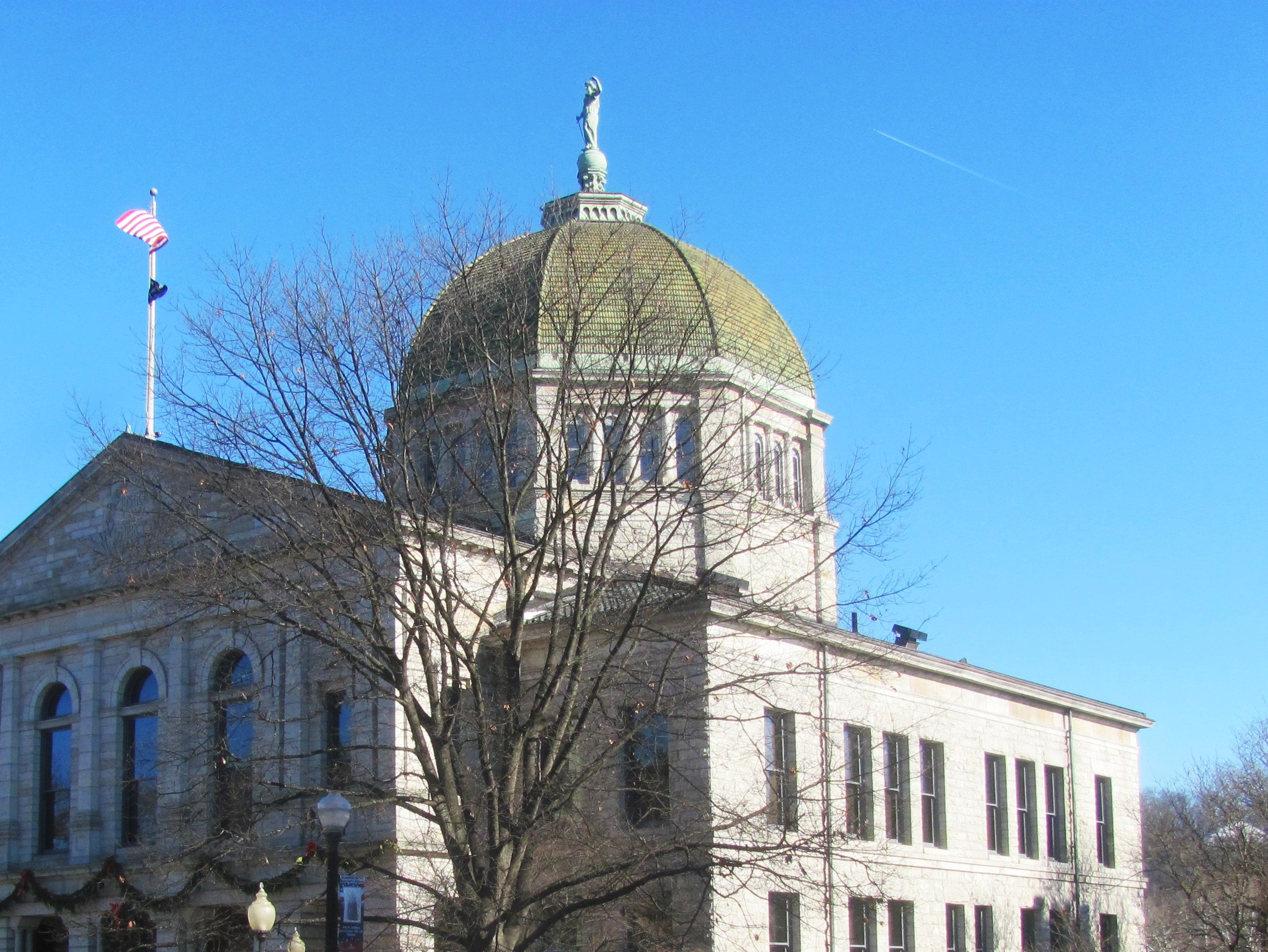 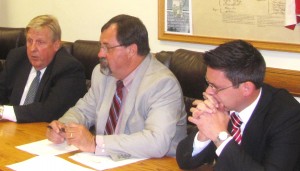 Bradford County Commissioners (from left) Doug McLinko, Daryl Miller and Mark Smith explained the shuffling of Conservation District board members and other topics at their July 24 meeting.

Scott Lackey from Columbia Crossroads will replace Jim Van Blarcom on the board of directors for the Bradford County Conservation District (BCCD). The motion was unanimously approved by the Bradford County Commissioners on July 24. Blarcom had to resign from the post when he was appointed to the Pennsylvania Milk Marketing Board.

“He was sad to have to do that,” Commissioner Daryl Miller said of Blarcom, who served BCCD for more than 25 years.

The commissioners were in agreement that Lackey was a suitable replacement to serve out Blarcom’s unexpired term. “Scott Lackey will do a tremendous job filling that position,” Miller remarked.

A paving project in New Albany hit a snag that required the commissioners to approve the appropriation of an additional $75,895 from the 2013 Community Development Block Grant Program. It was determined that, before Hubler Street in the borough can be repaved, significant work must be done on storm pipes.

In other county news, the commissioners ratified a Community Workforce Inmate Program Application to allow a crew of prisoners from the Bradford County Correctional Facility to do some painting in South Waverly.

Nelson & Streeter Construction Company was awarded a contract for repaving the parking lot at the Bradford County Manor at a cost of $36,800.

To read about the commissioners’ continued fight for an investigation into gas companies that deduct post-production costs from landowner royalty checks, visit http://www.morning-times.com/news/article_a5bd5080-147c-11e4-be8d-001a4bcf887a.html. For an update on the Veterans Memorial Park project, visit http://www.endlessmtnlifestyles.com/?p=1807.