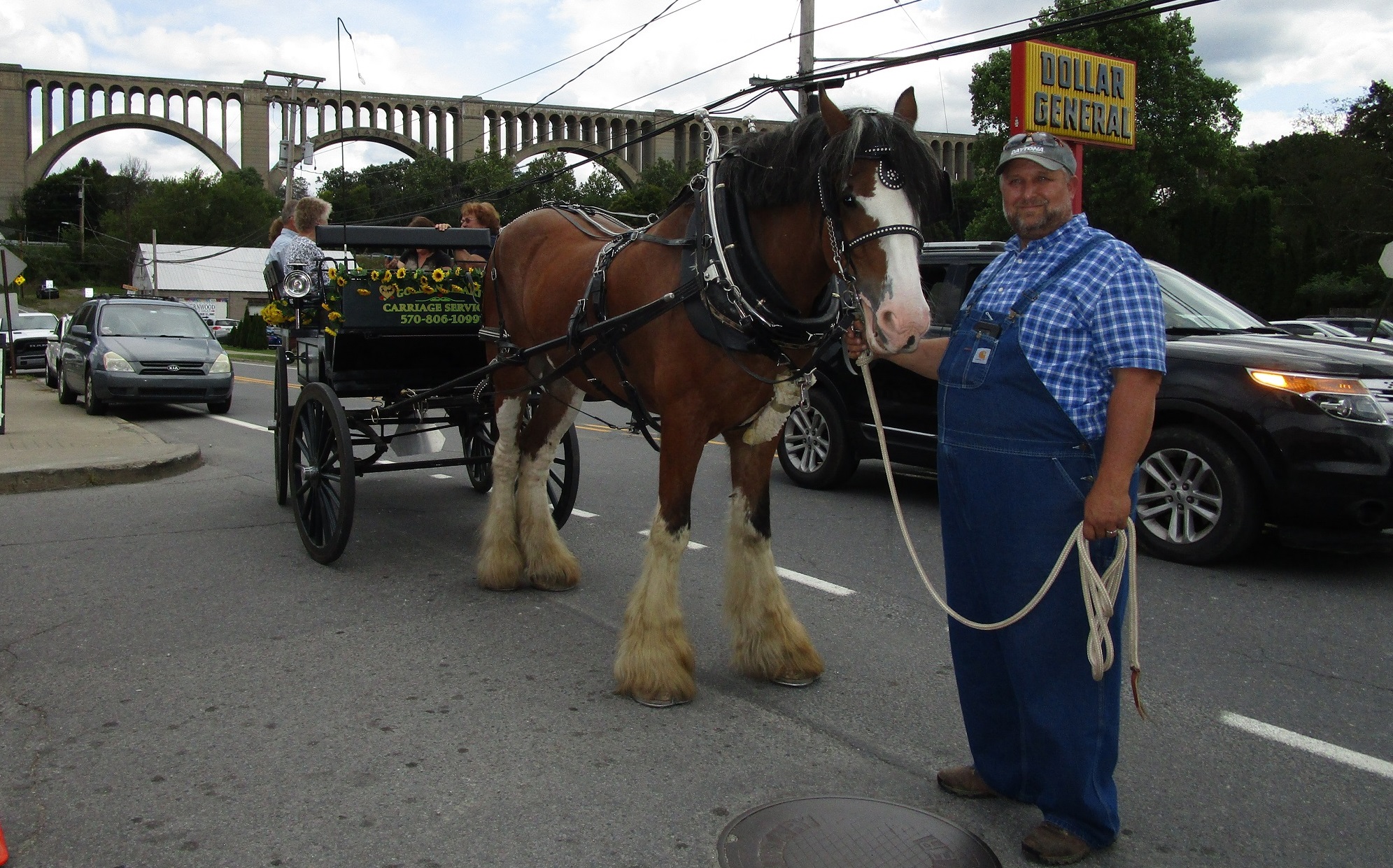 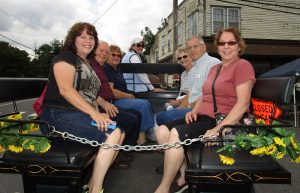 What better way to tour Nicholson on Bridge Day than by horse and carriage? Steve Tourje of Golden Heart Carriage Services holds the reins (top) as driver Dorothy Cleary prepares to take another group of visitors around town on Sunday. 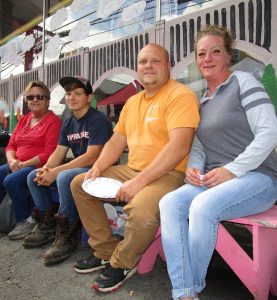 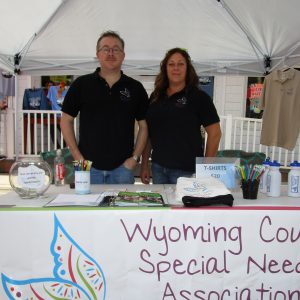 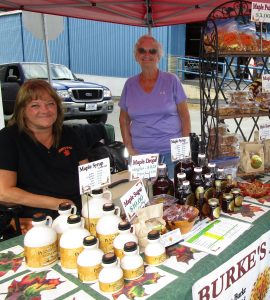 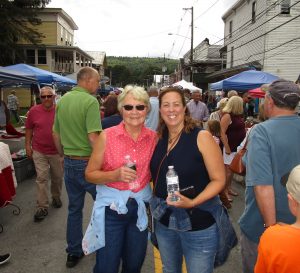 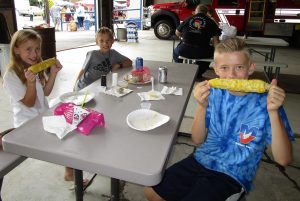 Enjoying corn on the cob and steamed clams prepared at the Nicholson Fire Company are (from left) Jillian, Liam and Michael Billets of nearby Hop Bottom. 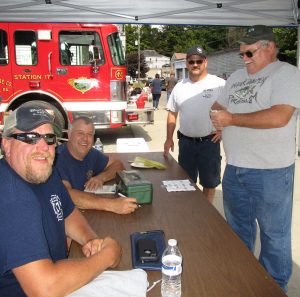 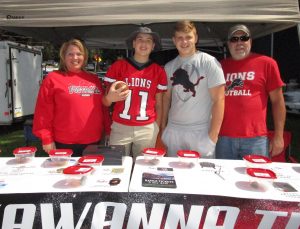 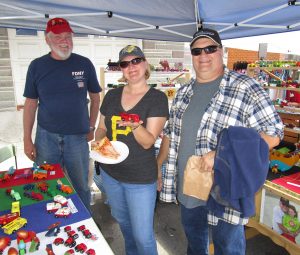 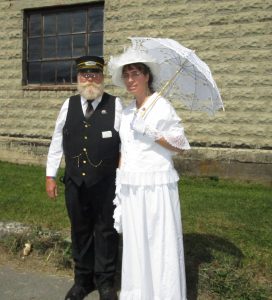 Telling visitors the story of the Tunkhannock Viaduct Bridge at Nicholson and the history of the Lackawanna Railroad on Sunday were train conductor Bob Frey and Pheobe Snow, better know as Mary Frey of Rome, Bradford County. 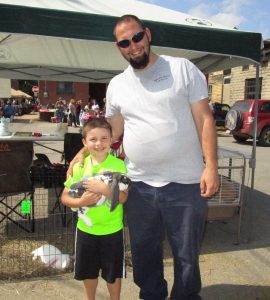 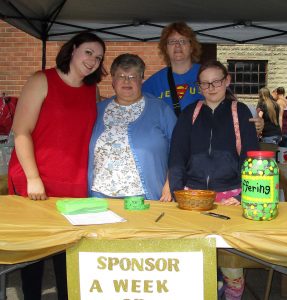 The Nicholson Food Pantry booth had a bunch of helpers, including (from left) Beth Heuer, Bev Houser, Jan Mauricio, and Zoey Dubois. 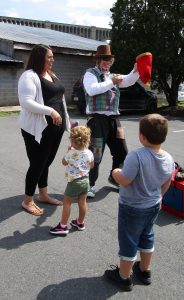 Lea Taylor of Falls gets in on the magic clown act with her children Julianna and Wyatt. 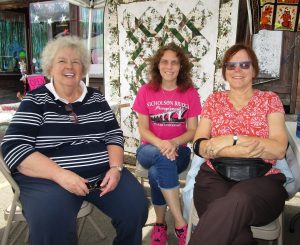 Staffing the quilt raffle for The First Presbyterian Church of Nicholson are (from left) Leslie Bullock, Elaine Mackey, and Lori Mackey. 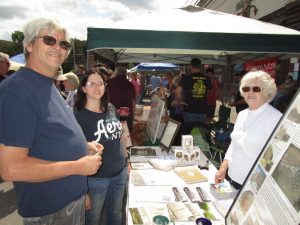 Marion Sweet (right) of the Nicholson Heritage Association shares some information and sells a coffee mug to Robert Sturdevant and Kayla Sturdevant of Nicholson. 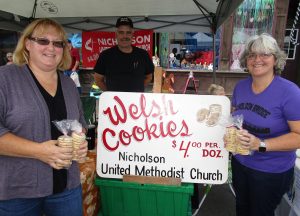 Welsh cookies are a staple at the Nicholson United Methodist Church booth, and Harriette Morden (right) insists they hold up in the freezer. Helping her on Sunday were Paula Shupp (left) and Dan Morden. 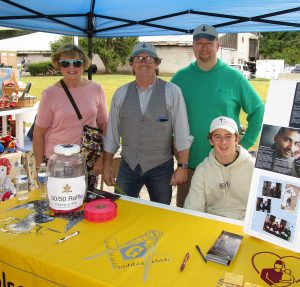 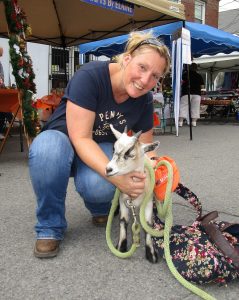 A pet goat named Piper made plenty of friends on Bridge Day, along with his human companion, Penny Lynette. 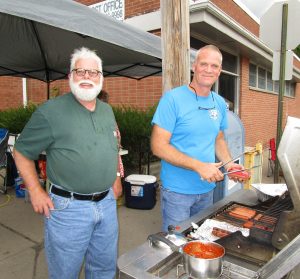 Manning the grill for St. Patrick’s Church of Nicholson was Mark Whitehead, under the watchful eye of Deacon Paul Brojack. 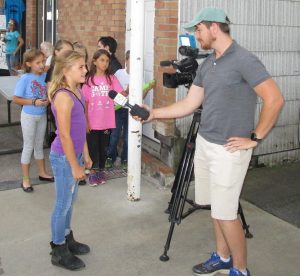 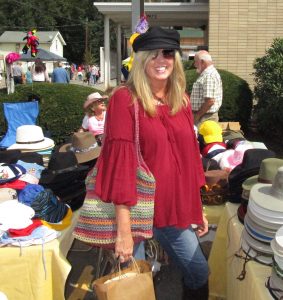 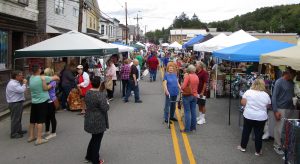 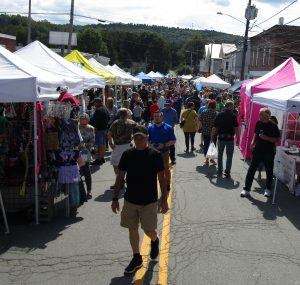 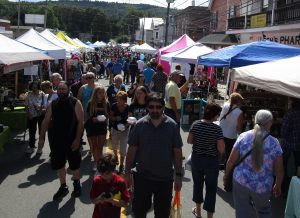 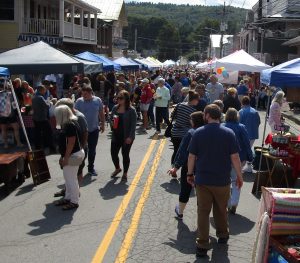 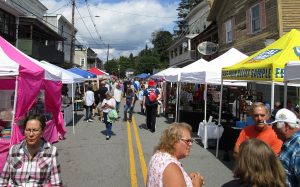 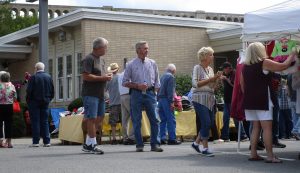 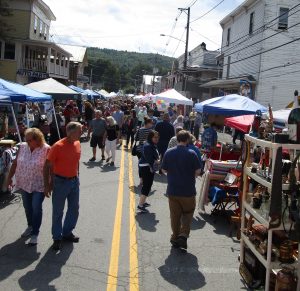