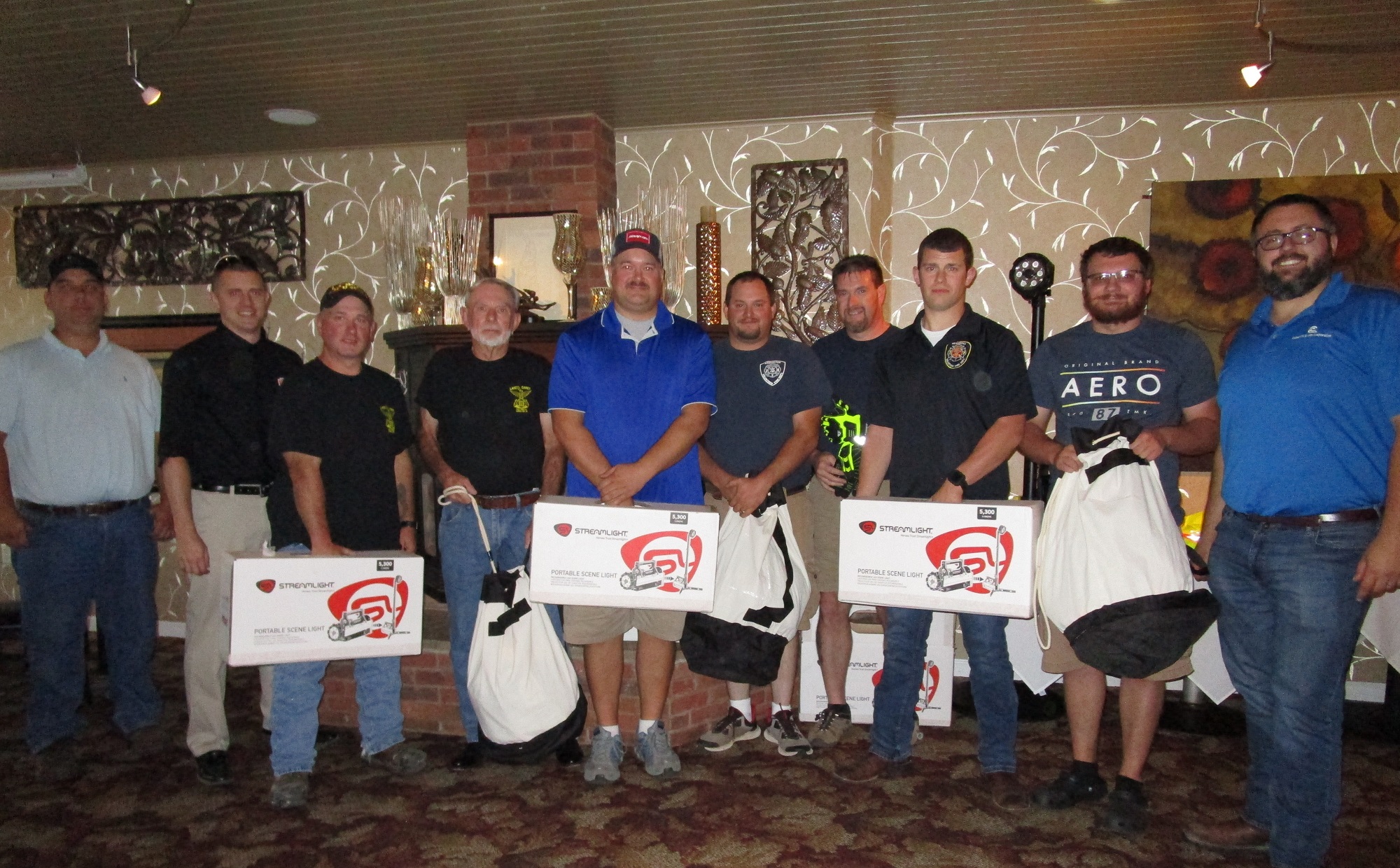 Rob Gorczyk (left) and Bill desRosiers (right) of Cabot, and Phil McKeon of BX3 Rental (second from left) treated local firefighters to a dinner at Twigs Cafe in Tunkhannock on Aug. 26, at which they also presented equipment and a line of credit for the Lake Carey, Meshoppen, Nicholson and Triton fire companies. Displaying the gifts are (continuing from left) Andrew Hollister and Ron Tanner of Lake Carey; Nathan Learn from Triton; Travis Prevost, Darren Hillard, and Pat Trowbridge of Meshoppen; and Colby Yurksza from Lake Carey.

As natural gas drilling escalates in Susquehanna County, the calls to first responders in neighboring communities also increases. While fire departments in Susquehanna County bare the brunt of any requests, those in northern Wyoming County serve as an important second line of defense. While Cabot Oil & Gas Corporation has no drilling operations in Wyoming County, first responders there still need to be prepared for a variety of scenarios.

For a second year, Cabot invited officers from Meshoppen, Triton, Lake Carey and Nicholson fire departments to a dinner at which they were given new equipment and supplies to help ease the burden on their limited budgets. Cabot officials thanked them for the support they have provided so far and addressed some concerns to help strengthen their relationship with those in the industry.

The management of Cabot feels that maintaining strong ties with fire and ambulance companies benefits the community at large, and the meeting was geared toward bringing the fire fighters up to speed on several initiatives devised by Cabot and its partners to enhance the capabilities of the fire companies and improve public safety.

Since the likelihood of Wyoming County having to respond to a situation at an active gas pad is limited, the contributions were focused on potential traffic incidents. “We move a lot of equipment and services through your county,” Cabot external affairs manager Bill desRosiers told those in attendance. “It only makes sense that, if you have more trucks, there’s a greater potential for accidents. So Wyoming County is very important to Cabot’s operations.”

Serious accidents are rare, and even minor incidents are less common thanks to different training initiatives, desRosiers noted. Cabot posted more than a million driving miles without an accident last year. He reported also that there should be less water tankers on Route 29 through Tunkhannock in the coming years once the new water line installed by NE Marcellus Aqua Midstream is activated. The water line will also provide water for firefighters via a series of hydrants that will be installed after the new system is commissioned and fully tested.

BX3 Supply and Rental was credited for coordinating the purchase of this year’s gift packages, which included portable LED scene lights, adjustable break-away vests, extrication gloves, and flame resistant pullover hoods. BX3 vice president of operations Phil McKeon (below) related that, as his company continues to work with the vendors that supply emergency equipment and apparel, he is able to get better deals, stretching the $55,000 budget allotted to him for both counties a bit farther this year. 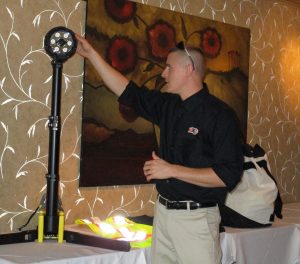 While the gift packs distributed at the dinner were a general response to requests from fire companies, Cabot also set up an expense account in the amount of $750 for each of the four companies at BX3 to provide additional assistance. “These funds will help with specific and unique needs for each company,” McKeon noted. “If you need something we don’t stock in-house, we’ll source it for you.”

Additionally, McKeon detailed a new system in Susquehanna County where several small warehouses have been staged for storage of spill response materials. He mentioned that BX3 plans something similar for Wyoming County first responders. The object is to spread out supplies from the BX3 hubs in Montrose an Tunkhannock, which are not as accessible in the event of an emergency, especially at night.

That was good news to the fire company officers, including Lake Carey fire police captain Colby Yurksza. “EMA has the stuff but, if you need it at night, you have to wait for them to wake up and get there,” Yurksza said of the proposed availability of spill materials in more locations.

Cabot water engineer Rob Gorczyk presented another new service that was well-received by the fire fighters. Several water withdrawal sites leased by the company are situated in northern Wyoming County, and Cabot wants fire fighters to be able to draft that water in emergency situations.

“They have access now,” Gorczyk explained shortly before the meeting. “We’re trying to make it easier so they can just back up their trucks to the stanchions.”

Gorczyk is working with his team to standardize the hookups in Susquehanna County with the expectation that the process can be adopted easily in Wyoming County. “Anything to cut a couple of minutes off response time is important,” he remarked.

Gorczyk spoke specifically with the fire fighters about the sizes of the adapters they use for pumping water, as well as the optimum water pressures. He invited the officers to contact him to schedule a practice run at the withdrawal sites most convenient to them.

“Having an established connection for hookup will be a priceless feature,” said Meshoppen Fire Company president Travis Prevost. “It will allow us to get water quickly, whether it is within the department’s coverage area or when assisting as a mutual aid company. We look forward to working with Cabot training on the withdrawal sites.” 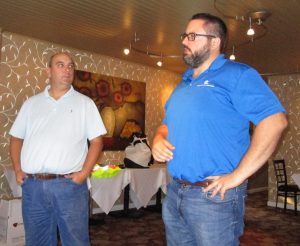 Lastly, desRosiers (above, right) reminded those in attendance that a new CDL training school will open at the Susquehanna County Career and Technology Center this fall. Cabot and a number of industry partners have supported the venture in order to ensure an adequate supply of specially trained local drivers. Heavy equipment training, Gorczyk (above, left) suggested, could result in an increase in the number of young, qualified volunteers for fire companies that constantly struggle to bolster their ranks. 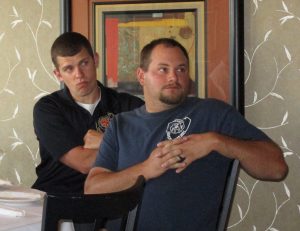 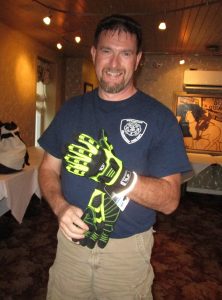 Darren Hillard of the Meshoppen Volunteer Fire Company tries on a new pair of extraction gloves.