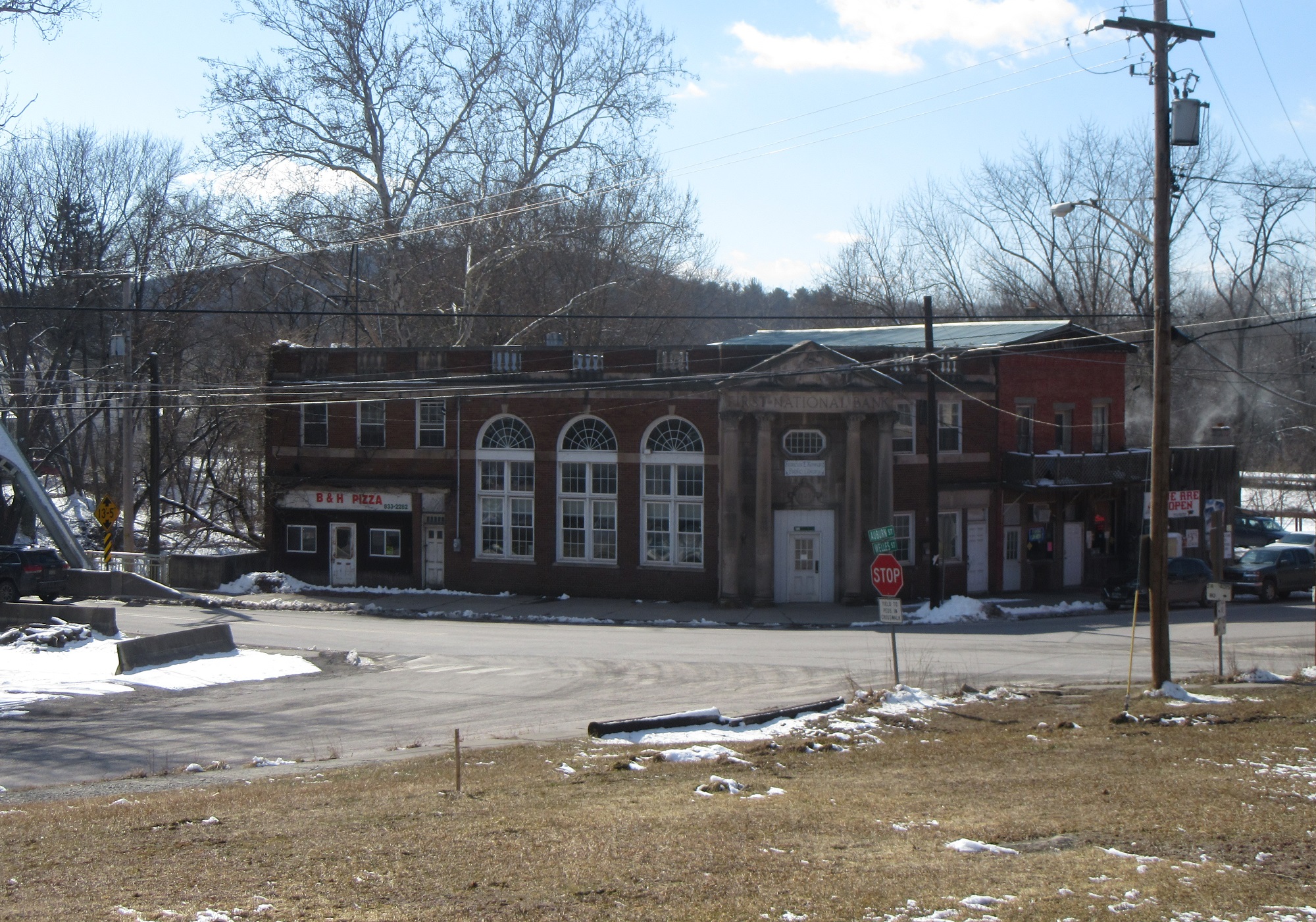 A Dollar General store could be constructed in Meshoppen on the corner opposite the borough’s public library. Company representatives have cleared several hurdles with the Wyoming County Planning Commission with which they still have to file a formal application. 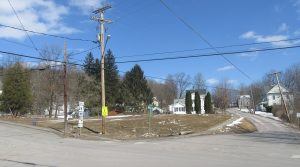 Demolition of homes on Church and Allen streets in Meshoppen that were part of the FEMA flood buyout should begin after representatives from LaBella Associates meet with borough officials to determine the precise location of all utilities. The firm sent maps to the borough council that were previewed at Monday evening’s monthly meeting that approximated the various lines, but council member Mike Voorhees suggested that he would prefer a face-to-face meeting and would arrange it.

Even sooner than that, residents will notice the systematic demolition of the former KenMar Furniture Store building that began as the Kennard Hotel in the late 1800s and later served as the original Tyler Hospital. The three-story icon is now owned by Bill Ruark, who hopes to use the property for the construction of a truck and car wash. Council members expressed hope that the drainage problems at the intersections of Meshopany Ridge Road, Main Street and Sterling Streets will be addressed prior to the start of any new construction.

Council members are eyeing the potential of a new Dollar General store being constructed on the empty lot at the intersection of Bridge and Welles streets, opposite the Meshoppen Public Library. The property has been surveyed several times and company representatives have successfully obtained waivers for three elements of construction that were initially holding up the project.

“They received the waivers, but the project is not approved,” Wyoming County planner Lynnelle Farber related in reference to requests by project coordinators for fewer parking spaces, a shorter set-back from Welles Street and meeting rain water run-off requirements. “It is a very likely thing, but they still have to go through the application and approval process on several levels yet.”

Council members discussed how they might go about having a property on Sterling Street condemned where trash has been building up in yard. A woman working there told a council member that she is paid by property owner Steve Colley to clean out houses, after which she tries to sell the contents. The woman is actually a resident of the home and maintains that she works for a bank company and not Colley. Council chairman John Bunnell questioned what value the furniture currently sitting on the lawn could possibly have after it is exposed to the elements.

New council member Cindy Cona is looking ahead to Meshoppen’s Community Day in the borough park next to Meshoppen Creek. She noted that there is water ponding behind the ball field dugouts, which council member Jack Vaow would be addressed as soon as weather permits. She then asked if there are any plans to purchase picnic tables to replace those that floated away during last year’s flood.

Bunnell said that there was no money in the borough budget for new picnic tables, but Cona noted that there is still about $2,500 left in the playground budget. Vaow suggested that council look into having someone build some new tables, as they are needed before the June 29 event.

DGK Insurance representative Jeff Kyle brought the council some good news on March 4 that insurance rates for the borough have dropped, mostly due to a 15 percent decrease across the state in workman’s compensation rates. The state was using an incorrect formula, he explained, and the rate could drop yet again in April. That could be offset, however, by expected increases in flood insurance rates.

Overall, Kyle related, the borough has done well with its policy with no claim history by the fire department but three claims in three years by the police department due to deer being struck by police vehicles.

In other police department news, police chief John Krieg informed council that he and officer Sierra Crane are willing to pay six percent more on their health insurance in exchange for a dollar-per-hour raise in pay, as council had proposed at their February meeting.