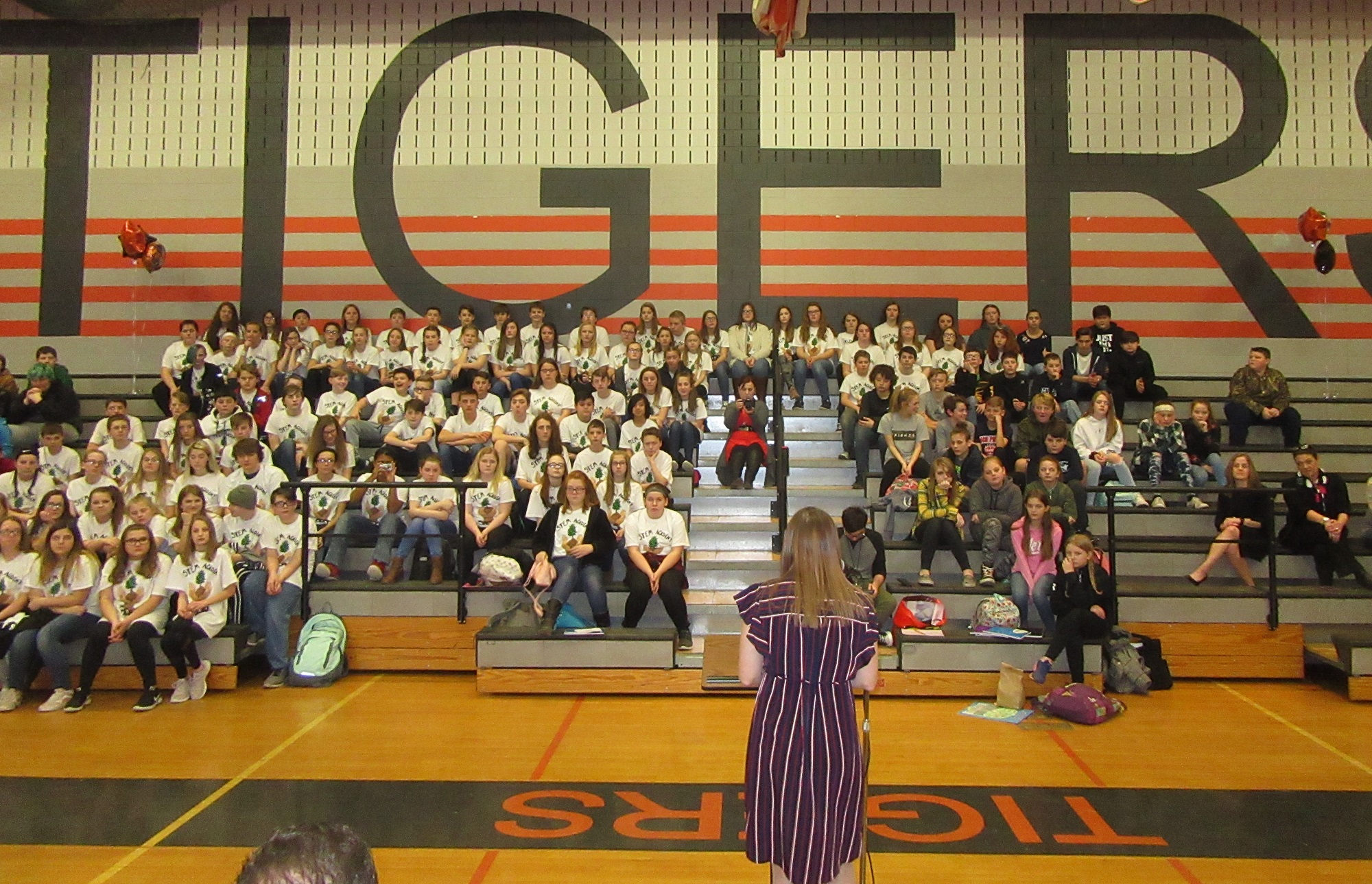 Tunkhannock STEM Academy principal Kelly Carroll (above, foreground) addresses students at the beginning of the assembly. The Seventh Grade STEM Academy Band (below) provided music for the assembly, under the direction of Kevin Kreinberg. 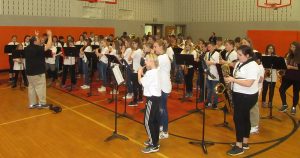 Seventh graders at Tunkhannock’s STEM Academy enjoyed a much-deserved assembly on Feb. 7 that was conducted specifically to honor them. Each of the 175 students has completed training for Heartsaver CPR/AED and Stop the Bleed, making them the first full grade level in any Pennsylvania school district to obtain dual certifications. Numerous officials took turns congratulating them and extolling the importance of learning lifesaving skills.

“We’re always looking for good opportunities, and we like to be first,” said Tunkhannock School District superintendent Heather McPherson, who gave STEM Academy principal Kelly Carroll most of the credit for extending training that was initially targeted at faculty members to the students. “She made it happen.”

Gail Malloy, outreach coordinator at Commonwealth Health, provided opening remarks and introduced Carroll, assistant superintendent Mary Gene Eagen and a host of administrators from Tyler Hospital, Wilkes-Barre General Hospital, the American Heart Association and others who assisted with the instruction. 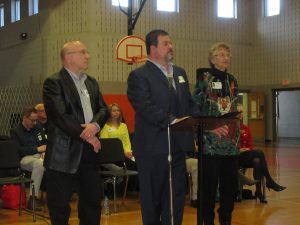 The Wyoming County Commissioners (above) were on hand to recognize the achievement of the students and to read a proclamation that commissioner Tom Henry told the youths would be archived as part of the county’s history. The students were also informed that new of their success has reached Gov. Tom Wolf, who would be sending his own proclamation to the school. 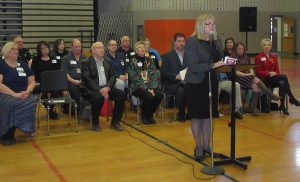 Malloy (above) and Tyler Memorial emergency department director Ted Cross conducted the Stop the Bleed course, which is focused on ways to control severe bleeding. Carmen Passanti of Commonwealth Health Emergency Medical Services led the instruction for the Heartsaver course, which is a program of the American Heart Association.

The students are now well-versed in cardiopulmonary resuscitation for adults, children and infants; how to use an automated external defibrillator; and how to relieve choking. The youths were also instructed in the administration of Naloxone, a drug that reverses opioid overdoses.

In addition to the proclamations presented by the various dignitaries to Caroll on behalf of the school, each of the seventh graders received certificates. 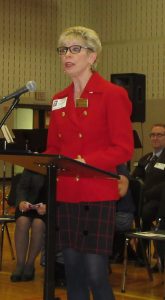 Carol Sweeney, Tunkhannock district office manager for Rep. Karen Boback delivered a proclamation from the floor of the state House of Representatives. 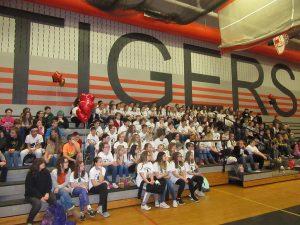