Cabot Investment in Natural Gas School Ahead of Schedule

By: Rick Hiduk
In: natural gas jobs
With: 0 Comments 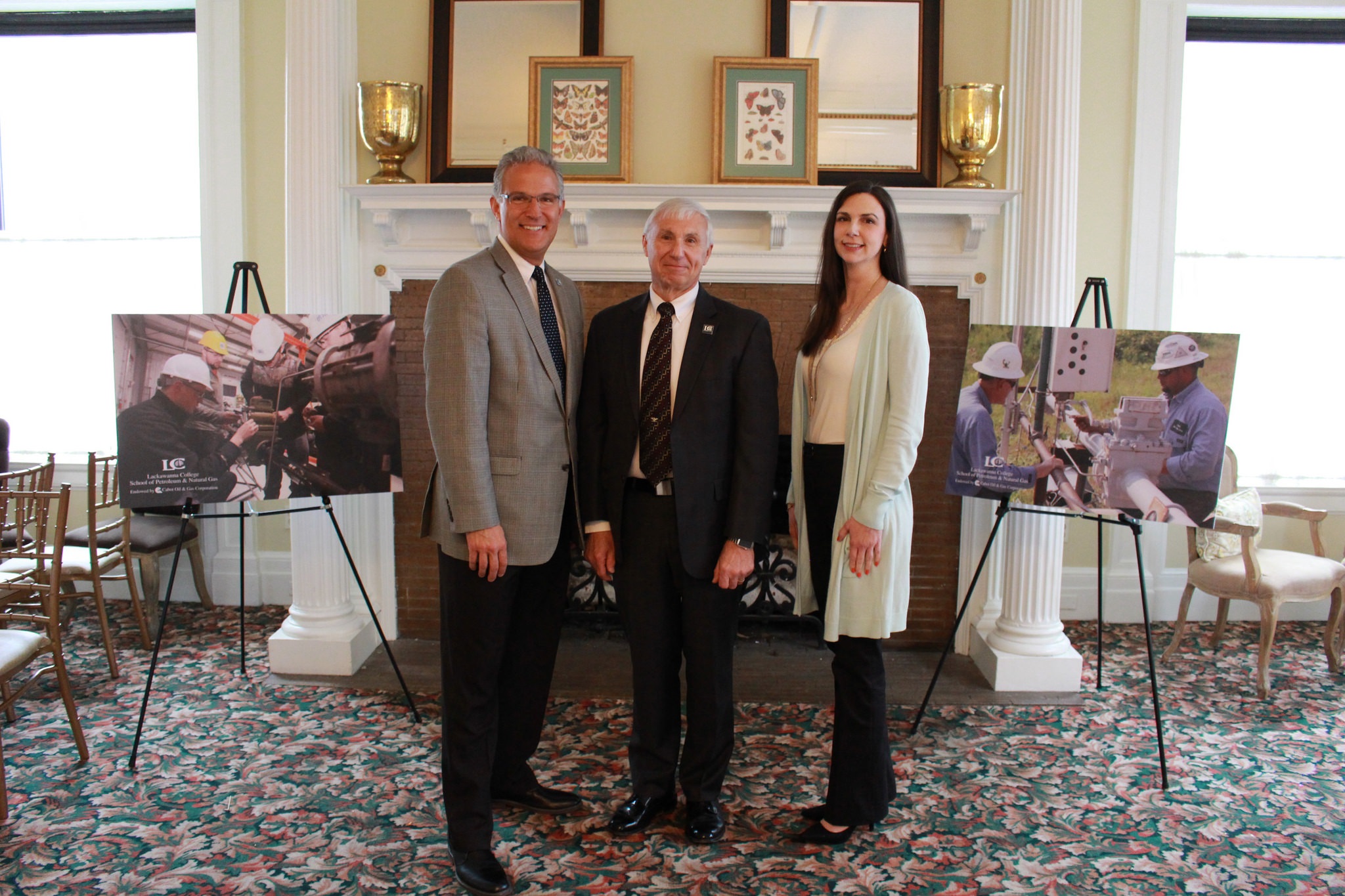 A $2.5 million contribution by Cabot Oil & Gas into the Lackawanna College School of Petroleum and Natural Gas is already showing returns to the industry as a whole, the college, and to students seeking a faster track to living wages and sustainability in a field that will be producing energy and jobs for decades to come. The success of the curriculum has encouraged support from and hiring by companies well beyond Cabot’s borders, but the combination of cash, equipment and expertise by Cabot remains the largest single endowment that Lackawanna College has ever received.

At an event held on April 12 at the Scranton Club, industry representatives acknowledged that Cabot had fulfilled its five-year commitment a year ahead of schedule. In the meantime, the school in New Milford is closing in on its first 200 graduates with about 60 students currently enrolled.

All of this is good news in the face of the “great crew change” that the American Petroleum Institute predicts will take place in the next five to seven years. While the natural gas industry may still seem relatively new to Pennsylvanians, it is really an established industry and will soon lose up to 50 percent of its workforce to retirement. That means an even greater demand for graduates of Lackawanna College’s SP&NG in Measurement, Technology, Industrial Mechanics and Business Administration, each of them nationally-recognized programs within the school’s curriculum.

Lackawanna College president Mark Volk has offered testimony on the need for the curriculum and its early success in matching newly qualified students with lucrative jobs. Program director Jeannine McKnight maintains that the indirect results of Cabot’s initial investment are equally viable and have exceeded everybody’s expectations of the program when it began in 2014. 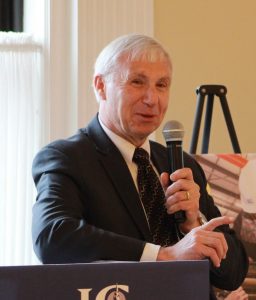 “What went well beyond the investment that Cabot made to us,” said Volk, “is the access it gave us to other partners in the industry.”

Initially, that included funding and material donations from other companies working the Marcellus Shale, including Williams Midstream, Southwestern Energy, DP Energy, and others. Their involvement, McKnight explained brought an increased legitimacy to the school. “It opened the doors for us to globally-integrated industries,” she stated, adding that the school is now placing interns at an international level.

“The reason that we can get on the phone with them now is because of the established relationships we had with Cabot and Williams. That’s a real success for Lackawanna College to have that kind of validation.” 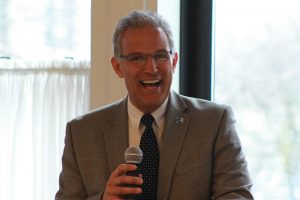 “Cabot is proud of its partnership with the Lackawanna College School of Petroleum & Natural Gas and excited to have met our fundraising goal in five years,” Cabot director of External Affairs George Stark offered. “During this time, the school transformed into a nationally recognized program. But, most impressive is the quality of the graduates making significant impacts across the Marcellus Shale play.”

“Once you can prove that you have the ability to provide a job-ready student,” Volk concurred, “that then becomes a selling point that goes down the entire pipeline of the industry, so to speak.”

McKnight estimates that about seventy percent of the students accept positions locally upon graduation, while others have taken jobs in Texas, West Virginia, and Ohio, as well as in New Jersey and the Philadelphia area where there is abundant pipeline activity.

Cabot Divisional Superintendent B.J. Cline is just as proud that a school in rural Pennsylvania is creating employees for the Permian Basin as he is for the students who work through the 27-credit course specifically to stay in Pennsylvania. Texas is still considered the hub of natural gas industry. “To be hired from Lackawanna College by the best of the best,” Cline related, “That’s pretty cool.”

From Cabot’s Pennsylvania headquarters in Dimock, Cline has had a unique opportunity to provide more than 20 students with internships that he refers to as “90-day interviews.” Most begin in the standard field operator position, helping to maintain nature gas wells in the area. In the course of those three months, Cline can see which students have the best understanding of what the industry is about and can gauge their aptitude and attitude to see who is best qualified to be an operator.

“Cabot’s internship program is a great way to get experience in the field,” said Jordan Tyler Hoffman of Honesdale, who secured a job as a field operator with Cabot after his internship and graduation from Lackawanna College. “Cabot teaches you all you need to know to work safely and efficiently in the oil and gas industry.”

“We teach them Cabot’s structure and strategy here.” Kline related. Nonetheless, the education the interns bring with them has fast-tracked several recruits to supervisory roles. “That could take years,” he explained. “One got there in 15 months.”

“We learned about different aspects and processes of the industry,” noted Lackawanna College graduate Sully Rutledge, who also landed a job as a field operator. “It allowed me to narrow my interests to the parts of the industry that I would possibly like to work and still have knowledge of other areas.”

“Though the focus of our program is the natural gas industry, we train our students to have the expertise to work across industries,” Volk explained. “Not every student wants to remain at home. It makes our students marketable not just nationally but internationally.”

“It all works together,” McKnight concurred. “As the infrastructure increases, we’ll see growth there. Also in some of the refining and chemicals. The expectation is that Pennsylvania is positioned to be the next chemical hub outside of Texas and Louisiana. Modifying curriculum to meet those needs and serve the industry.”

“That means more opportunities for training and internships, and exponential growth. That has given us such great exposure and access,” Volk suggested. Cabot’s fulfillment of its endowment goal means that Lackawanna College can now draw off the proceeds and put the money back into the students’ education. “One hundred percent of our students now qualify for some sort of aid.”