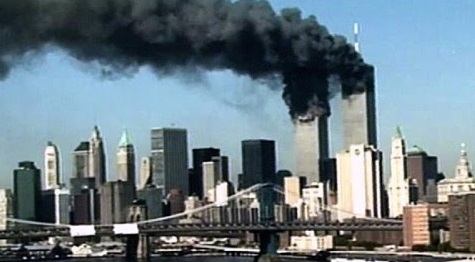 The Bradford County Library presents Don Hoffman will be giving a first-hand account of, and personal reflections on the events of 9/11 on Thursday, Sept. 10, at 6 p.m. This event will be available through Zoom only. Please call 570-297-2436 or email bclibrary@bradfordco.org to register for this event. The Library will be accepting registrations up to one hour before the event.

Don Hoffman is a native of Staten Island, New York. He earned a BA in Business from Thomas Edison State University, Trenton, NJ.

Don joined the Wall St. brokerage firm Garban in May of 1976. He remained with the firm when it became part of one of the largest international brokerage firms, ICAP, NA. For decades the firm was headquartered at 120 Broadway in New York City, though a merger with another rival found itself in possession of a lease on some of the most desirable real estate in New York – in the World Trade Center. In October, 2000, the firm relocated to floors 25 and 26 in World Trade Center Tower 1 (along with ancillary offices in Tower 2). As is well known, the company’s occupancy of these spectacular facilities was short-lived.

Retiring from the financial industry in June, 2006, Hoffman moved full-time to the Tioga County farm he purchased in 1997 with his former wife, who was living on the farm while he continued to work in the NY metropolitan area and commuted to the northern tier each weekend. Hoffman was elected as Jackson Township Auditor in 2011, following an appointment to the position in 2010 to fill an unexpired term. In 2015 he was elected as Township Supervisor. In addition to that office, Hoffman serves on the Board of the Jackson Township Municipal Authority, the Endless Mountains Transit Authority (BeST Transit) and the Board of Directors of Trinity Lutheran Church in Wellsboro. He is also very involved in local politics.