In: Wyoming County Government
With: 2 Comments 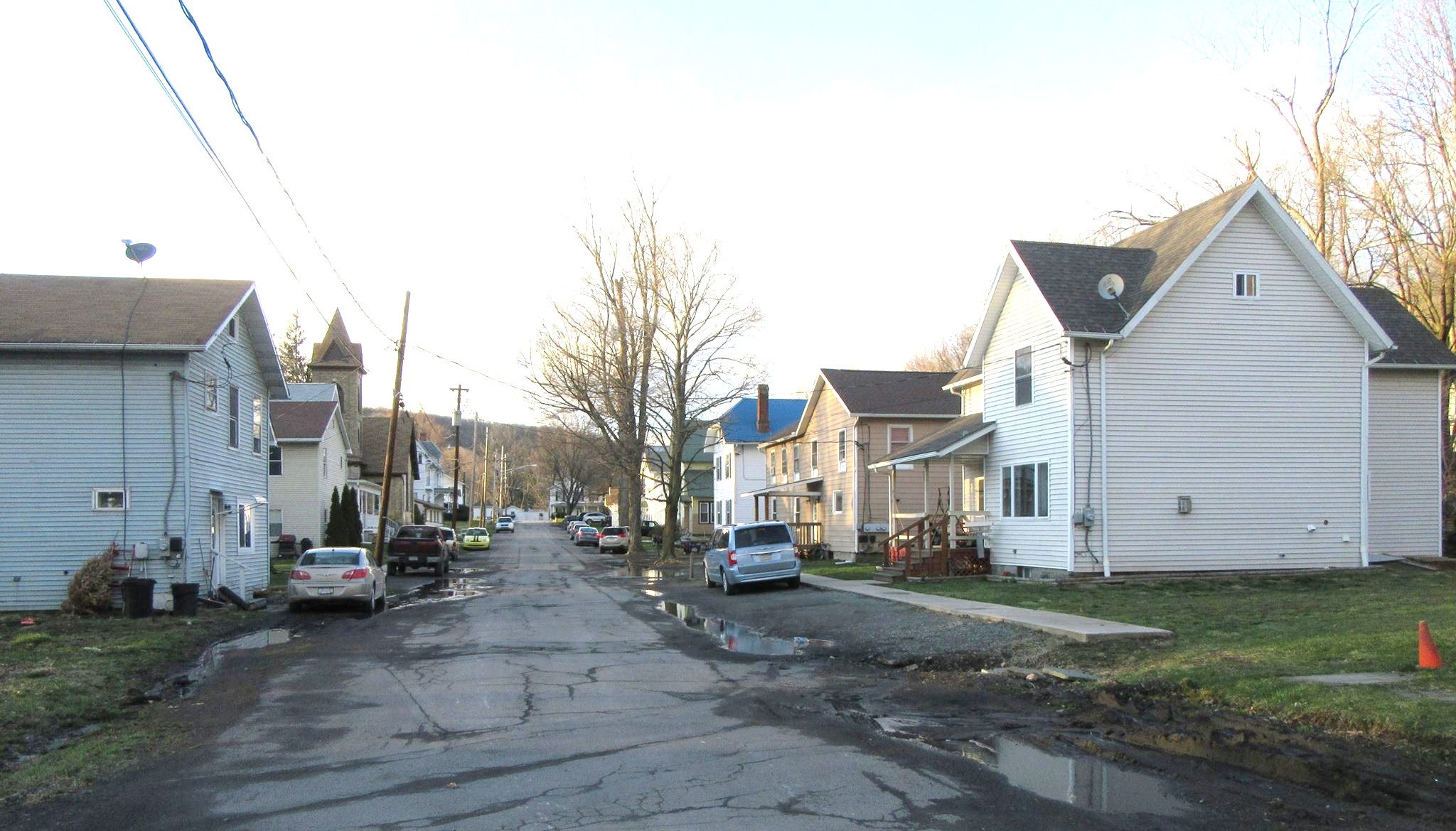 If Meshoppen property owners accept the conditions of a buyout plan of flood-prone properties currently proposed by PEMA, most of the structures on Church Street (above) will be demolished. The block grant proposal is in jeopardy, however, after significant quantitative evidence was brought to the table at the April 4 meeting of the Wyoming County Commissioners.

A number of residents from Eaton Township (below) whose properties were flooded in 2011 and who had been waiting for PEMA to come through on promises of government buyouts of their homes arrived at the Wyoming County Courthouse on Tuesday morning ready for a fight. The commissioners invited Gene Pitcavage of Dymond Terrace, who did most of the speaking for the group, to the board table to voice his grievances against a recently disclosed PEMA plan to spend as much as $2.4 million solely in the borough of Meshoppen. 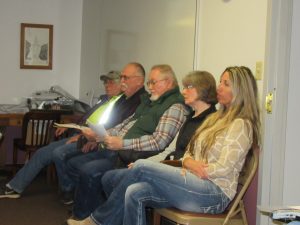 His primary complaint was that a disproportionate number of the properties are rentals owned by investor and developer Steve Borel. Three of them, Pitcavage claimed, were purchased in 2015, four years after the catastrophic flood of 2011. Two rental properties on Allen Street that are on the buyout list incurred only basement flooding in 2011, according to their current occupants. Another Borel property on the list, Pitcavage noted, has only a mobile home on it. One of two properties on the list, owned by Daniel Thomas Scott, is a vacant lot.

Despite his unsuccessful attempts to get answers from Sen. Lisa Baker and Rep. Karen Boback, Pitcavage learned that rental properties are eligible for buyouts.

“It might be right that they are eligible,” Pitcavage stated. “But it is morally wrong. They have no skin in this game.” He called the application process and the PEMA decision “fraudulent” and held the commissioners responsible. 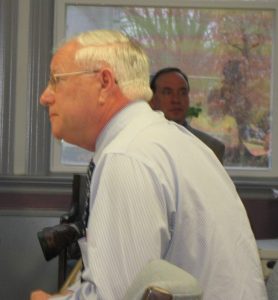 “You’re the leaders of this county!” Pitcavage (above) asserted. “Do you think this is right?”

“I think that we should have more say in it,” Commissioner Judy Mead replied.

Commissioner Tom Henry repeatedly said that the commissioners had no bearing on what properties PEMA selected for the buyouts. While the county did have more of a role in the Round 1 PEMA buyouts, Henry said that the Housing and Redevelopment Authority handled this current round of PEMA block grants.

“How does one individual get five properties bought out?” Pitcavage continued. “They are investment properties.” One of the men seated behind Pitcavage expressed further concern that, as a licensed contractor, Borel would be eligible to bid for the demolition of his own buildings, therefore being paid by the government twice.

The Eaton Township residents also questioned the suggestion by Lisa Hahn of the Housing and Redevelopment when the buyouts were publicly announced on March 8 (http://www.endlessmtnlifestyles.com/?p=6919) that Meshoppen was selected because of the high percentage of low-income residents.

“They are tenants. How do they know that? They could be working at P&G,” Pitcavage remarked. “The people who own these properties are not low income.”

(Questions by several Forkston residents attending the March 8 meeting along the same lines as the concerns voiced today were left unanswered with both Hahn and Housing and Redevelopment Authority director John Jennings, saying that any response at that time would be “premature.”)

Dymond Terrace resident Brenda Fisher referred to meetings hosted by PEMA attended by flood victims at which they were told that their homes were on the buyout list and that there was plenty of money to go around.

“They told us that everything was going to move fast. We were all going to get our share. Was it it a hoax? Was it just for TV?” Fisher asked. “Imagine what it feels like to lose everything, then someone who is a millionaire gets the money. You cannot help feeling like you are the little guy getting pushed aside.”

“We don’t have control,” Mead stated.

“You do have control,” Pitcavage retorted as he pointed at the blank spaces on the PEMA document that the commissioners would have to sign to put the buyout plan into motion. “Don’t execute it. You better not sign that contract!”

At that point, Henry classified the confrontation as an attack and suggested that no progress could be made if Pitcavage didn’t soften his tone.

“I don’t think this is an attack,” Williams countered as he gestured toward Pitcavage. “You’re giving us information that we should have. I think we should make it known to the Housing Authority that three of these properties were purchased after the flood.” Williams related that the commissioners’ calls to their state representatives were also not being returned.

“We’ll look into it,” Henry concurred. “I think that some of these people should think this over.”

Eaton Township supervisor Paul Rowker thanked the commissioners for agreeing to take on the issue and asked Henry for a PEMA contact, which Henry said would be Steven Bekanich, director of PEMA Bureau of Recovery.

“I’d be willing to go to Harrisburg and talk to them,” Rowker offered. “I’d like to talk to them and see if they can change the criteria.” He and Henry agreed that neither was a fan of the “block grant” method of distributing funds, implying that they would prefer that the applications were reviewed on a per-property basis.

“I believe that the townships should be involved in this,” said Rowker. 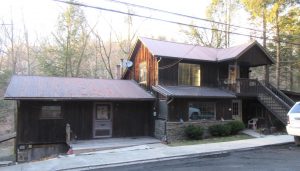 One of the rental properties on Allen Street in Meshoppen (above) owned by Steve Borel that residents claim only ever incurred basement flooding. 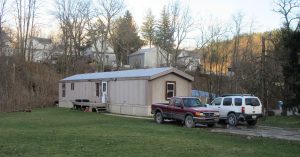 Another Borel-owned property on Mowry Street in Meshoppen on which there is no permanent structure.