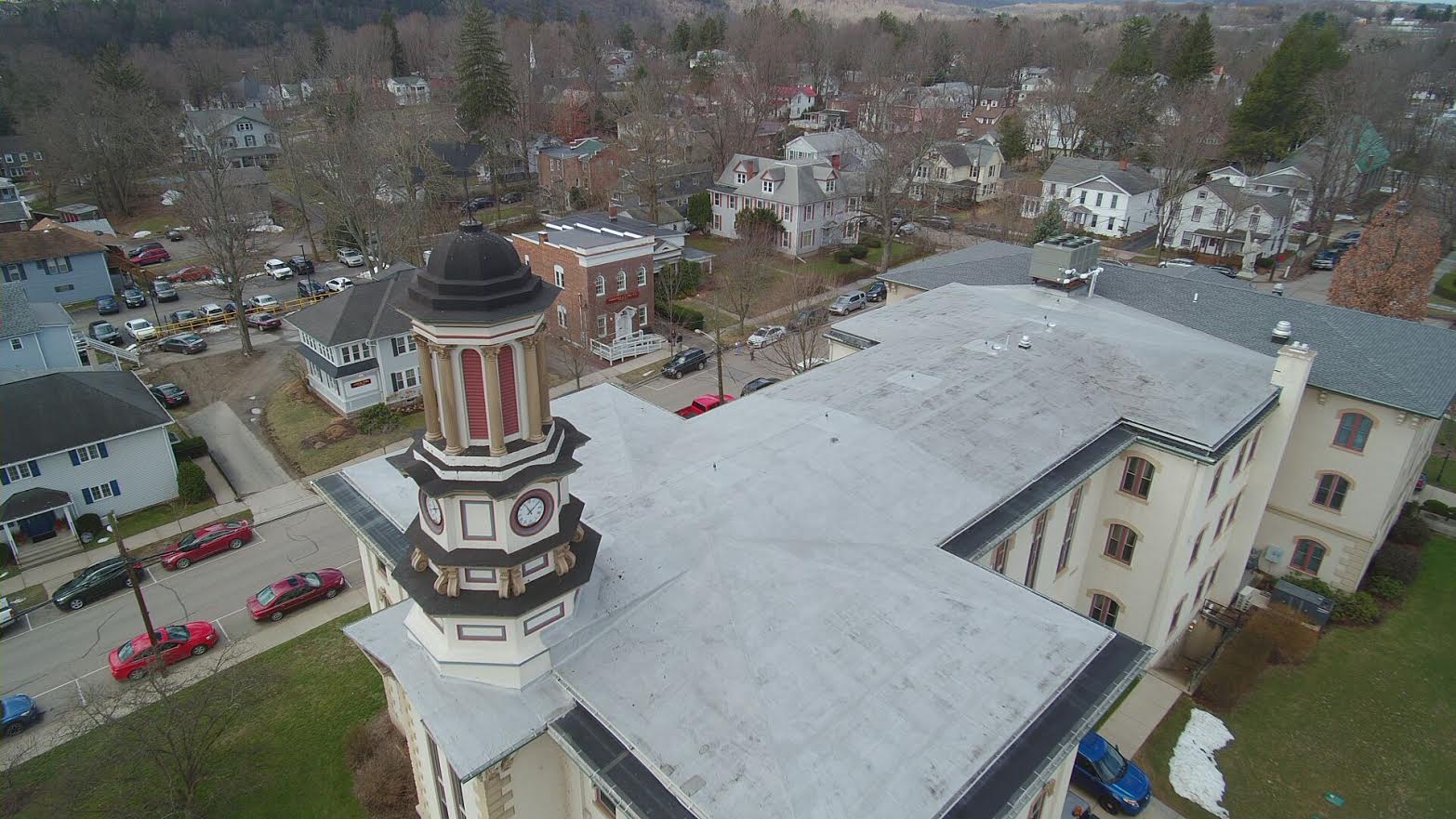 The testing of a camera-equipped drone at the Wyoming County Courthouse by 911 Director Jeff Porter and Commissioner Henry on Wednesday morning may have seemed like child’s play. But the brief flyover and the video the remote-control aircraft transmitted to the ground proved the amazing potential such a device could have for Wyoming County 911 and other emergency services.

According to Porter, the drone borrowed from the county’s radio operations vendor, Amp Global Strategies, shows how much easier and safer inspection of a communications tower could be.

“Right now, if we have a problem with a tower, it’s a two-man job,” Porter said in reference to securing a company to scale a tower to determine what is wrong.

Search and rescue missions in remote areas with uneven terrain would also be safer with the use of a drone.

As the technology improves and the price for such units continue to fall, Henry suggested, an investment by the county to purchase a drone could quickly pay for itself while also reducing the level of risk to someone climbing a tower or repelling over a steep embankment. The unit tested on March 29 costs less than $2,000.