Heritage Region to Fund a Variety of Projects in 2018 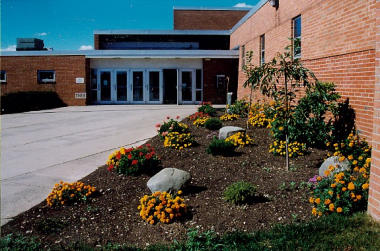 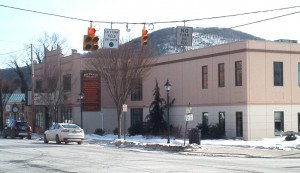 Montrose Area High School (top) was a recipient of a DCNR Partnership Grant through the Endless Mountains heritage Region to create a new history club at the school. The Dietrich Theater in Tunkhannock (above) will receive a grant to design a mural for the north wall facing Bridge Street depicting the area’s history.

The funds will be dispersed as follows.

in Bradford County, $5,000 for a renovation and adaptive reuse plan of the former Wyalusing Lodge Hall for the Wyalusing Valley Museum, $20,000 for improvements to the 1896 Victorian Hotel in LeRoy to be used as a museum; in Sullivan County, $5,000 for interpret signage at Jamison City and Forksville, and $20,000 for expansion and improvements at the Endless Mountains War Museum at Sonestown; in Susquehanna County, $4,000 for improvements to the Clifford Children’s Garden, $6,000 for installation of signage along a trail adjacent to the Clifford Township building, and $750 for the inauguration of a Historic Preservation Club at Montrose Area High School; and, in Wyoming County, $5,500 for the design and application of a mural on the western exterior of the Wyoming County Cultural Center and Dietrich Theater depicting the varied history of Tunkhannock and the county. Work on all of the aforementioned projects will begin in 2018.

EMHR executive director Annette Schultz commended successful applicants for their foresight into what their respective communities need and how to go about it.

“This is exactly the kind of big-picture thinking that supports the region’s heritage and natural assets to make the Endless Mountains welcoming to visitors,” Schultz remarked. “There’s a lot of potential because of the nexus of regionally-based features here. We have a bundle of attractions and should be concentrating on that as some part of an economic development plan.”

Unfortunately, not every application submitted for Round 23 of DCNR funding was approved due to a limited amount of money to disburse. Nonetheless, the EMHR remains committed to helping those entities that did not receive funding this year by offering advise and alternative avenues for funding. Interested readers may call Schultz at 570-265-1528 with questions.