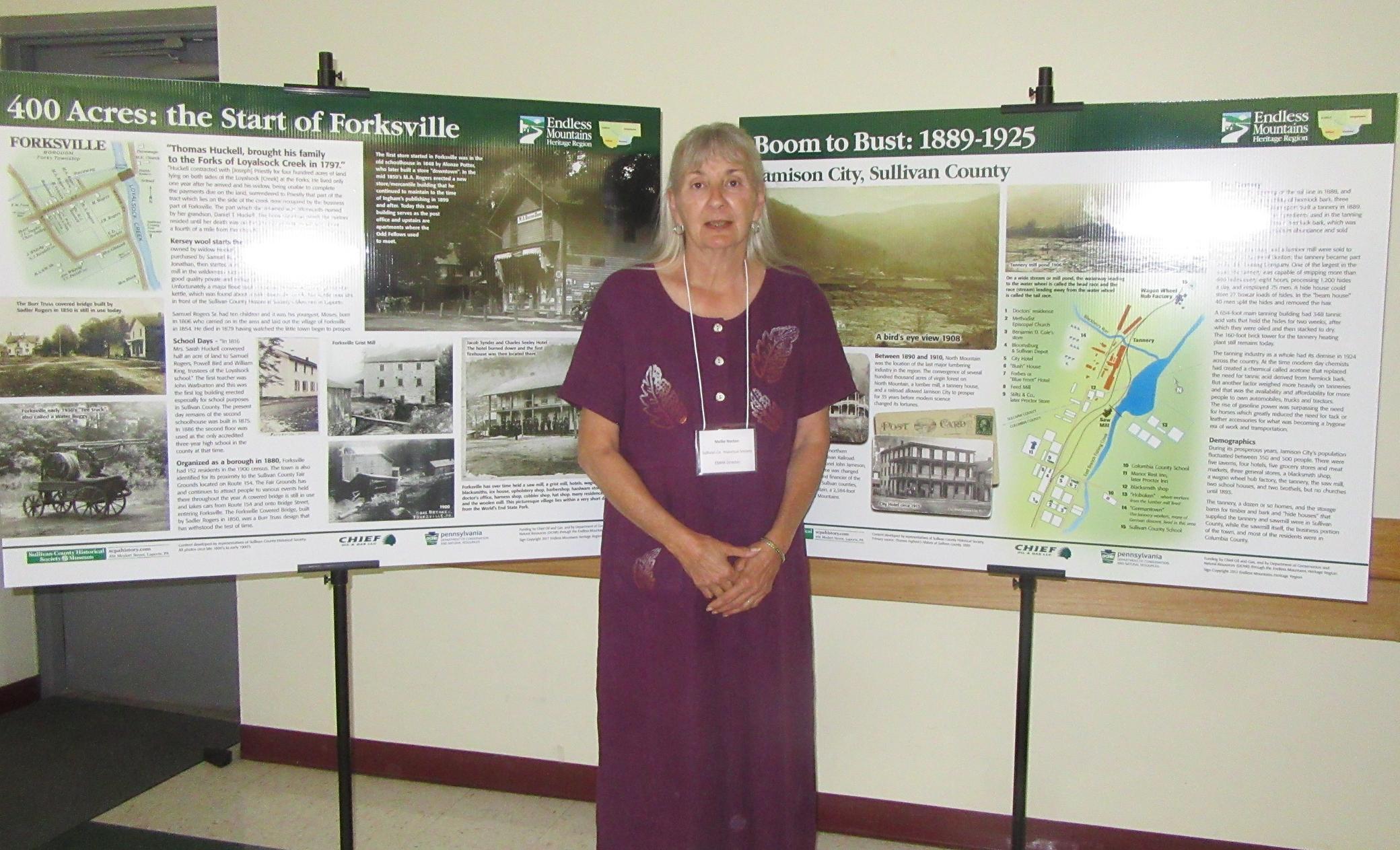 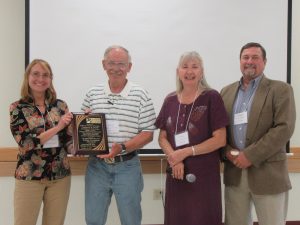 Three Sullivan County board members of the Endless Mountains Heritage Region (EMHR) and two additional people with whom they have worked closely on projects over the past few years shared a Heritage Development Award at the annual EMHR Membership Meeting and Conference held in Wysox on Oct. 6.

EMHR director Annette Schultz presented the award to board members Wylie Norton, Melanie Norton, and John Krakoski, Grace Cott of Forksville and Jeff Mitchell of Wyoming County. Initiatives on which they have collaborated include interpretive panels depicting the histories of Forksville and Jamison and a trail network connecting state-owned lands in Sullivan County and, eventually, Wyoming County as well.

Krakoski provided an update on the trails project, which has been at least three years in the making but gathered steam about a year ago as several rights-of-way on private properties were secured and significant progress has been made addressing concerns of other landholders of segments through which the trails will pass.

Krakoski, who has been working with Mitchell, a trail specialist and Wyoming County District Attorney, said that the two of them feel strongly that the completed trail network has the potential to become a major destination for hikers in the eastern United States. A number of vistas and waterfalls will be made more accessible to the public.

Melanie Norton has been working on the interpretive panels with Gott, lifelong Elkland Township resident and member of the Sullivan County Historical Society. Gott was unable to attend the meeting, but Norton said of her, “Grace has an incredible civic mindset and has passed on her community spirit to all of her children and grandchildren.”

Norton is hopeful that the Forksville sign will be installed at a publicly accessible site in the borough within the next two months. The Jamison City sign will not be completed until spring, and a precise location for its installation has yet to be determined. The signs were made possible by a grant from Chief Oil & Gas, which was represented by Daria Fish at the EMHR conference.

Melanie Norton was also appointed 2017-18 president of the EMHR board by its members at a meeting held prior to the conference.