By: Rick Hiduk
In: Fishing
With: 0 Comments 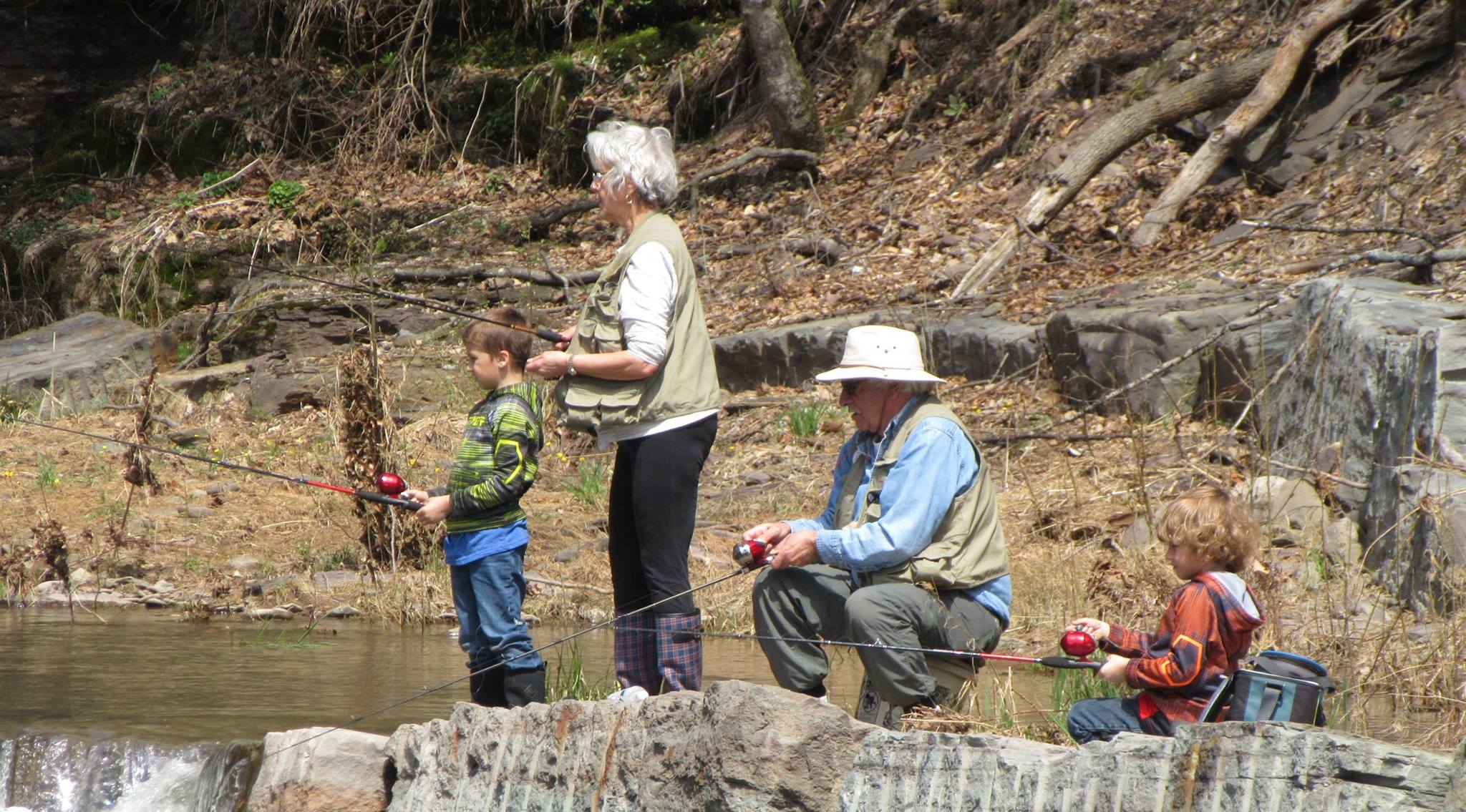 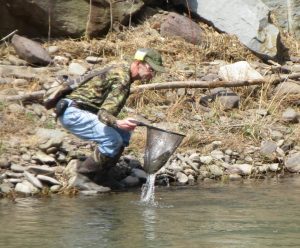 Fishing is a family affair for Al Manganiello (top, second from right), enjoying a day along North Branch Mehoopany Creek in Forkston Township with his wife, Diane, and their grandnephews Owen and Dylan Bonfanti. The trout were biting on April 15, as evidenced by the unidentified angler (above) netting his catch.

Members of the Mehoopany Creek Watershed Association (MCWA) greeted first day trout fishers on April 15 with coffee and donuts and later hot dogs and other snacks at Forkston Corners (Route 87 and Windy Valley Road). The annual tradition is as appreciated by anglers as are the efforts of the group to maintain the streams that eventually flow into the Susquehanna River at Mehoopany.

Recently appointed MCWA president Kyle Ziegler has lived in the area for three years. Moving from Warren County, NJ. MCWA were proud to tout Ziegler as a “bonafide” leader, as he puts his Penn State degree in wildlife and fishery science to work for the organization. He is married to the former Faye Harding of Tunkhannock, and the couple resides in Forkston Township.

High on the group’s agenda this year is a restoration project at Roger Hollow, about a half mile downstream from the confluence of the main stem of Mehoopany Creek and its north branch. Bank stabilization and current diversion there will improve stream habitat, mitigate erosion and provide some flood control, Ziegler explained. Similar work done just west of Windy Valley Road along the north branch and on the main stem south of Route 87 has already shown results.

MCWA member Emily Krafjack gestured to the area of the north branch that had been addressed a few years ago that is just within view of the tents set up to greet anglers. Large quarry-hewn stones were brought in and strategically placed to slow the current and create pools that provide pockets of constantly aerated water that is both healthy for aquatic life and attractive to both fish and those who like to catch them.

“You don’t notice the structure so much,” Krafjack remarked to the contrast to of the barren landscape that initially followed that phase of the project. “There’s more vegetation now, and that slows the water down.”

The cost of the upcoming $300,000+ project will be covered by a Growing Greener Grant from the PA DEP and will be started as soon as DEP issues the permit – hopefully by June, said Ziegler.

The mitigation work also makes for good neighbors, as Al Manganiello is quick to confirm. He owns about three quarters of a mile of stream bank on the north side of the north branch from its confluence with the Mehoopany Creek main stem that is open to the public. The work by the MCWA has not only made the fishing holes more attractive, but more accessible and more habitable for trout.

He and his nephew, Mike Bonfanti, who comes up from Lititz, Lancaster County, to hunt and fish had their eyes on a large palomino trout all morning. By noon, they and Manganiello’s wife and Bonfanti’s two sons had pulled out six trout. “We saved three for the frying pan,” said Manganiello.

In additional to setting up each year to greet the anglers, MCWA members will set up a booth at the North Branch Trout Derby in Lovelton on May 20. The purpose is not just for fundraising but also for visibility.

“We have a membership drive underway,” Krafjack noted.

Readers interested in joining the Mehoopany Creek Watershed Association or lending support are encouraged to contact Ziegler at trapperzig@hotmail.com or mehoopanycreek@yahoo.org. 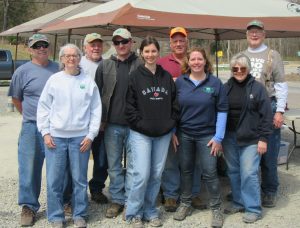 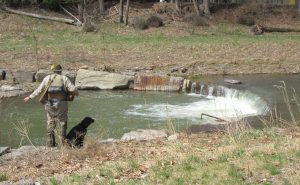 Stream bank stabilization and current diversion work completed several years ago on the North Branch Mehoopany Creek has made the popular waterways more accessible to anglers and habitable for trout and vegetation. 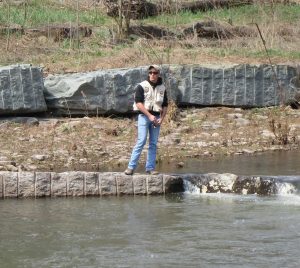 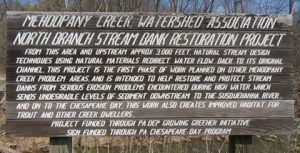