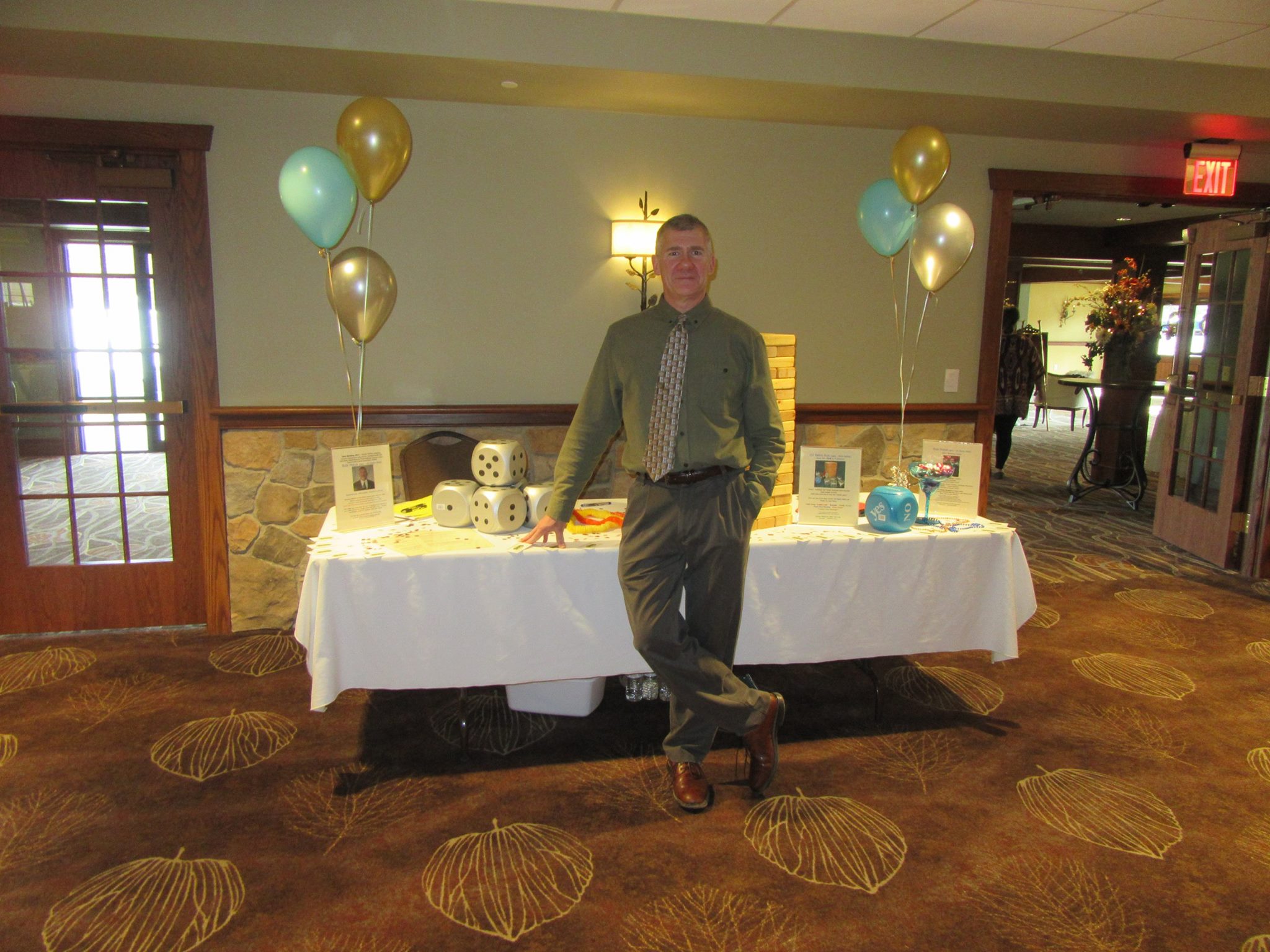 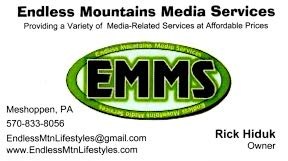 “When opportunity comes knocking, you open the door,” says long-time Wyoming County resident and business owner Rick Hiduk. “When a ‘request’ turns from an ‘opportunity’ to a ‘demand,’ you have to stop and figure out how that fits into your master plan.”

After starting the news and arts website EndlessMtnLifestyles.com in 2013, Hiduk began getting requests for assistance with grant applications, event promotion, content writing, proofreading, and photography. Assignments with the Endless Mountains Heritage Region, the Endless Mountains Visitors Bureau, and the Wyoming County Cultural Center brought projects of larger scope to Hiduk, allowing him to draw on his varied background of program and project development, research, communications and marketing.

As a complimentary service to local musicians and DJs, Hiduk started a weekly entertainment listing for Bradford, Sullivan, Susquehanna and Wyoming counties in 2014 under the title Endless Mountains Nights Out. During its two-year run, Hiduk got to know the owners and managers at dozens of music venues in the four-county area, as well as musicians, promoters and disc jockeys. Those associations would soon prove invaluable.

In late 2014, a DJ friend asked Hiduk if he could assist with a pair of birthday parties. She then asked him to cover a gig for her at a local pub. Hiduk was a little hesitant, in part because he hadn’t been at the helm of such events nor even at the microphone since his days as a radio promotions director in the Williamsport area.

“What really intimidated me was that everything had gone digital since the days when we were carrying crates of music and heavy, heavy speakers to every venue,” Hiduk recalls. “But as soon as I got the dance floor full that December 26, I remembered what it was all about. People want to have fun and they want to feel engaged in the process.”

Digital of course proved to be more portable than the cumbersome systems he had lugged from van to venue and back in the past. Enhanced accessibility to broader music playlists also made it easier to keep diverse crowds happy. Nonetheless, Hiduk did not want to go backwards. If there were to be a demand for his services, he knew that he needed to offer something more than music and sparkling lights.

The development of “Games & Trivia Nite,” “Triviaoke,” and other themed parties immediately filled a niche in the DJ market and brought Hiduk’s talents to larger audience and introduced him to a broader range of people.

Simultaneously, Hiduk was given the opportunity to manage three important community projects, including The Historic Tunkhannock Walking Tour in Wyoming County and the development and placement of the new Susquehanna County Heritage Attractions signs. When the Susquehanna River North Branch won the 2016 River of the Year contest, Hiduk was asked to promote the award and coordinate all related events. Leaning on his many years in broadcasting, Hiduk utilized radio and television in ways that were new to the organizations for which he was providing services.

In June 2015, Hiduk was interviewed, complete with cowboy hat, on behalf of The NEPA Bluegrass Festival on WBRE’s PA Live program. The next year, he arranged for WNEP to interview festival founder Danny Stewart for a fun, music-filled on-location newscast at 5 a.m. in Lazybrook Park.

In 2016, Hiduk was interviewed on GEM 104 Radio on behalf NEPA Bluegrass, PA River of the Year, and The Historic Tunkhannock Walking Tour. He offered his services as master of ceremonies at the Not One More in Wyoming County Addiction Awareness Rally because he shares the fears and concerns of group founders about the alarming rise in opiate addictions and overdoses taking their toll on the county’s residents.

The process of coordinating such a variety of events and making room for them on his schedule comes naturally to Hiduk, who admits to being compulsively organized.

So, opportunity had knocked, and the variety of requests confirmed a demand for his talents. Hiduk turned to his former radio colleagues and fellow writers for advice, and they summed it up best. The general agreement was that Entertainment, Promotions, Web Site Management, Project Development, Writing, Broadcasting, Publication, and Event Planning, when employed collectively, become media. The already established Endless Mountains Media Services was therefore the perfect vehicle to encompass all of these elements, and Hiduk’s experiences and unique skill sets are perfectly suited for management and growth.

Where does Hiduk see all of this going?

“I love the Endless Mountains region – especially Wyoming County – and have no intentions of ever moving away again,” he remarks. “I am home to stay and will do whatever I can to promote the area.” Hiduk insists that the Endless Mountains can effectively operate and progress as a distinct market separate from Wilkes-Barre/Scranton, Williamsport, and New York’s Southern Tier if he can help get everybody else on board.

“I’d kind of like to be known as the ‘Manny Gordon’ of the Endless Mountains,” Hiduk says with great reverence for the late, great promoter of Northeast Pennsylvania. “I believe that I have a unique perspective on how these four counties can achieve great things collectively, and I hope that the work that I can accomplish between now and the day my maker tells me to retire will reflect that.”