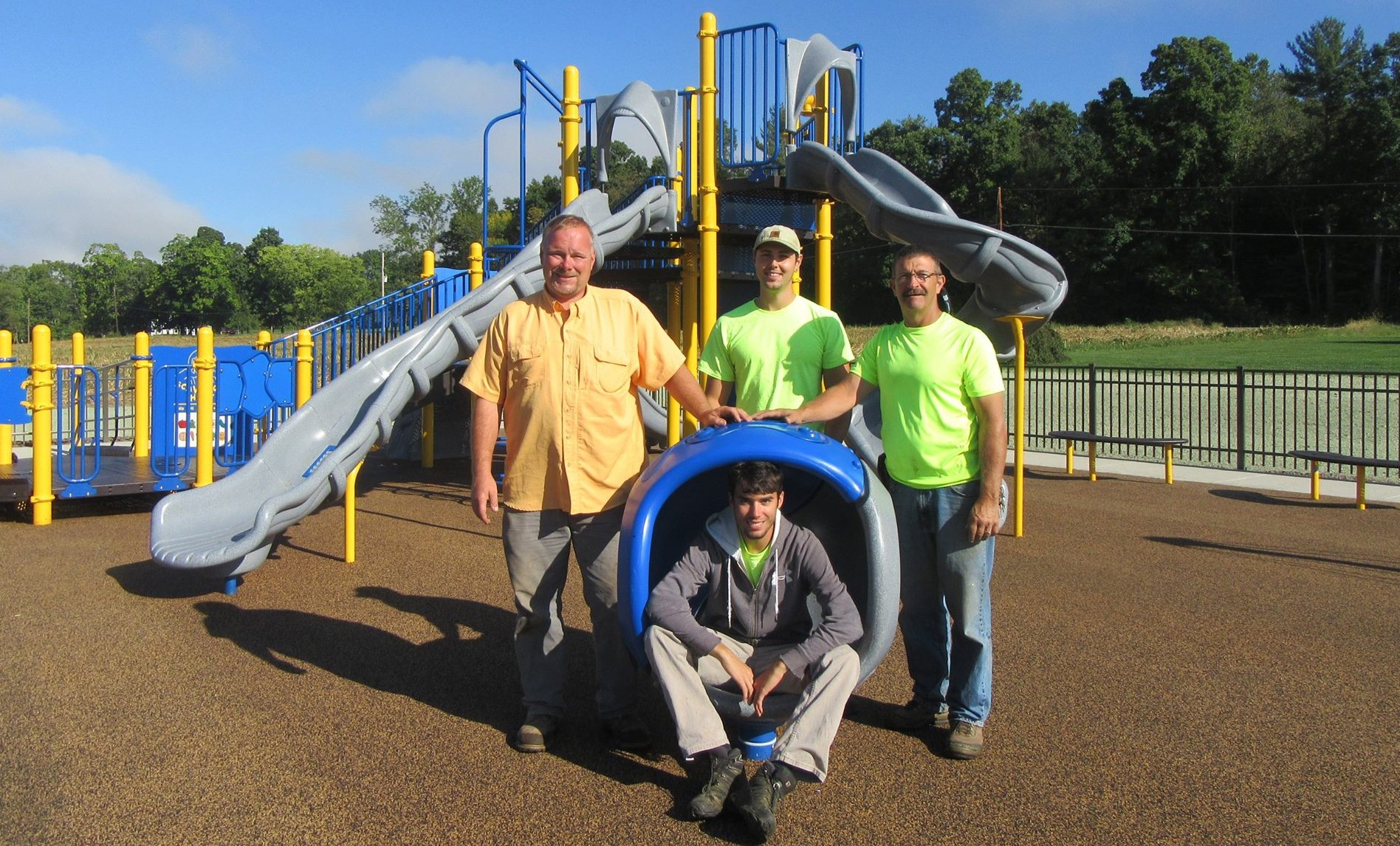 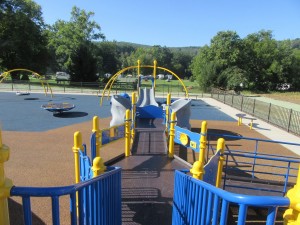 The official dedication of a new playground at Larnard Hornbrook Park, which was designed for children with disabilities and those without, took place Thursday evening, Sept. 22, after a meeting of the Bradford County Commissioners at the park.

Though work on the playground was complete by Thursday morning, Bradford County park supervisor Rod Manley and his crew were sprucing up the area around the pavilion where the meeting was to take place.

The new playground is a state-of-the-art design, and Manley is proud to detail its many unique features. The surface is a poured-in-place rubber compound that reduces the impact for any children that might fall. Traditional wooden playground mulch doesn’t give nearly as much, Manley noted. The rubber also offers a somewhat squishy, bouncy surface that kids love.

In fact, Manley, explained, the playground boasts more sensory-based elements and is the largest independently-owned playground of its kind according to Gettysburg-based firm that designed it. The rubber around the tallest playground pieces is twice as thick as around the perimeters at about 4 ½ inches. It is supposed to last about 15 years, depending in weather and wear. 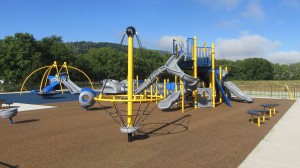 A color shift from blue to beige on the surface subtly dilineates the 2- to 5-year-old play area from that geared toward children up to 12 years old.

Much of the equipment is wheel-chair accessible, including the largest unit, which includes a broad bridge deck with climbing tower and slides at one end and a large Aeroglider, in which two wheelchairs could fit easily, at the other.

“They love the to-and-fro motion,” Manley said of youths with physical limitations who will be enjoying the playground. Manley noted that he has learned a lot about how children with or without disabilities develop their senses during the course of the research and construction for the pieces. The egg-shaped spinning chair, he cited as another example, is designed with children with autism in mind. “They like to climb into things,” Manley explained. “It makes them feel secure.”

Children standing or seated in wheelchairs can turn the crank on a free-standing sound generator device. A child can select the sound he or she wants to hear with the push of a button, then turn the crank to hear the sound. 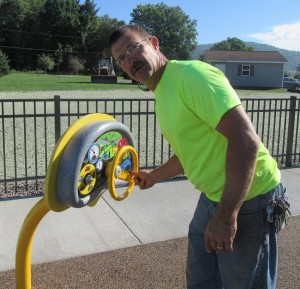 A scavenger hunt board posted on the bridge deck of the central unit has a 3-dimension list of familiar icons, duplicates of which are cleverly placed throughout the playground. During a soft-opening of the park last week, Manley related that it was fun to hear the children shouting, “I found it!” 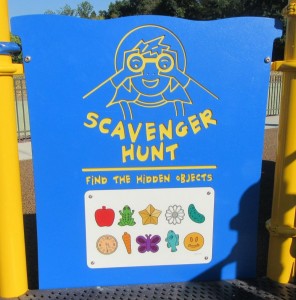 When asked if there would be people on hand as the park opens to show children how to use the apparatus, Manley indicated that it wouldn’t be necessary.

“Children will look at a playground and decide what they can do,” He explained. “Children of all abilities will find something to do here.”

As to any concerns about protecting the relatively isolated playground and park, which is closed after sunset, Manley noted that surveillence cameras have been installed with security in mind. 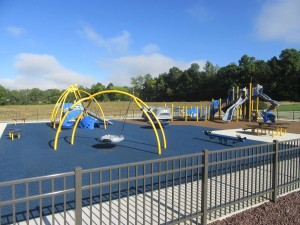 The playground project at Larnard Hornbrook Park was made possible by a $117,000 DCNR grant. Manley also expressed gratitude to a number of local companies, including BradCo Supply, Bishop Brothers, Hunt Engineers, and M.R. Dirt for supplying needed equipment at no cost. Bradford County chief clerk Michelle Shedden added park consessionaire Libby Keeney to those to be recognized for their efforts.

“She worked right there beside our maintenance guys, mowing lawns, raking dirt, pressure-washing sidewalks, and anything else that they needed an extra hand for,” Shedden remarked.