COGENT Speaks Out to DEP, Reminds Public of Comment Window 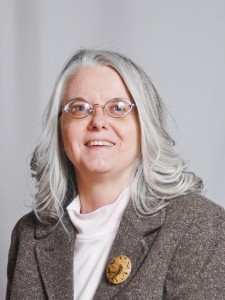 Emily Krafjack (above), President of Connection for Oil, Gas & Environment in the Northern Tier (COGENT), presented the following comments to the Department of Environmental Protection (DEP) on the proposed final Chapter 78 drilling regulation on May 4 in Williamsport.

I am Emily Krafjack, president of Connection for Oil, Gas & Environment in the Northern Tier. We are a regional advocacy organization based in the northern tier focusing on unconventional oil and gas resources within Bradford, Sullivan, Susquehanna, Tioga and Wyoming counties.

Our primary quest has been to advocate for better regulations for gas industry operations near our homes and schools.

I want to talk briefly about the promise versus the practice. Land-men began traipsing around our country-side as early as 2005. Those early and more recent conversations all evolve around promises made. A promise that we were guaranteed to receive a minimum 12.5% royalty, when in fact the practice is many royalty owners are receiving far less than their negotiated due royalty.

A promise that we do not have to be concerned about our water, when the practice is dozens and dozens of families have either impaired water or water restored at a quality less than pre-drill tests would indicate.

A promise that the next door neighbor to a well pad would only hear a hum; when the practice is to not use any or very little noise mitigation which results in nearby families having volumes of intermittent noise that interferes with basic living.

And, these are just a few of promises that fail to meet the practice.

Industry trade groups attempt to lead people to believe that this rulemaking now up for public comment was crafted in a vacuum. That is far from the truth. These regulations have been moving forward since 2011 when we were advocating for protective measures with our assembly members.

During this process, assignments were given; opportunities were taken to submit proposals for discussion. Part of what came out of this process was the concept of centralized tank storage facilities. It was noted that a new permit was needed and the assignment was for certain industry stakeholders to submit for the next meeting a proposal of what they would suggest for a permit.

A proposal was submitted, two pages long, using the word “tank” only twice. The proposal included no description for a permit, but rather was a permit by rule. There was continued discussion at meetings regarding this concept. During the public comment period last year we submitted comment what we’d like to see in a centralized tank storage permit.

Thus, for those of us participating in the process, these new provisions should not come as a surprise. They were not created in a vacuum, there was plenty of opportunity to provide information and be part of the rulemaking process.

As mentioned previously, this rulemaking began in 2011. In these years since, Colorado, Ohio and West Virginia have all moved forward with, adopted and implemented upgraded regulations and we are still struggling to do so.

Whether it is the United States or internationally, eyes are upon the Marcellus Shale, promise versus, practice, versus performance. The lack of a clear and predictable regulatory framework in Pennsylvania has been instrumental in New York and Maryland’s moratoriums along with those of the provinces of New Brunswick, Nova Scotia, Labrador, Newfoundland and Quebec, many of whom have visited here and – perhaps failing to like what they saw – they also instituted moratoriums.

We at C.O.G.E.N.T. have never advocated for a moratorium nor would we. At this point in the play, such an action would be devastating to our region. However, we can readily see that lacking common sense, reasonable regulations are essentially much needed in order to reach a delicate balance where all stakeholders thrive.

It is obvious that these regulations are very much needed. We strongly urge the proposed rulemaking package moves forward without further delay. We plan to submit our detailed written comments on the new draft revisions.

Thank you for the opportunity to submit testimony.

In March, Krafjack was named an ad hoc member of DEP’s Oil and Gas Technical Advisory Committee which provides advice to the Department on regulating unconventional (Shale) drilling in March.

DEP is accepting comments on the proposal final changes to the regulations until Tuesday, May 19. For more information, interested readers can visit: