By: Rick Hiduk
In: Leadership Wyoming
With: 0 Comments 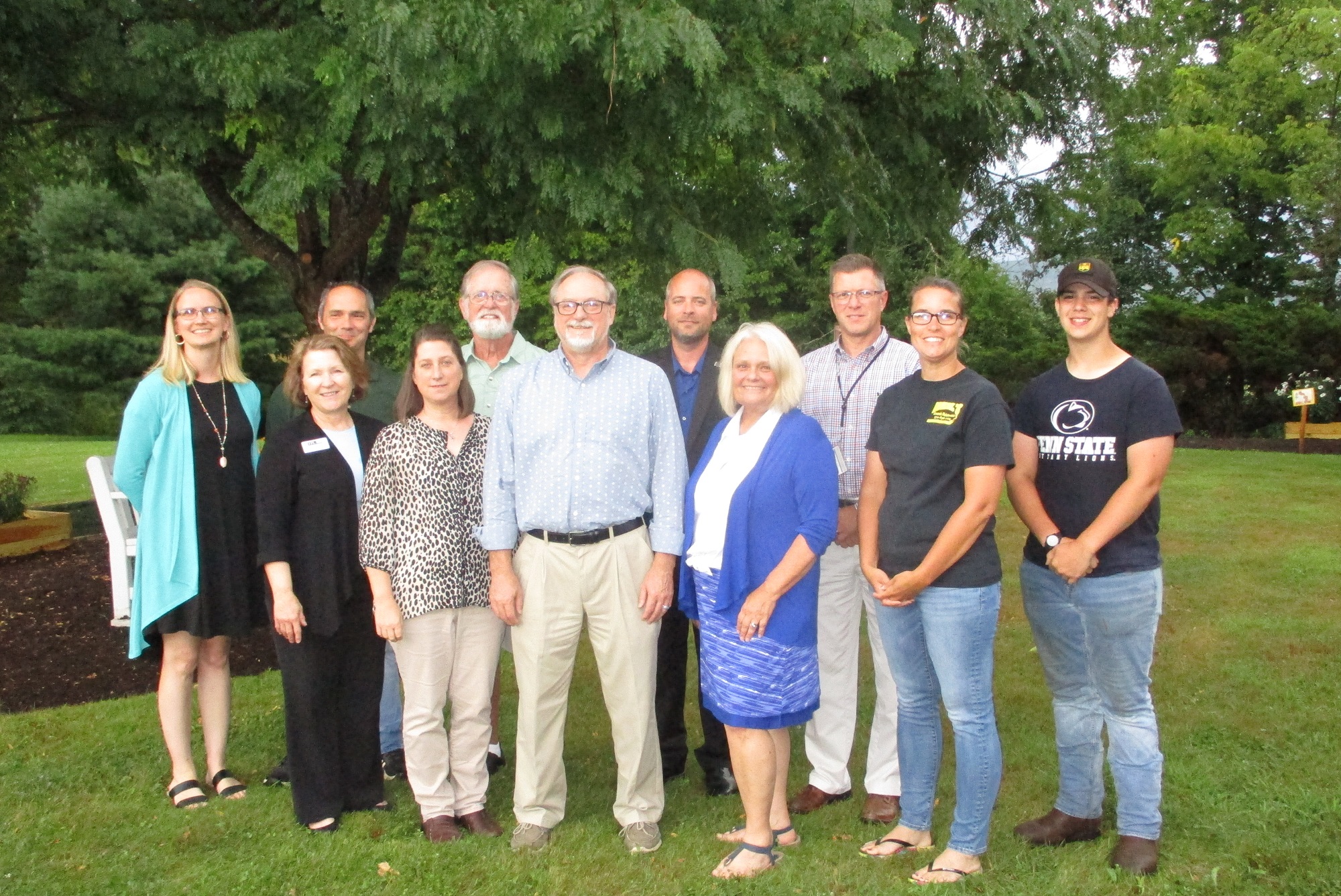 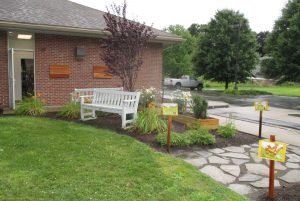 In 2017, the Wyoming County Chamber of Commerce started a new program geared toward providing opportunities for employees of members and other individuals to learn as much about how the county operates, enhance networking skills and form a team, and take on a needed project in the community. The inaugural class took to all those goals with earnest. But they ran into some obstacles when it came to their class project.

“Two wet springs in a row put it on hold,” Tunkhannock Public Library director Kristin Smith-Gary said of the group’s plans to install a garden and play space behind the library. In the long run, that was good, she maintained. “It gave us time to think more about what we really wanted.”

On Aug. 8, a handful of library representatives and members and Leadership Wyoming Class of 2017 gathered to look at the new landscaping, walkways and benches that resulted from the fundraising of two years ago and the evolving thought process in between.

Plant material is a combination of perennials at ground level and in and raised beds that form a visual boundary around a play area for those involved in children’s programming, as well as some spaces for others to step outside the library and take in the beauty of the fields and forest at the back of the property. Smith-Gary noted that instructors realized that the kid’s activities were actually quite vigorous. The open grassy area, therefore, is more suitable to them.

“While it may have taken a few years, we wanted the library to have a good product and make use of it,” said Chamber president Gina Suydam.

“It fits our needs right now, but it’s flexible if we want to change things,” Smith-Gary related, adding that response from library patrons to that which was installed by Neil’s Grounds Maintenance has been positive.

Leadership class alum John Fager recalled that, even when the project wasn’t moving along as envisioned, “the community was really behind us.”

“Everybody wanted to help,” Suydam agreed. “That’s what makes Wyoming County so great.”

The fourth Leadership Wyoming class will meet in a few weeks at the Wyoming County fairgrounds to embark on a journey of their own. To learn more about the program, interested readers can log on to www.wyccc.com. 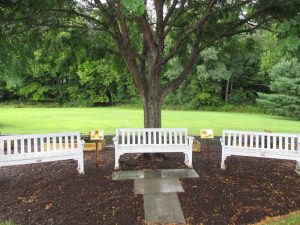