Dietrich to Celebrate “Sustainability” With Free Film for Public

The staff of the Dietrich Theater on Tioga Street in Tunkhannock invites the public to enjoy a free screening of “Indiana Jones – Raiders of the Lost Ark” on Aug. 15 to mark the Wyoming County Cultural Center’s successful sustainability campaign. Free soda and popcorn will also be provided.

The Wyoming County Cultural Center in Tunkhannock is much more than a movie theater. Hence its much more encompassing moniker as a non-profit organization. While the Dietrich Theater at its core continues to make memories for families, friends and those enjoying “date nights,” the iconic building near the center of the county seat has evolved into a hub for arts and education for residents of all ages.

In an average year, more than 80,000 people walk through the doors of the Dietrich Theater. Wyoming County has just over 27,000 residents.

The Cultural Center has a unique past, however, and executive director Erica Rogler (below) is proud to tell the story of its recoveries, once from an era when small-town movie theaters no longer seemed relevant and just a few decades later when the community watched their beloved Cultural Center become engulfed by Tunkhannock Creek and the Susquehanna River. 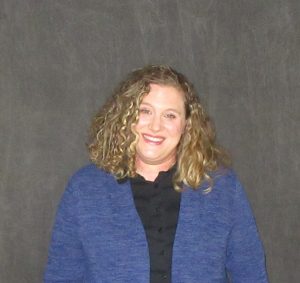 While the community at large can be credited for its recovery from the flood, numerous individuals, business leaders and giant corporations provided crucial support for the Cultural Center at a critical juncture. Some of them will continue to play pivotal roles in years to come as natural gas is brought to Tunkhannock and the Cultural Center taps into one of the region’s most prolific resources.

“The town wanted the Dietrich back. They missed it,” Rogler says of the decade without a theater. A non-profit group formed with the sole purpose of resurrecting the theater. “After three years of fundraising and renovation, they reopened the Dietrich theater in 2001.”

Subsequent expansions increased the number of screens from two to four by 2009. Its success was felt throughout Tunkhannock, with patrons coming in from the surrounding counties to dine in local restaurants and do some shopping or site-seeing in addition to taking in a show. Offerings at the Cultural Center range from first-run blockbusters, foreign and art films, and seasonal film festivals to open-mic nights, radio theater and musical events.

Tunkhannock has seen its share of historic floods but nothing like the deluge of September 2011. As streams throughout the area burst from their banks, Cultural Center board members and other volunteers rushed to town to dismantled the seats in the Evans Theater, the oldest and lowest part of the building. They were moved to the lobby, which had never before flooded. But it did. The water continued to rise to the intersection of Bridge and Tioga streets, completely surrounding the Culture Center to the horror of onlookers.

Business owners and individuals responded to the needs of the theater by providing labor and materials for the needed cleanup and repairs. But the expensive, temporary closure was followed by some industry-wide slowdowns, and the prospects for the Dietrich Theater once again grew dim.

“We decided that we needed to guarantee the Dietrich’s future for generations to come,” Rogler remarks. In addition for a need to move the HVAC system to the roof, movies went digital, and the Dietrich had to follow the technological advances to survive. “We needed to retire $335,000 in debt to free up about $32,000 a year in cash flow to allow us to endure difficult movie seasons.”

Thus marked the beginning of a massive Sustainability Campaign for the Wyoming County Cultural Center. Remarkably, the benchmark was reached in about 18 months. “We received a rapid and positive response from the community, businesses, foundations and individuals,” Rogler recalls. Contributions soon topped $340,000.

“We found industries like Cabot Oil & Gas Corporation not only lent their support to the campaign but asked how they could help in other ways,” she notes, adding, “Williams Companies has been instrumental in funding a variety of programs at the Dietrich as well.” Williams also contributed to the Sustainability Campaign.

Their financial support, Rogler reasons, was a natural extension of the dedicated patronage of the companies’ employees, who had been coming to the theater for many years. “It means much more to them than just supporting a community landmark,” says Rogler. “They have shown us that they are here to stay and want to support us in the long run.”

Rogler hopes that the classic, small town vibe of the renovated Dietrich Theater also appeals to people related to the gas industry, as an alternative to larger facilities in cities.

Nonetheless, the spacious, older Evans Theater can prove expensive to heat during cold winters, and Cultural Center administrators are looking to the natural gas industry for help at that end as well. “We’re always looking at ways to cut costs,” Rogler explains. “Right now, our energy burden is that of 40 houses, which is significant.” News that natural gas will be available to residents and businesses over the next few years via a project spearheaded by the Wyoming County Chamber of Commerce is a great relief to board members.

Rogler notes that 40 percent of the Cultural Center’s budget is currently absorbed by energy costs. “If we convert to natural gas,” she states, “the savings will be significant.”

To celebrate its successful Sustainability Campaign, The Dietrich Theater is providing a free screening of “Indiana Jones – Raiders of the Lost Ark” to the public at 1 pm on Thursday, Aug. 15. The cost of the film, as well as free popcorn and sodas for guests has been covered by Cabot Oil & Gas Corporation.