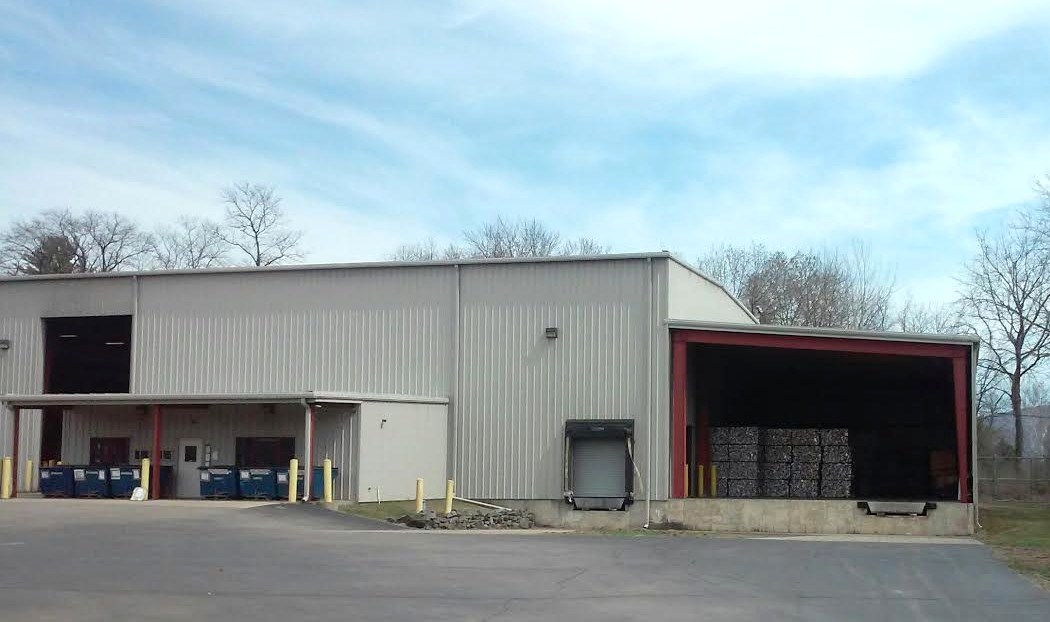 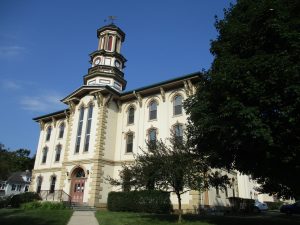 Recycling of electronics will take place again at the Wyoming County Recycling Center in Tunkhannock Township (top) on Saturday, Sept. 14. The county commissioners met at the courthouse in Tunkhannock on Thursday rather than Tuesday this week, as the annual summer conference of the County Commissioners Association of Pennsylvania (CCAP) was held earlier this week.

Wyoming County recycling coordinator Mike Rogers visited the commissioners on Aug. 8 to remind them and the general public that the twice-annual Electronic Recycling Program will resume on Saturday, Sept. 8. Items as varied as batteries, computer parts, appliances and light bulbs can be deposited at the county’s recycling center at 130 Tunkhannock Township Drive from 9 am to noon.

Rogers reported that turnout was “real good” for the spring event, with 323 people bringing nearly 15 tons of electronics to the center. There were still vehicles pulling in from Route 92 at noon which, commissioner Tom Henry noted, is OK. “As long as people are coming in, they’ll take care of them,” he stated. Once there is a break in the traffic, the gates will close, and electronic recycling will be done until next spring.

Items that can be dropped off at no cost include desktop copiers, CPUs, fax machines, keyboard, laptop/desktop computers, microwave ovens, answering machines, pagers, printers, radios, telephones, modems, and VCRs. A complete list that includes costs for depositing appliances can be found at the end of this story.

Generally speaking, recycling continues to be a tough business, Rogers related. China was paying good money for bundles of plastic, aluminum and paper, but contamination became an issue. A “contamination fee” was imposed, but it did not stop the problem. Recycled paper, he cited as an example, dropped from $100 to $2.50 per pound because of contaminants. The bundles exported from the county’s recycling center are remarkably clean, Rogers maintained, as items arrive mostly separated and are then hand sorted on site.

“The sorting operation is something to see,” commissioner Judy Mead remarked as to the speed and the efficiency of the operation.

The issues, Rogers explained, stem from “single stream” outfits that cannot guarantee the quality of the end product. Several school districts and municipalities that are relying on companies that use single stream recycling are facing higher costs than would be incurred through the county, Henry suggested.

Three requests for the commissioners to sign off on adoptions were submitted by county human services director Mike Donahue. Their signatures are basically a formality, Henry explained, as the groundwork for the adoptions has already been completed. “This is good news though,” he stated. “It’s nice to be kept aware of this.”

While the names of the two adopting couples were not disclosed, it appeared to the commissioners that one couple was adopting siblings, which prompted Mead to remark, “It’s hard to find foster parents, and it’s hard to find adopting parents, so this is good to see.”

The commissioners approved a request from Judge Russell Shurtleff for the release of $1,500 to provide Kids First sessions for parents going through divorce or separation who cannot otherwise afford the program. The funds were reserved prior to the year 2000.

Kids First is an educational program designed for families to help their children cope with the difficulties of parental breakups and family conflict. Parents are counselled on how their experiences and reactions can effect children and are given tools to help reduce potential stress. In Wyoming County, the program is managed by domestic relations director Ginger Cragle.

Henry and Mead attended the CCAP Conference and Trade Show held at the Hotel Hershey Aug. 4 to 7 and brought back some new ideas to address issues shared with other counties. Among them are potential streamlining of medication assisted treatment (MAT) for inmates with substance use disorders, which, Henry related, every county has to deal with, but the processes differ greatly.

“There’s no one program that everybody uses right now, but that will soon change,” he suggested. New recommendations outlined in a breakout session by Steven Seitchick of the state’s bureau of treatment services are important, Henry noted, because individuals with established MATS whose treatment was not continued when they are incarcerated have been suing the state.

In addition to the MAT, some prisoners are being given a single dose of Vivitrol upon their release. The injection blocks the effects of opioids for up to 28 days and can give a person with substance use disorder a better chance of recovery, especially if paired with vocational counseling.

The idea sounds good in theory, Henry noted, but the cost of $1,000 per dose (after insurance) makes it prohibitive in the short term. He is looking forward to meeting with representatives of Prime Care at the end of August to discuss options.

The invasive spotted lanternfly and deer ticks were highlighted in another workshop. The prospects of both are frightening, Mead related. The spotted lanternfly was visible on trees where the commissioners stayed, and they checked their vehicles prior to returning for fear that they would carry any back to Wyoming County, where they have not yet been confirmed. “They could devastate our agriculture,” said Mead.

As for Lyme disease and other tick-borne illnesses, Mead cited nearby Wayne County as having an aggressive awareness campaign that she would like to see implemented here. She has requested information from Wayne County officials.

In the meantime, the commissioners recommend checking with the county’s Penn State Extension office for the most current information on the pests at 570-836-3196. 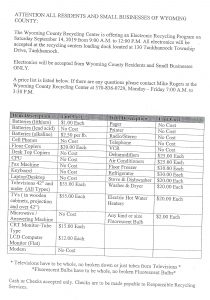