Rick’s Report – Our “I Dos” Are Overdue

By: Rick Hiduk
In: Rick's Report
With: 8 Comments 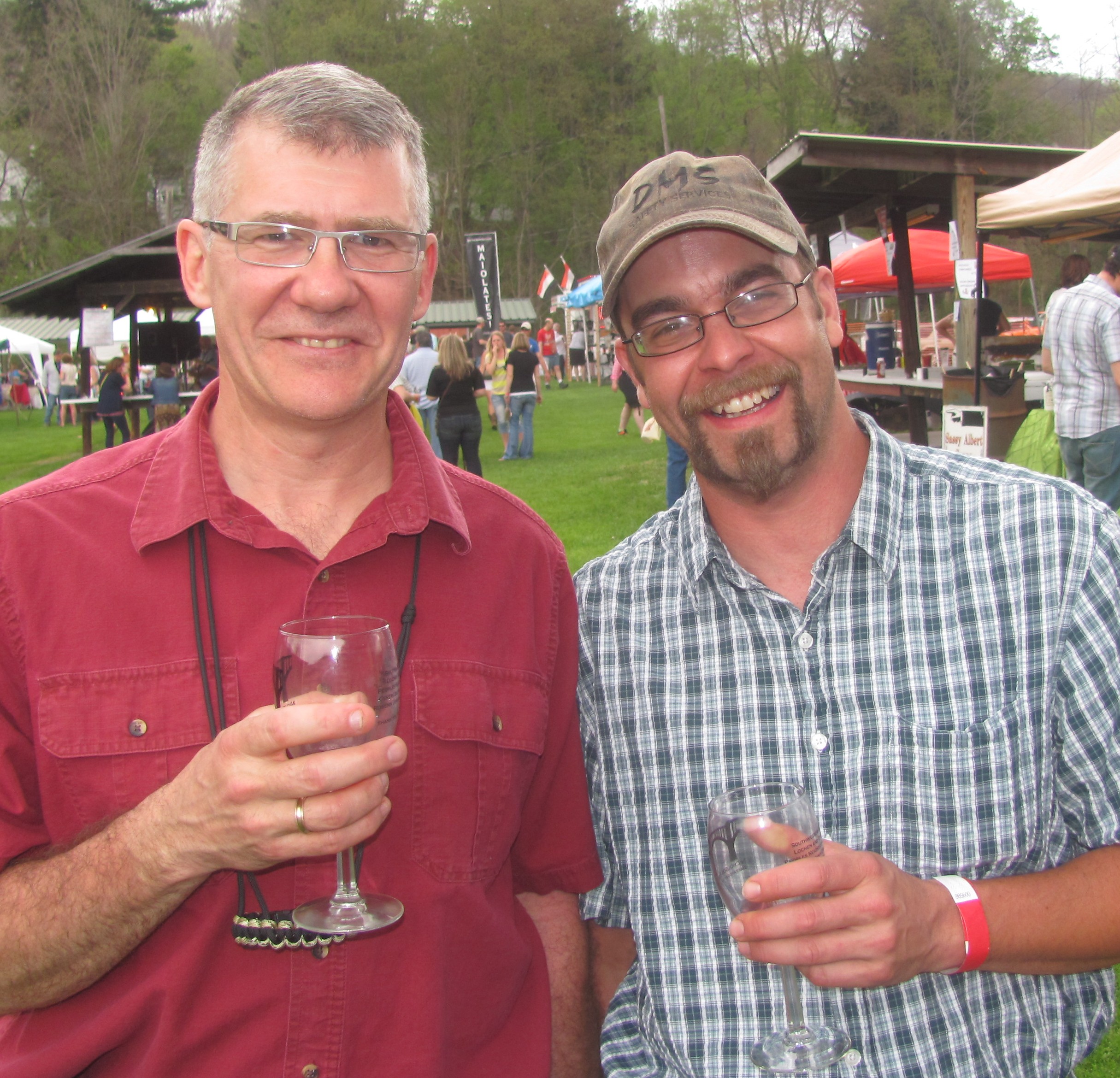 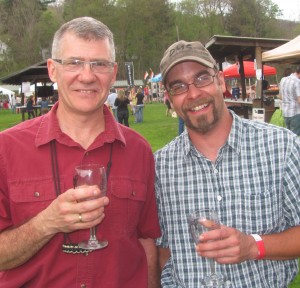 There are things in life that you want to do and things that you need to do. And, sometimes, you simply have to do what’s right.

That’s why Mike and I exchanged vows in front of 50 family members and 50 friends in October 1999 after being together for three years. That’s why we went to the courthouse last Wednesday to apply for our legal marriage license. That’s why I chose to work with Wyoming County Press Examiner reporter Michael Wintermute on a story about Mike and I being the first gay couple in Wyoming County to acquire a marriage license.

As Mr. Wintermute accurately reported in a story that was published in the May 28 edition of the paper, we had no intentions of making history as much as we were more than ready to officially solidify a commitment that we had made 15 years ago. Silly me to think that there would be a rush on the Wyoming County Courthouse and that the staff in the Prothonotary office would be bored with the process by the time we arrived.

I agreed to be interviewed by Mr. Wintermute because I admire his dedication as a young reporter and the professional manner in which he presents himself. It has been a number of years, however, since I have been the interviewee, so I did not know what to expect of a finished product over which I would have limited final influence.

A rough draft was sent to me, and I approved it with a few minor suggestions. Nonetheless, the lengthy phone conversation that Mr. Wintermute and I had last Friday had to be whittled down to something much more concise that the reporter felt would convey as much about which we talked while still adhering to the newspaper’s style and space available.

That said, there was much left out that I really wanted people to know about us and how we feel about marriage in general. But Mr. Wintermute did get the point across that, in our case, our “I Dos” were seriously overdue.

Mike and I have been together since the day we met in October 1996. I knew instantly that I had met someone profoundly different from anybody who had previously expressed an interest in having meaningful conversation with me. I was single and definitely not “looking” for anyone to date, let alone to fall in love with.

But in the weeks leading up to that evening that Mike sat down on that bar stool and asked me for a Captain and Coke, I had confided in God that I was ready for a relationship again and asked that he open my eyes and heart to the possibility of meeting someone with whom I could make a future.

Mike spoke of family and school, a planned career as a landscaper and his love of music by Billy Joel and John Michael Montgomery. In retrospect, I understand that he had blinders on and had already fallen for me, even though I could not yet feel it. The bar in Williamsport was busy that night, and I worked the crowd in my usual way but found myself drawn to this handsome brown-eyed man with an honest smile.

There were some major differences between us however that I couldn’t overlook. I was 34, and he was 22, barely old enough to be in a bar and certainly young enough to have years of oats sowing ahead of him. Was this a “man crush” on his part or merely puppy love?

Secondly, he was not openly gay to any of his high school or college friends, let alone his family, whom he had described as devout Baptists. I, on the other hand, had been out already for 12 years, having ridden the large wave of the Wilkes-Barre gay heydays of the early 1980s.

Did he have the strength, I wondered, to weather the resistance that most of us in this situation face when the time comes to have that talk with Mom and Dad, let alone the snide comments that were more common in public in those days when someone would realize that we were more than friends and not siblings?

After about a month and a half of dating and daily communication, I had to turn back to God to find the answers to my dilemma. I admitted to him that this was all very confusing to me and that I needed some sort of reassurance to move forward. Having long enjoyed a close personal relationship with my maker, I knew the difference between God’s “voice” and my own rambling thoughts.

God told me that if I would love this man unconditionally, he would forever be faithful to me. That night, without provocation, Mike said to me, “I want to be with you forever.”

In all of the years that I had pursued relationships, nobody had ever said the word “forever” to me. That was the sign. I knew that I had found the real deal. On December 23, 1998, Mike got down on one knee in our apartment kitchen and proposed to me with a ring. Though I silently cursed him for beating me to it, I was elated and, of course I said “Yes.”

Our first ceremony was incredible. It succeeded in helping our family accept our commitment to being life partners, even though there was no legal bearing and, at that time, little hope that we could legally wed for another 10 years or more.

Has it been easy? Hell, no! There may be some couples out there who have experienced more consistent wedded bliss that we have, but we have found that our greatest asset is being able to communicate our feelings, even when they are blurted out in the heat of an argument.

Truth be told, we’re two headstrong, stubborn guys who never like to be told that we are wrong even when we know we are, and we’ve taken it outside more than once to prove it. But we’re also so ridiculously romantic that we refuse to celebrate Valentine’s Day because we won’t be coddled into expressing our love for each other on a certain day to the benefit of card and flower shops.

We moved back to northern PA after my step-dad died to look after remaining family and because we’re country boys at heart. We try to live off the land as much as possibly by hunting, fishing, and growing our own food. As in Marietta, PA, we also strive to be active members of the community. It has become our new labor of love.

One of the things that Mr. Wintermute asked me during the interview that I wished he had included in the story was whether or not I had advice for other couples in our situation. Perhaps he panned my response because it was so general.

“Be sure,” I said. Marriage is a serious commitment, hard work, and not to be taken lightly by anybody, gay or straight. Marriage is not the answer for everybody, and we have seen many straight couples fail because they took those vows for the wrong reasons.

But, if the person with whom you have already been through better or worse is the same person you kiss every night and say “I love you” – and you feel it each time – there is no reason not to get married.