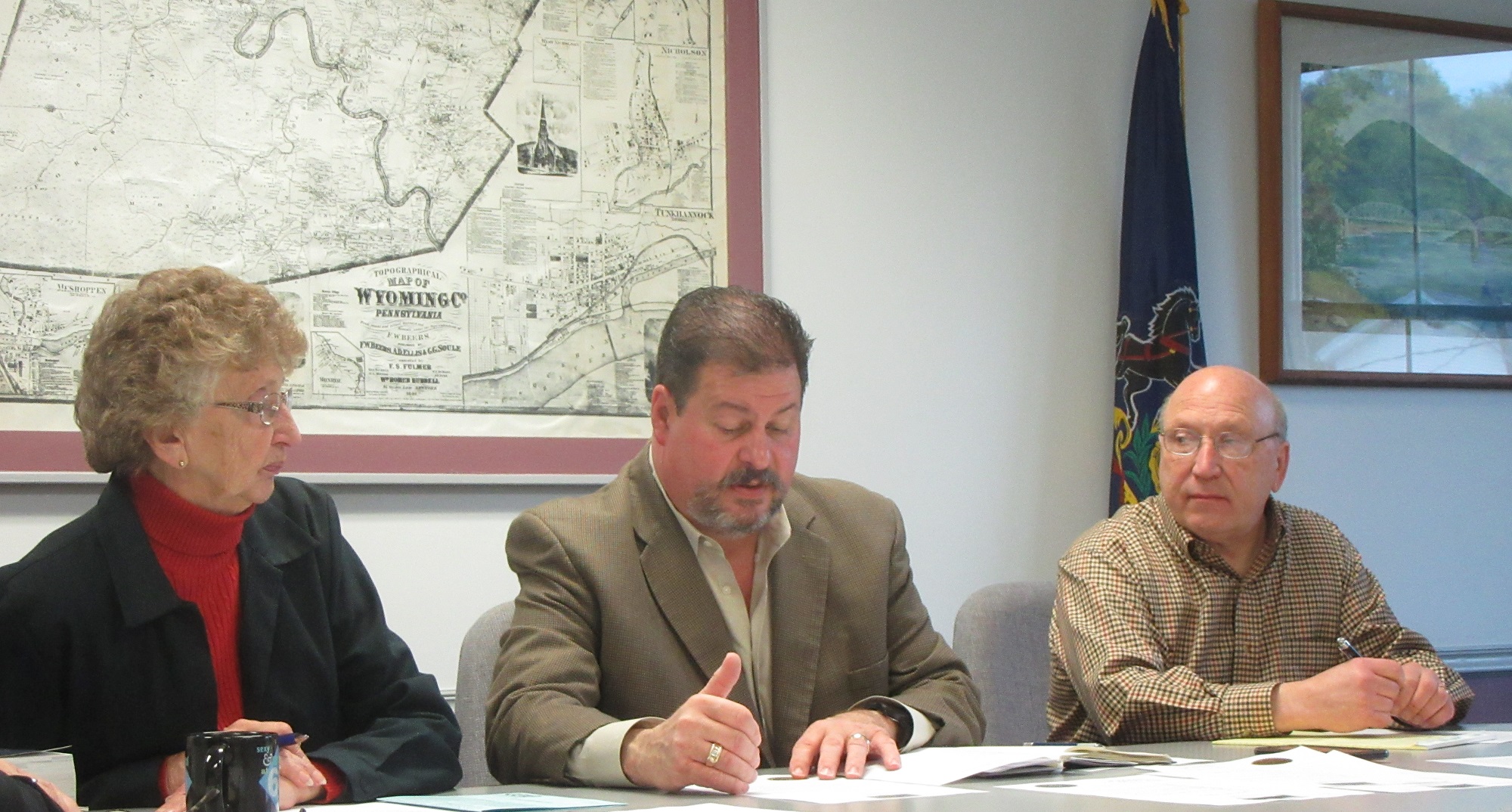 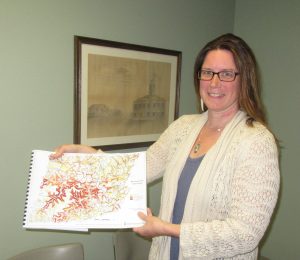 Wyoming County Planner Lynnelle Farber (above) displays one of the colored maps in the county’s new comprehensive plan book, this one depicting the topography of the county.

Photos and story By Rick Hiduk

Wyoming County Planner Lynnelle Farber visited the county commissioners at their April 30 public meeting to deliver the county’s newest Comprehensive Plan, a 150-page resource guide to which the Planning Commission will refer to help coordinate and implement initiatives brought to their board by investors, developers, and residents. The complete one-inch-thick volume contains details on roads, natural resources, agriculture and relative allowable land uses.

The latest Comprehensive Plan was started in 2014, and Farber has worked on it since 2015. Much of the original plan had to be overhauled, she noted, and she is satisfied with the end result, which includes a lot of maps that depict the county from a variety of perspectives.

“I’m a visual person, and the maps will be very helpful,” said Farber. “One of the hindrances to development in the county is the topography. We have a lot of steep slopes,” she explained as she exhibited a fold-out map.

“There’s a lot of red on this map,” Farber noted, in reference to the colorized depiction of bluffs and vertical drops that flank river valleys and ice-age-old ravines.

The commissioners approved the document contingent on final approval of the solicitor, after which it will be sent electronically to municipalities and be posted on the county’s website. The next duty for the Planning Commission will be an overhaul of the county’s Greenways, Trails and Open Spaces plan, to which Farber indicated she is looking forward.

Municipal Officials and First Responders are invited to the Wyoming County EMA Center on May 7 to see the county’s new Mobile Incident Command Center. Several years in the making, the interior of the SUV was designed by 911 and EMA staff, and the monitors can be set up outside the vehicle to allow for easier viewing by numerous emergency personnel simultaneously.

“It looks like it’s going to be a super asset for the county,” said commissioner Mike Stabinsky after getting a look at the vehicle.

Christina Henning, FWM Ambulance Association president, asked why the county needed the mobile unit, which is valued at more than $100,000. Henry explained that the fire at the Proctor & Gamble warehouse in January 2017 revealed that the best technologies at the time did not allow for adequate radio contact with nor accountability of those inside the building. The radio equipment in the new vehicle, Stabinsky added, finds and amplifies the “hot spot.”

Turner celebrated his 100th birthday on Monday after residing in Tunkhannock for 60 years. He served throughout the European Theater during World War II, as well as in Africa, in the Army Corps of Engineers. He continued his military career in the Army Reserve, retiring as a Major.

The commissioners remarked on his ability to tell a good story, “like you are living it.”

Gaylord related that Turner’s golf swing at 100 is still enviable. “He’s a cool guy to be around,” Gaylord stated.

Stabinsky, a former state trooper himself, initiated the proclamation on the anniversary of the founding of the Pennsylvania State Police in 1905. According to the proclamation, the unit is the largest internationally accredited law enforcement agency in the world.

In particular, Stabinsky wished to acknowledge the service of Trooper Robert Urban, a native of Swoyersville, who worked at the Wyoming County Barracks from 2000 to 2015 and who was honored in a ceremony at the Wyoming Valley PSP Barracks on Wednesday afternoon. 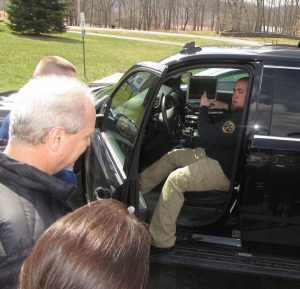