Dr. Hook – Backwoods Pop With a Sense of Humor 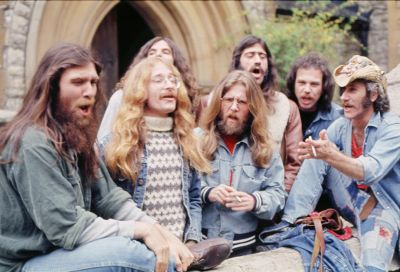 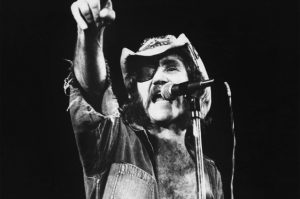 Ray Sawyer, the founder of the pop-rock band Dr. Hook (& the Medicine Show), died today (12/31/18) at the age of 81. The group was founded in Union City, New Jersey and would undergo many personnel changes right through the past few years when his son and grandson had become part of the live ensemble.

I had the privilege if seeing him perform at Penn’s Peak near Jim Thorpe, PA just a few years ago. But that was not the only time that I saw the group in person. A radio station sponsored an appearance and autograph signing by them one Saturday in 1977 at the Wyoming Valley Mall in Wilkes-Barre. I somehow lost the scrap of paper that I had Ray and another group member sign, but my sister, Lisa, never even got hers home. Another little girl snatched it out of her hand and ran down the mall with it!

Though I never considered Dr. Hook to be a country band, there was an undeniable folky twang to many of their earlier recordings, and the songs told a story. Ray Swayer placed 21 singles on Billboard’s Hot 100 between 1972 and 1982, twenty of them with the band. Nonetheless, the Dr. Hook was certainly not a mainstay of pop radio. Their hits were often followed by misses.

Though they never scored a major country hit, nine of the groups songs and one by Ray as a solo artist did grace the country charts, the biggest of those being “If Not You” at #26 in early 1977. Their albums “A Little Bit More” and “Pleasure and Pain” both made the Top 20 on the Country LP chart in 1976 and 1978, respectively.

Their later music was dubbed by some critics as “blue-eyed soul” and often carried a soft disco beat, but only “Sexy Eyes” made it onto the Soul charts, peaking at #67 in 1980.

Dr. Hook garnered six Gold Records, beginning with their first hit, “Sylvia’s Mother” in 1972. The star power they had built up on Capitol Records between 1975, when they dropped the Medicine Show moniker, and 1980 quickly faded when they moved to Casablanca Records. They never quite made it into the video age.

What follows is a synopsis of Ray Sawyer’s greatest hits, based on the chart performances of single first on Billboard’s Hot 100 and then on the Adult Contemporary charts. Each title is followed by its peak position (number of weeks on the chart) and year that the song was a hit. Subsequent footnotes follow asterisks.

**backed with the popular “Queen of the Silver Dollar”