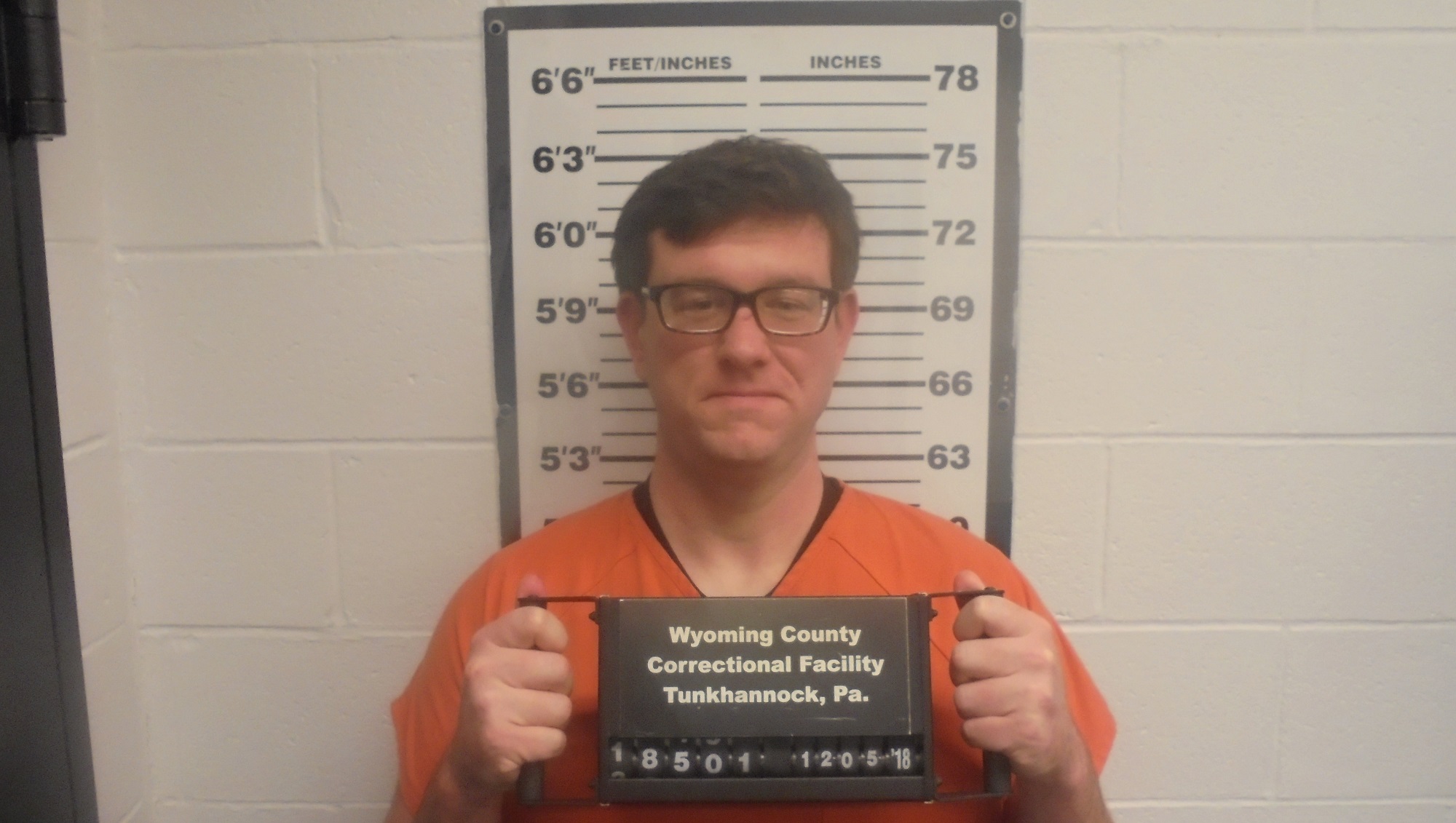 Zachory Migliori, a former substitute teacher and baseball coach in the Tunkhannock Area School District, has been charged with three counts each of disseminating sexually explicit materials to a minor, unlawful contact with a minor, corruption of minors, and open lewdness. According to a report filed by Wyoming County chief detective David Ide, Migliori, 31, of Falls Township repeatedly had indecent contact via social media with numerous current and former high school students.

Between September and October of this year, “Migliori sent sexually promiscuous messages and photographs of his penis to three of the female juvenile students.” The recipients of Migliori’s alleged overtures ranged from 15 to 20 years of age. A parent of a 15-year old girl went to the district attorney’s office on Oct. 11 to report the crimes. Migliori was summoned to the district attorney’s office the next day where he admitted meeting the girl via SnapChat through a mutual friend. He claimed that he thought the girl was a senior and that she was 18 because she socialized with other seniors.

After a week of ongoing conversations, the two exchanged photos. “We discussed nude photos, and the next night I received a photo that was risque,” Migliori told investigators. “I said that I could respond with something similar.”

After first sending the teen a photo of himself in boxer shorts, he sent a photo of his penis and asked for something in return. “Later I mentioned that I didn’t want to see anything,” Migliori continued. “I didn’t feel right about it.”

At that time, Migliori said that he felt “disgusted” with himself when he found out her true age and expressed remorse for his actions and any harm that he caused the victim or her family. “I am so very sorry for letting this happen,” he stated. “I wish I could take this all back for your sake.”

As it turns out, however, Migliori, or “Mr. Migs” as he was known to the students, had much more to hide, as more information came to the surface in the coming weeks.

Two other girls, ages 17 and 18, told investigators that Migliori made them feel uncomfortable with his sexual overtures and that they blocked him from their social media accounts after he sent them lewd photos. “I was scared…so I didn’t say anything to anyone,” one student recounted. “I will always have that image in the back of my mind, and it will always bother me.” The girl indicated that she has sought counseling because of the incident.

After Migliori was arrested and released on $50,000 straight bail, he continued to communicate with the 15-year-old girl, sending her a message reading, “made me want to bust out of the handcuffs and slide out of the rest of what I’m wearing…ha!” The student saved a screenshot of the message, which her mother subsequently showed to investigators.

Meanwhile, a teacher at the high school contacted Ide with additional information detailing “Migliori’s long history of sexual inappropriateness and his disseminating pornography to juvenile female high school students.” Some of the young women did apparently have consensual sex with Migliori after they graduated from high school.

The teacher suggested that Mr. Migs was “grooming” the other girls for potential sexual relationships after high school and had asked several to make videos with him. Two former students told Ide via phone interview that Migliori sent them photos of a video camera on a tripod next to his bed and suggested making a video, after which one terminated the relationship. Other school officials shared information with the detective’s office as it was brought to their attention.

Ide subpoened both SnapChat and Facebook to review Migliori’s history on the social networks and determined that his actions on the internet corroborated the stories told to Ide by the girls and young women. Migliori faces a preliminary hearing at district justice David Plummer’s office on Tuesday, Dec. 18.