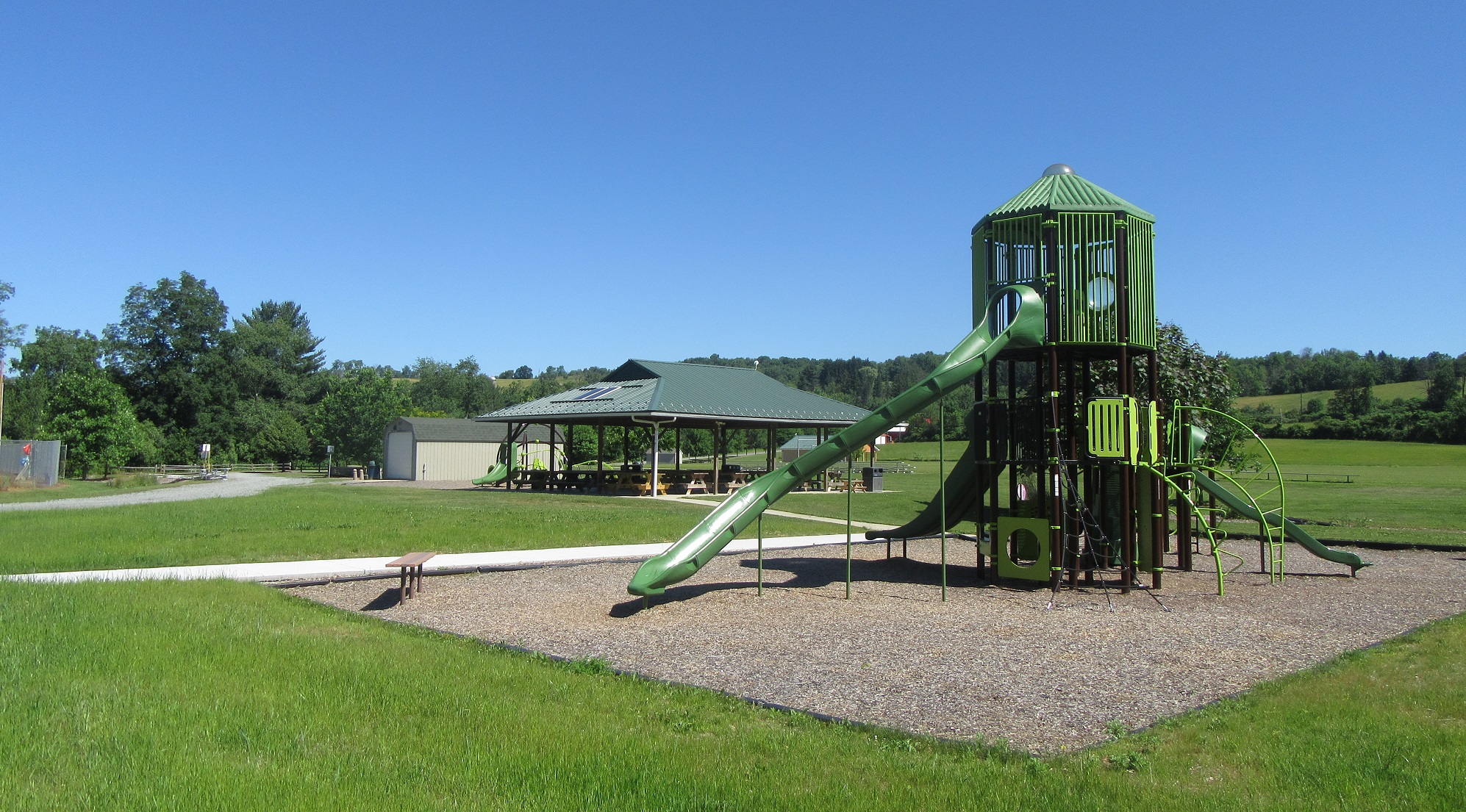 Factoryville/Clinton Township Joint Municipal Park (top) is one of two projects to which the Wyoming County Commissioners will lend support via letters the municipalities will submit with DCED grant applications at the end of July.

After working through a relatively light agenda at their regular public meeting on July 24, Wyoming County Commissioners Tom Henry and Judy Mead shared some news from meetings they had attended on behalf of the county over the past few weeks. 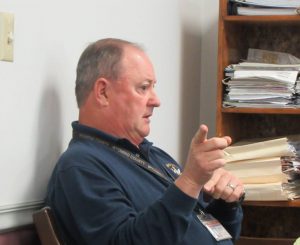 On July 20, Henry and Wyoming County EMA director Gene Dziak (above) went to Harrisburg to take part in a discussion with an opioid disaster group assembled by Gov. Tom Wolf. It was the second time they had been invited to represent Wyoming County, and they plan to attend another meeting in September.

Henry and Dziak were the only two in attendance specifically representing a county. Others at the table were heads of law enforcement agencies and other entities, such as firefighters.

“They asked us back because of the programs we do here,” Henry explained. “I feel privileged to be part of that board.”

Some of the new information discussed at the meeting on Friday came from an HIDTA (high intensity drug trafficking area) report, which seeks to identify trends and provide threat assessments. Facts in the report included more than 43,000 doses of naloxone distributed through the state, 1,953 overdoses reversed by using the popular opioid antidote, and 982 babies born addicted to opioids.

“These are just the ones that are reported,” Henry said of the figures, suggesting that both he and Dziak believe the actual numbers may be higher.

Firefighters are dealing with drug overdoses at alarming rates. Manufacture and distribution of Fentenyl continues to be a problem across the state. And, locally, Henry related, the more law enforcement authorities crack down on heroin, the more that methamphetamines make a comeback.

In light of the figures released and similar topics discussed, the governor is likely to declare another opioid disaster in order to make more funds available to fight the crisis, said Henry.

Henry and Mead noted that both attended a Wyoming/Sullivan County Drug Treatment Court graduation banquet on July 12 at Triton Hose Company in Tunkhannock. There were three new graduates, and approximately 130 people attended the event.

Mead reported that the Endless Mountains Visitors Bureau will be working with Discover NEPA to share information and promote events in Wyoming and Susquehanna counties. The newer organization was seen recently shooting video in the area of the Iroquois Trail east of Tunkhannock.

Henry noted that the Nicholson Heritage Association is seeking support for the renovation of the old train station there, which will serve as the organization’s headquarters and a small museum. Henry hoped to attend their meeting on Wednesday evening.

Support Given to Municipal Projects

The commissioners approved the composition of letters of support for two municipalities that are applying for Department of Conservation and Economic Development grants. Tunkhannock Township officials are making a second attempt at getting funds to replace a bridge on Fox Road over the South Branch Tunkhannock Creek, and Factoryville is seeking funds to enhance a trail network in the area of the Factoryville/Clinton Township Joint Municipal Park.

2018-07-26
Previous Post: Flooding Threat Diminished, But Drying Out Will be Slow
Next Post: River Celebrated with Music, Activities and Presentations at Tunkhannock