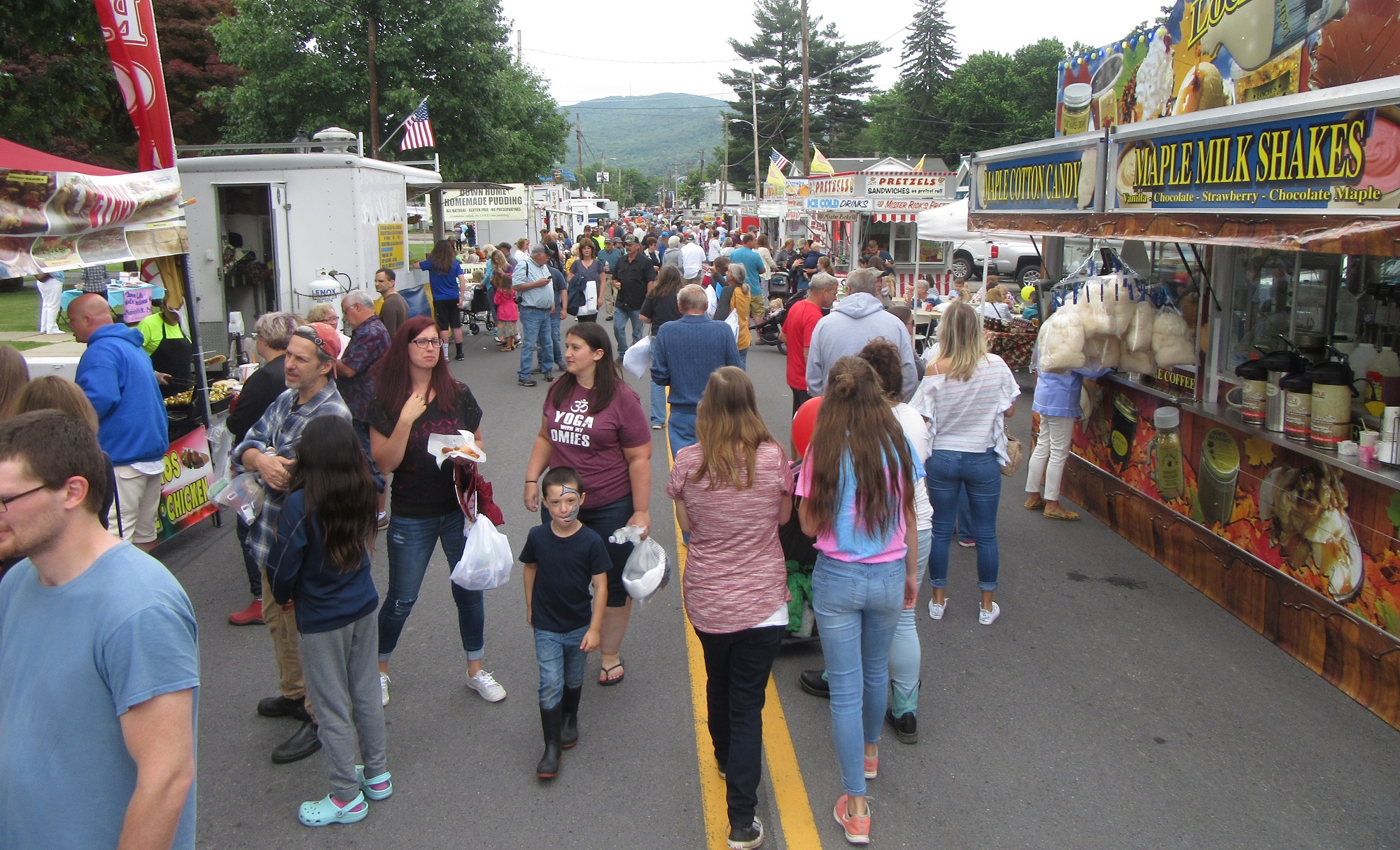 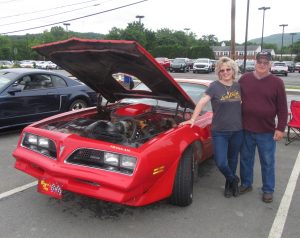 A large number of local residents and visitors celebrated Founders Day in downtown Tunkhannock on June 23, despite some threatening clouds and light rain. Above, Bryce Sutton of Wyalusing proudly displays his Trans Am with daughter Bonny Sutton at the Founders Day car show.

Thousands of people swelled the streets of Tunkhannock on Saturday, shopping, enjoying food, listening to live music and taking in exhibits at the Dietrich Theater, the Wyoming County Historical Society and elsewhere. Organizers and vendors may have been nervous when they woke up to a steady rain on Saturday morning, but the annual Founders Day celebration won out over Mother Nature’s teasing. Even the drizzle that started at lunch time and pushed some people into open shops along Tioga and Bridge streets was a brief preface to warm and sunny afternoon.

“We were hoping for the good weather. People were thrilled when we got it, and we made the most of it,” said Tunkhannock Business & professional Association (TBPA) president Nancy Parlo. “Once those skies cleared, people swarmed in. We think that it was one of the best days that we’ve had.” 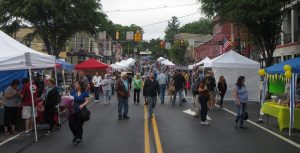 More than 100 vendors, including local businesses, direct sales marketers and non-profit organizations lined the streets. A food court stretching nearly a block provided a wide variety of options, as did downtown restaurants and churches. Shuttle buses helped move people from parking lots at the east and west end of town to the center of the activities.

In addition to performances coordinated by the Kitson Arts Alliance at three staging areas on Tioga street, strolling entertainers included the T-Town Twirlers, The Endless Mountains Barbershop Quartet and a tie-dyed guitarist named Tiahgee Daughtry (below). “That went well, and we’re really going to try to build on that next year,” Parlo said of the entertainment. 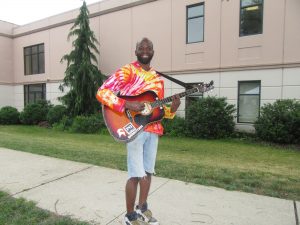 Family members of all ages were encouraged to engage a variety of activities in the “Family Fun Zone” a new TBPA sponsored feature. In addition to the Tunkhannock High School robotics team, members of which had the space to demonstrate some of their machines, participants included the Tunkhannock Public Library, Procter & Gamble, and Bounce Party Rentals, who donated a portion of their proceeds from the day to Seven Loaves Food Kitchen.

More than 100 years of history was commemorated by the “Everyday Life in 1900 Wyoming County” at the Wyoming County Cultural Center, where there was also a presentation to mark the release of the new Explore Wyoming County’s Parks & Trails brochure and maps. 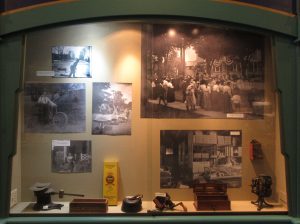 Owners of vintage automobiles, muscle cars and street rods braved the elements to participate in an ever-growing car show held in the area of Sherwood Chevrolet. Though the number of vehicles was down slightly due to the weather, Parlo suggested, enthusiasm for the event was undaunted.

The day’s festivities concluded with a free performance of Shakespeare’s “MacBeth” in Riverside Park. 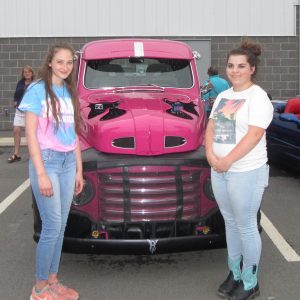 Paige Harvey (left) and Kendra Payton of Washington Township took a liking to this pink beauty with a V-8 engine at the Founders Day car show. 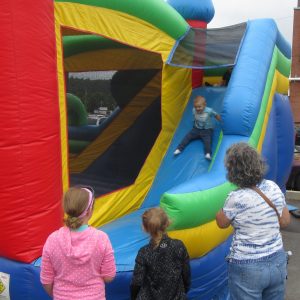 Hunter Ratchford of Shavertown slides down from a bounce castle to his waiting family in the Family Fun Zone. 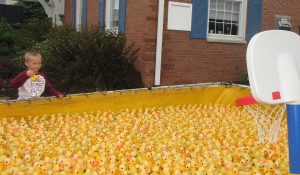 Drew Parkins of Springville had plenty of ducks to choose from at the United Way of Wyoming County duck derby, which concluded with prize drawings at 3 pm. 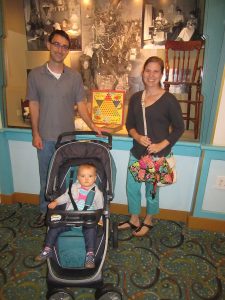 Ben (left) and Stevie Hagge and baby Addison enjoyed the old photographs of Wyoming County in the early 1900s featured at the Dietrich Theater. Stevie is formerly from Tunkhannock. 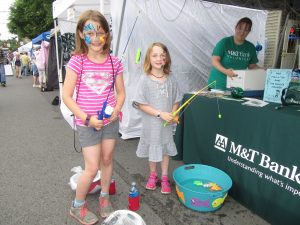 Amber and Addison Carl attended Founders Day with their grandmother, Cynthia Boscia of Montrose (not pictured) and took their turns at the M&T Bank fish pond under the watchful eye of M&T employee Jessica Payton. 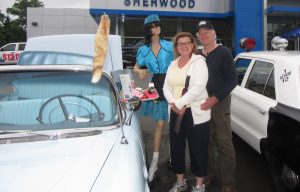 A car hop manikin was a big hit with car show visitors, including Marie and Karl Zoller of Saddle Lake.