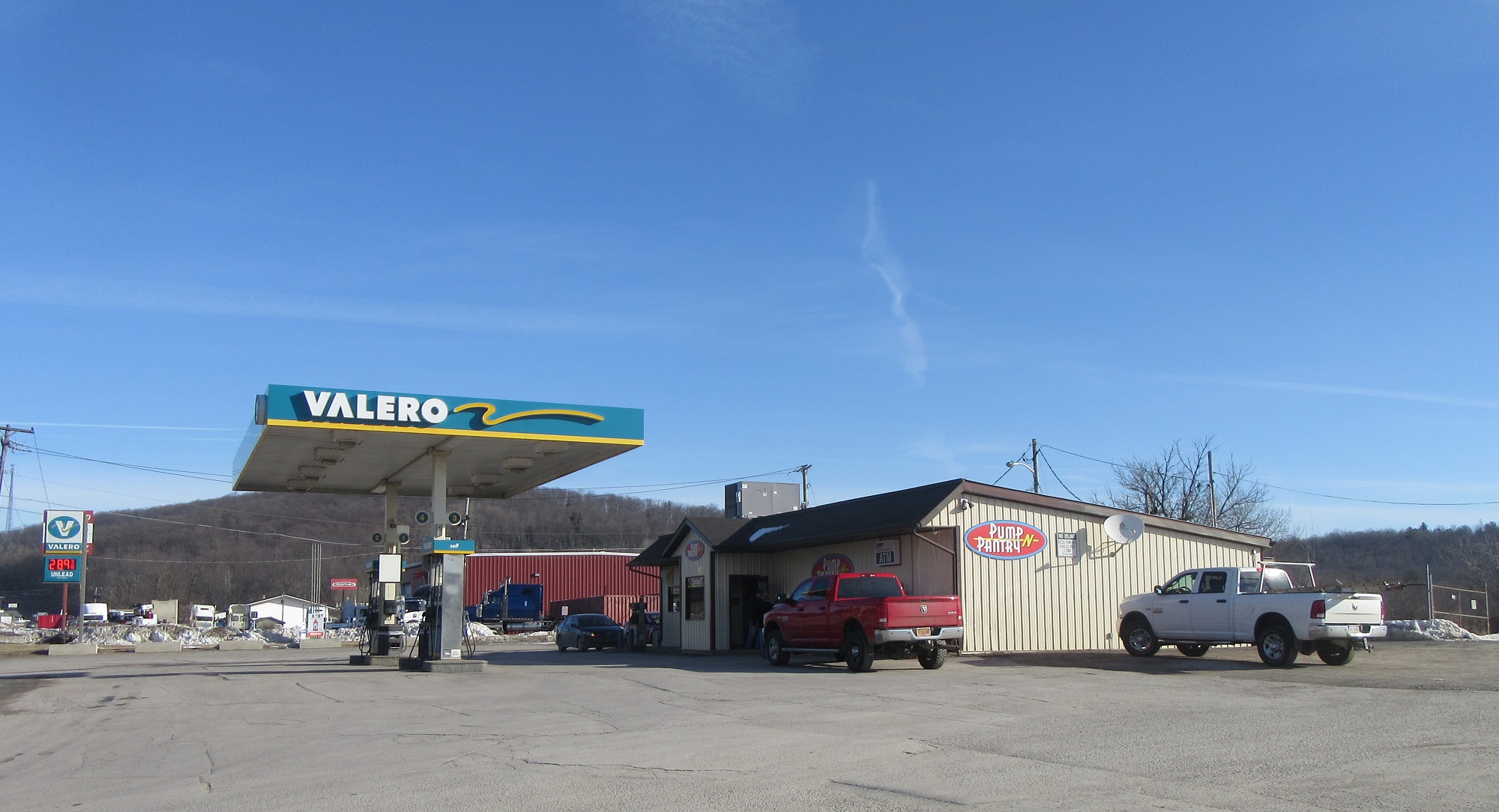 Counterfeit cash used two nights in a row at this Pump N Pantry in Wyoming County has sparked an investigation and one arrest so far by Tunkhannock Township police.

A number of counterfeit twenty dollar bills discovered in store deposits in January led to an investigation by Tunkhannock Township Police and the arrest of at least one individual accused of using them for purchases. James Richard Miller II has been charged three counts each of theft by deception and possession of an instrument of crime.

An associate of First National Bank of Tunkhannock notified Pump N Pantry manager Danielle Reimiller on Jan. 24 that three fraudulent twenty dollar bills had been identified among currency recently deposited from the store on Mile Hill, west of Tunkhannock on Route 6.

When Reimiller started counting the deposit for Jan. 25, she found another one. A review of camera footage from the evening of Jan. 23 allegedly showed Miller entering the store with another male and purchasing a pack of cigarettes with a twenty dollar bill.

Miller, recognized at the time only as an employee of a nearby business, then purchased a slice of pizza and an energy drink with another twenty dollar bill. Footage shows him turning to the second male, recognized as a fellow employee of Miller’s, and turning back toward the counter. He could be seen exiting the store and handing something to the driver of a red Ford Escort before getting into the back of the vehicle.

The second male then approached the counter and purchased two cans of energy drink with a twenty dollar bill. There were no customers between them, Reimiller told police, and the bills were found together in the drop box.

Review of surveillance footage from the subsequent evening showed Miller back at the store, folding a bill in half, then purchasing pizza and an energy drink with the creased bill. Miller was identified from a still photo of the footage by a Wyoming County probation officer.

In the course of questioning, police say that Miller consistently stated that he always used a card for purchases. Further investigation confirmed that to be true prior and subsequent to the two evenings in question when the fraudulent bills were rendered.

As the investigation moved into February, Miller advised police that he had a lawyer and was told to refrain from saying anything more to them. In the meantime, Miller had returned to the Pump N Pantry and confronted Reimiller about the accusations, telling her that he had taken cash from an onsite ATM machine on the day in question. According to the police report, camera footage revealed that Miller had not used the ATM machine.

The second male to use a fraudulent bill was identified in the police report, but neither he nor others mentioned as part of the ongoing investigation had been charged with any crimes at press time. The report also suggests that counterfeit twenty dollar bills have been passed recently at at least two other locations in Wyoming County.

According to Tunkhannock Township Police Chief Ed Morristell, widespread use of counterfeit money is not a common occurrence in the county, though it does happen from time to time. Morristell noted that he had anticipated that there might be more arrests involving the case by this time, but the investigation has been a tough one.

Nonetheless, Tunkhannock Township Police are continuing the investigation in Wyoming County with consent of the US Secret Services office in Scranton, and cashiers and business owners who deal with cash are cautioned to remain vigilant and report any suspicious related activities to authorities.