By: Rick Hiduk
In: Collaborations
With: 0 Comments 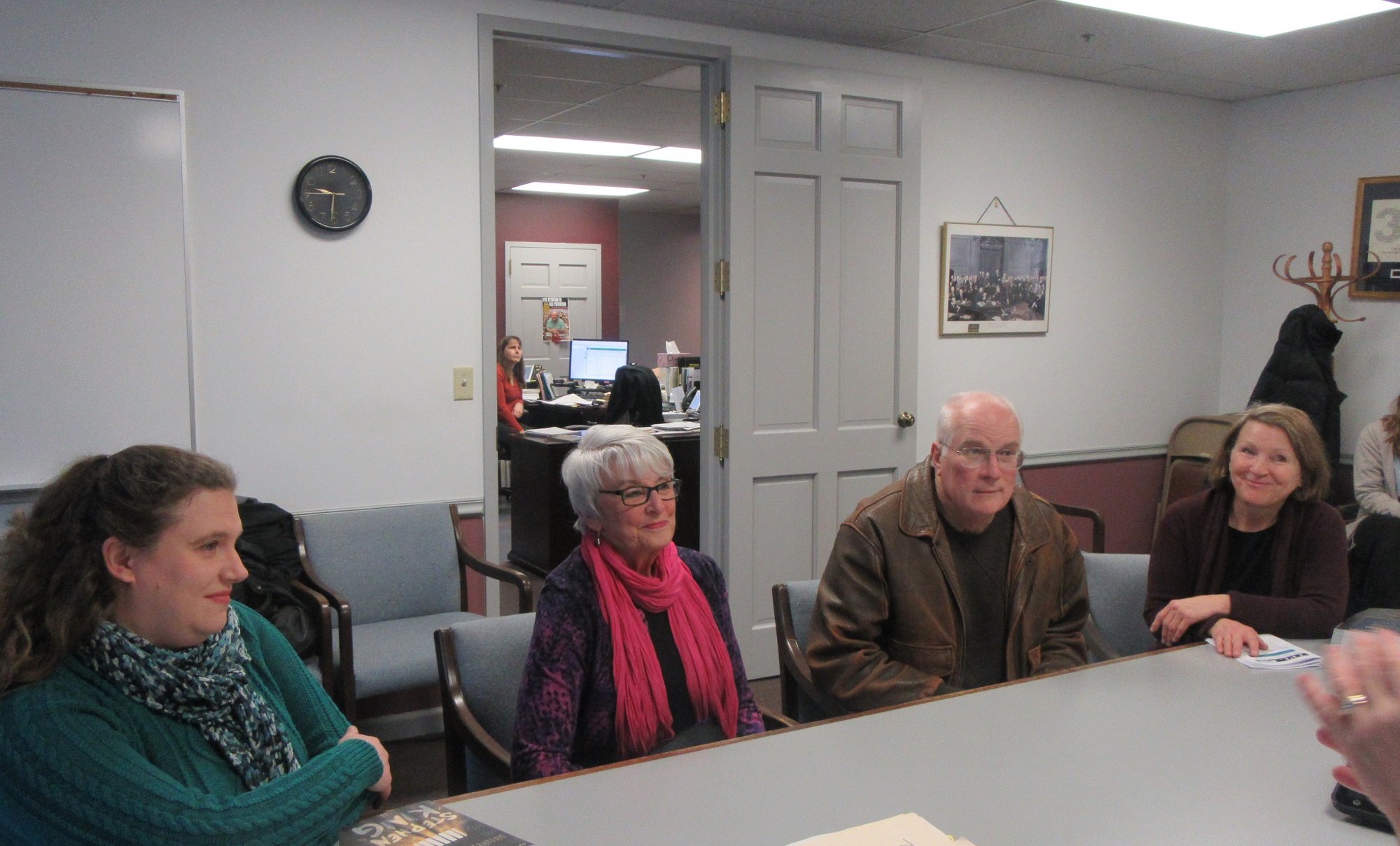 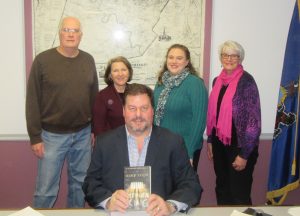 Wyoming County commissioner Tom Henry (seated, above) holds a copy of “Different Seasons,” a collection of novellas by Stephen King that includes the story that inspired the film “Shawshank Redemption.” With him to announce the details of this year’s Wyoming County Reads program are (standing, from left) Bill Chapla, Tunkhannock Public Library director Kristin Smith-Gary, and Erica Rogler and Margie Young of the Wyoming County Cultural Center.

Story and Photo by Rick Hiduk

(As published in the Jan. 11 edition of the Rocket-Courier)

The Dietrich Theater and Tunkhannock Public Library announced the pairing on Tuesday of two Stephen King movies and the novels that inspired them as the focus of this year’s Wyoming County Reads program. The two cultural hubs welcomed a third partner – Just One More Page Books – for the annual reading initiative. A kickoff event is planned for Wednesday, Jan. 24.

This year, fans of the program are encouraged to read (or reread) Stephen King’s “Rita Hayworth and the Shawshank Redemption” and “The Body.” The Tunkhannock Public Library, 220 W. Tioga St., has extra copies of each book to loan. If all the books are out, participants can put a hold on a book. Those who just can’t wait to get started can purchase a copy at Just One More Page Books in Tunkhannock.

The featured works this year were selected to highlight King’s diversity as a writer.

“A lot of people associate Stephen King with horror when, in fact, he has written a lot of other books,” Wyoming County Cultural Center director Erica Rogler told an audience of the Wyoming County Commissioners meeting on Jan. 9. 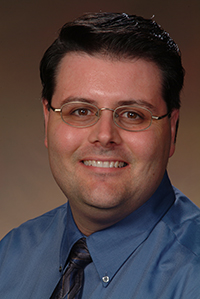 Northampton Community College communications instructor John Tindell (above) will provide an overview of King’s impact on literature, film and pop culture at the Dietrich Theater, 60 E. Tioga St., on Wednesday, Jan. 24 at 7 pm. Wyoming County Reads facilitator Bill Chapla will conduct discussions related to the books at the library on Wednesdays Feb. 7, Feb 21, and March 7 at 7 pm.

“I find that it’s really exciting to discuss the book, then see the film and compare both art forms,” related Chapla, whom Rogler credited for his coordination of the Wyoming County Reads program. Chapla explained that he took every film course that he could as an undergraduate student at the University of Scranton. “It’s film that brought me to the literature.”

“The best part about it is that it is free to the public,” said Commissioner Tom Henry, who described himself as an avid Stephen King fan. “We’re grateful to live in a community where all of this happens.”

The novella “Rita Hayworth and the Shawshank Redemption” was published in 1982 as part of King’s Different Seasons collection. Set at a penitentiary in Maine, the plot follows a banker accused of murder who maintains his innocence and his two colorful prison friends. It was made into a movie in 1994 and was nominated for six Academy Awards.

“The Body” was also published in 1982 and tells the story of three you boys in Castle Rock, Maine setting out on an adventure to see a dead body along the railroad tracks. The movie “Stand By Me” is described was described as a coming-of-age comedy-drama set in a small town in Oregon when it was released in 1986. In a 2016 interview, King cited “Shawshank Redemption” and “Stand By Me” as his two favorite film adaptations of his books.

For more details about Wyoming County Reads: One County, Two Books, Two Movies, interested readers can log on to www.tunkhannocklibrary.org and www.dietrichtheater.com.