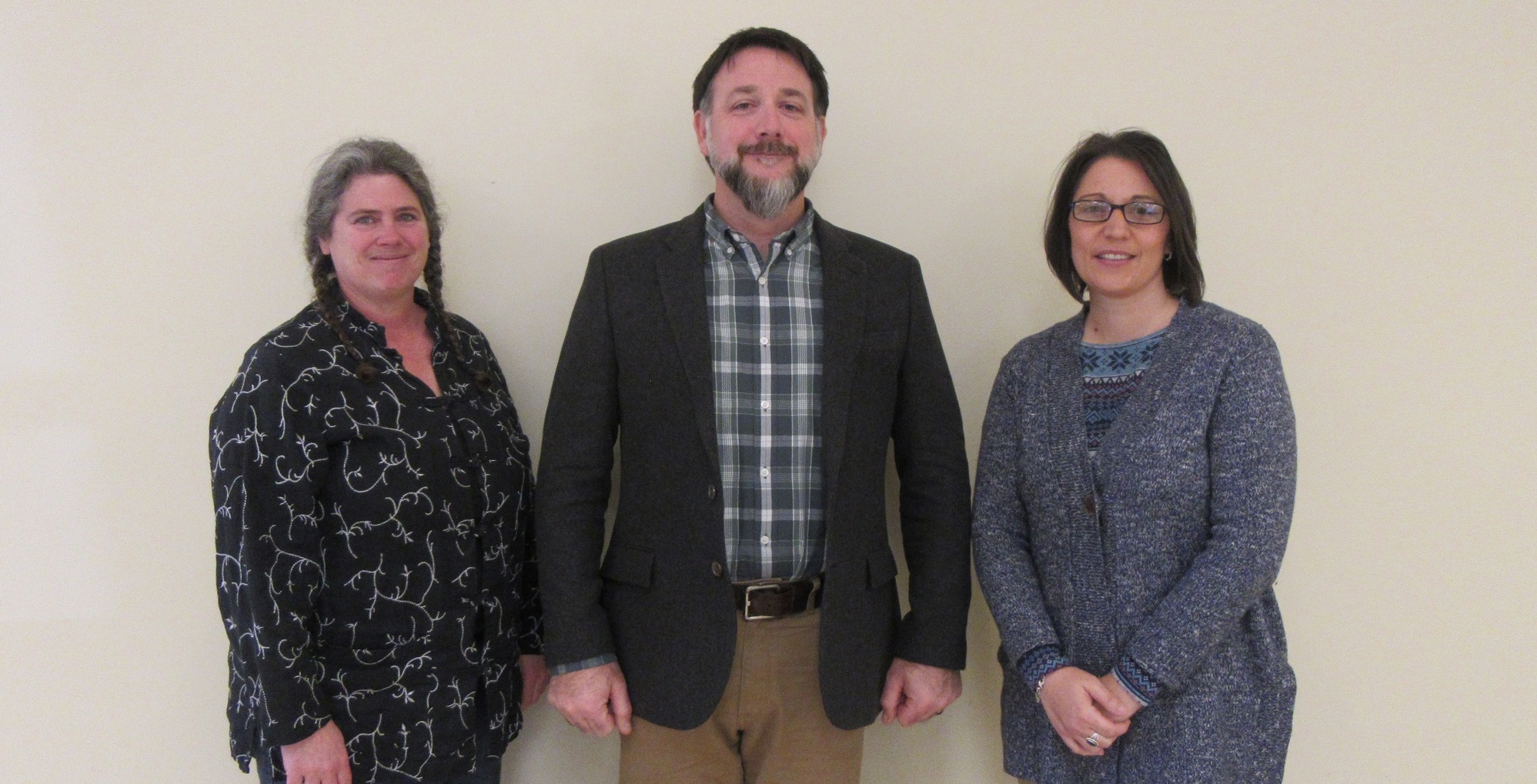 Participating in their first meeting with the EMHR board on Dec. 6 were (above, from left) new Susquehanna County representatives Kerry Foose and Brian Lione and new administrative assistant Vanessa Billings-Seiler.

The staff and board members of the Endless Mountains Heritage Region (EMHR) gathered at the Tuscarora Wayne Room of the Wyalusing Community Corporation on Dec. 6 and met two new board members and a new employee.

According to EMHR executive director Annette Schultz, the new additions to the board exemplify the wide array of talents and background experiences that have helped to build the organization. The Endless Mountains Heritage Region serves and represents Bradford, Sullivan, Susquehanna and Wyoming counties. EMHR has 26 board positions with representatives from each of the four counties to help advance the development of heritage tourism and outdoor recreation.

Brian Michael Lione of Montrose and Kerry Foose of Hopbottom were approved as new board members, representing Susquehanna County.

Lione has 20 years practical experience in heritage and cultural heritage management at the local, state, national and international levels. He was the first Deputy Federal Preservation Officer for the Department of Defense. Lione served eight years in Army Intelligence in active and reserve capacities with varying proficiency in five foreign languages. His primary work since 2009 has been in Iraq with the Iraqi Institute for the Conservation of Antiquities and Heritage.

Kerry Foose is actively involved in animal husbandry and training and animal advocacy, having formed Animal Outreach in her former home of Cape May, NJ. In Cape May, she also worked as a history guide via horse and carriage. She moved to Pennsylvania in 2000 and got to know the rural communities of Wyoming and Susquehanna counties through her work at an equestrian center in Nicholson and as an animal behavior consultant. Foose is currently a board member of the Susquehanna Tourism Committee Board and involved with the PA Rail-Trail Council in its efforts to revive the rail trail to Montrose.

Vanessa Billings-Seiler of Stevensville has joined the staff as an administrative assistant, bringing with her experience as a former office manager at Weston Solutions in Wyalusing and various entities in Evansville, Indiana. For 10 years, she helped to run the Evansville Freedom Festival, the Crescent City’s annual Fourth of July celebration. She is currently a member of the Camptown Civic Club.

Attending her second EMHR meeting on Dec. 6 was new Penn State Cooperative Extension representative to the board, Amber Denmon. She has been with the Bradford/Sullivan County Cooperative Extension in Towanda for just more than a year, after working as a clinical dietitian at Geisinger Danville. She attended Mansfield University for her undergraduate studies and achieved her Master in Nutrition Sciences at the University of Buffalo. Denmon resides in Dushore.