Very Little Precipitation on the Horizon 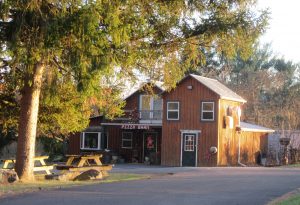 The rays of the setting sun are fainter every day as the Winter Solstice approaches, as seen from Nimble Road in Mehoopany, looking east across the river toward Procter & Gamble (top) with the Pizza Barn (above) on the right.

Those looking for some snow will be hard-pressed to see any over the next two-weeks according to long-term forecasts. The United States as a whole is already experiencing a “snow drought” this season.

A brief warm-up underway today and tomorrow will give way to more seasonable temperatures with a rigorous freeze-thaw cycle underway. Watch for rocks in the road in narrow stretches of highway along mountainsides and cliffs.