By: Rick Hiduk
In: Holistic Health
With: 0 Comments 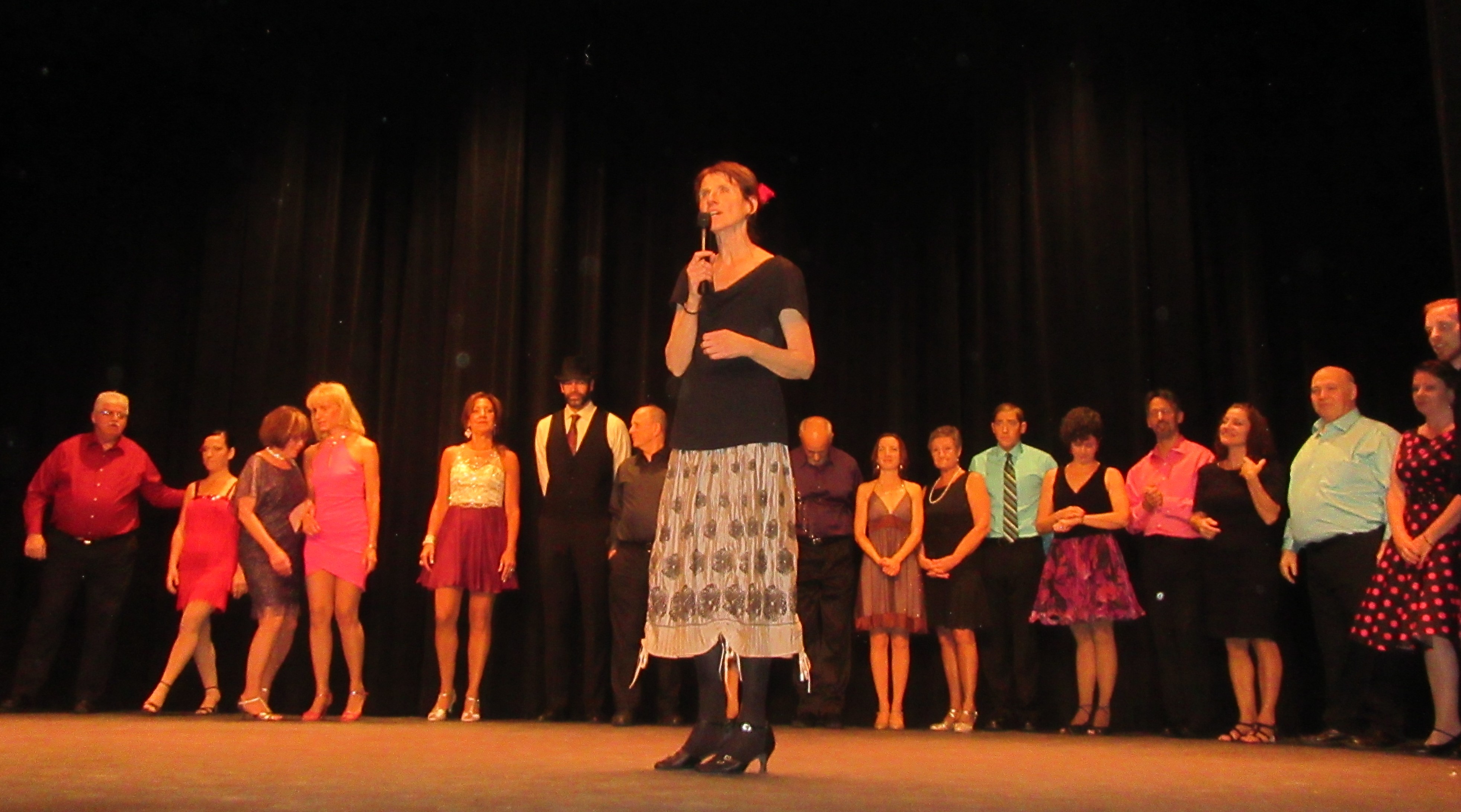 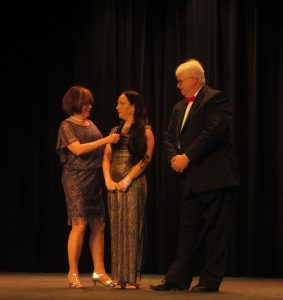 Dr. Virginia Fennelly (top, center) thanks the dancers, emcees, and others who were involved in the first Dancing with the Stars of NEPA fundraiser for Holistic Health for Everyone in 2016. Program emcees this year will again be Maureen Riggi (above, left) with 2016 dancers Lynn Green and Mike Andrews and Donna Dudish (below, left) interviewing 2016 contestants Dr. Don Strasburger and Jill Wetzel. 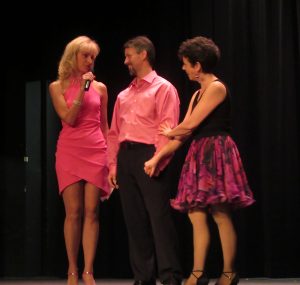 The second annual Holistic Health for Everyone (HHFE) Dancing With the Stars of NEPA Benefit will take place in the Brooks Theater at Keystone College in La Plume on Sunday, Nov. 19. The public is invited to enjoy a night of dancing and a sumptuous buffet that includes vegan and gluten-free foods in support of HHFE initiatives.

Dancing with the Stars of NEPA is the brainchild of Dr. Virginia Fennelly, owner and operator of the Holistic Health Center in Tunkhannock. Fennelly was always a fan of the TV show “Dancing With the Stars” and thought that a local version of the program would be well-received. She was impressed last year when more than 100 people, including professional dance instructors, also embraced the concept.

Acting choreographer Nick Barosi, who will participate again this year, told Fennelly that dancing is a celebration of mind, body, and soul, and therefore the perfect medium to forward her message to the community.

“Not only does dancing keep you moving, it raises your endorphins and generally makes you feel happy,” Fennelly remarked. “When you’re happy, your immune system works better.”

Holistic therapies such as massage, acupuncture, applied kinesiology, brain body balancing, essential oils, and Tai Chi have been employed for thousands of years in other cultures. The goal of HHFE is to raise awareness of holistic health care as a viable option and to provide services to those whose health insurance plans deem natural healing methods “ineligible.” This can include nutritional coaching and treatment for serious ailments, such as chronic sinus issues, cancer, diabetes, arthritis and other autoimmune conditions.

Ten dancers have answered the call to take on an equal number of amateurs to prepare for the show, practicing as often as possible since September 1. Last year, dancers thrilled the audience with waltzes, sambas, tangos, cha chas, mambos, and the East Coast swing. “They do whatever they like,” said Fennelly. “Whatever they are strong in.”

Maureen Riggi and Donna Dudish will serve as emcees for the program, assisted by DJ Jack Martin, introducing the dancers and other special acts. Judges this year will include two ballroom dance instructors – Marybeth Larusso and Ryan Holdredge – and Wisnosky Jewelers owner Mike Wisnosky. The audience will also have an opportunity to cast ballots.

Doors will open at 4 pm on Nov. 19, as will a Chinese-style auction featuring numerous items and services donated by area businesses. A buffet meal will be served at 4:30 by Keystone College Dining Services. Many in attendance in 2016 remarked that the food experience itself was worth the price of the ticket, and the dancing was “icing on the cake.”

The dance program will begin at 5:30, followed by open dancing with music by Martin, and announcement of the “audience choice” winners of both the dance contest and the Chinese auction. 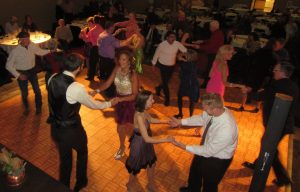 Tickets will be available on Oct. 20 at $75 per person,which includes one drink voucher for Nimble Hill wine or beer. Additional beverages are available by donation. Tickets can be purchased from any dancer or in Tunkhannock at Endless Mountains Events, 4 Winds Acupuncture, Gay’s True Value, Head to Toe Salon, Jilli Jenn Consignment, Nimble Hill Winery, Tunkhannock Compounding Center, Whipple Performing Arts, and Wisnosky Jewelers. Additional ticket locations include Everything Natural in Clarks Summit and Waverly Wellness House in Waverly.

HHFE is a pending 501-3C organization. For information about Dancing With the NEPA Stars and purchasing ad space on the programs, interested readers may contact Fennelly at 570-240-1981. Theresa Caines is handling the Chinese auction and can be reached at 570-309-2634.