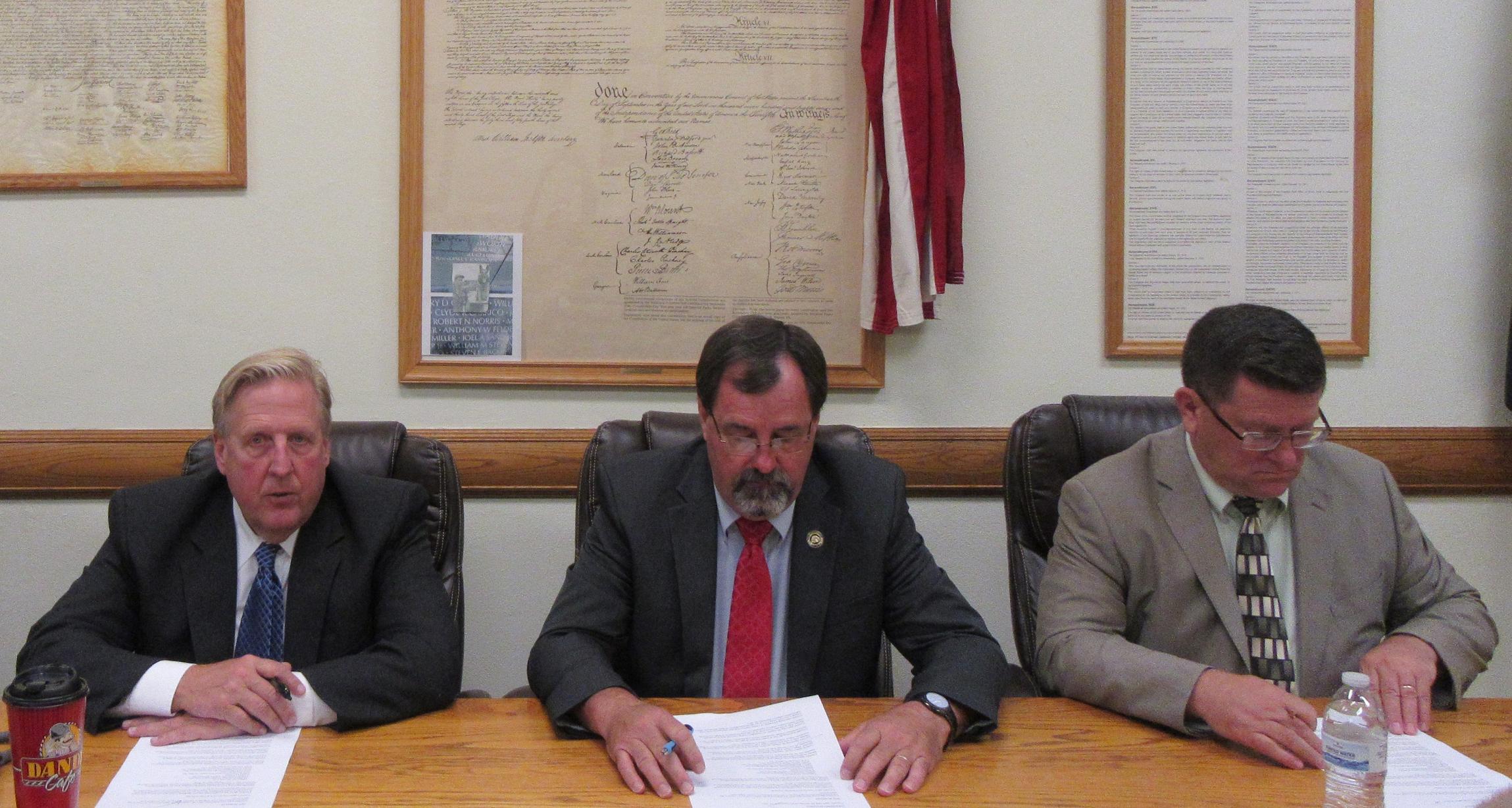 The Bradford County Commissioners (top, from left) Doug McLinko, Daryl Miller, and Ed Bustin have indicated on several occasions that they enjoy a level of media coverage that exceeds that of other counties their size. On Sept. 28, they took advantage of their cherished relationship with the press corps to promote several events and county initiatives at what would otherwise have been a very short meeting.

A relatively brief agenda afforded the Bradford County Commissioners the opportunity to promote an upcoming half marathon and “buddy walk” as well as to discuss how creative investments of Act 13 funds and state funds in the county are showing results. The commissioners kicked off their Sept. 28 meeting by adding $500,000 to the county’s Infrastructure Loan Program.

The half million dollars follows $2.8 million already set aside for municipalities to borrow as seed money to get projects and programs underway. Now, other not-for-profit and non-profit organizations such as fire companies can apply for short-term, zero-interest loans to offset waiting time that can, not only hold up a project or needed purchase, but result in higher costs to tax payers.

Examples offered by Commissioner Doug McLinko included the purchase of new vehicles by fire companies or even starting the construction of a new firehouse. The Central Bradford Progress Authority will handle loan applications and distribute funds and will, in turn, keep the commissioners advised of recipients and projects underway.

Board members expressed their confidence in Tony Ventello and Chris Brown of the Progress Authority to manage the loan program with integrity. McLinko noted that Bradford County is in a very fortunate position to be able to offer money to “jump start” projects, but cautioned that the situation is always tenuous.

“If the county should ever need these funds, they can come right back to us,” McLinko explained. “Hopefully, we never have to do that. I hope that we can add more money and grow the program.” He made it clear that money already loaned would not be rescinded.

Commissioner Ed Bustin compared the Infrastructure Loan Program to the successful PHARE (Pennsylvania Housing and Rehabilitation Enhancement) Fund, which was rolled out in February of this year.

“I’m proud to say that this board has been investing on our communities consistently,” Bustin stated.

Approximately 26 older houses have been “re-invigorated” to become useful again for as many low- to moderate-income families. The program includes home ownership workshops, and low-interest loans for down payments, closing costs, or needed improvements.

Rehabilitating older housing stock helps to maintain the character of communities and limit the need for construction of more low-income housing, McLinko added.

Sheshequin Path Half Marathon and Walk for Our Buddies 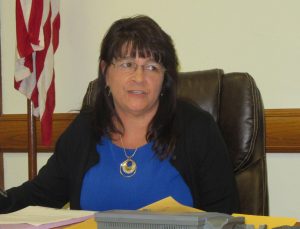 Numerous county employees have been involved in the planning of a 13.2-mile half marathon from Riverfront Park at the border of Sayre and Athens to the county’s Larnard Hornbrook Park on Saturday, Oct. 7. Chief Clerk Michelle Shedden (above) reported that about 30 people have been registered so far for the run, and nearly 100 people have signed up for “Walk with a Buddy,” an event to be held simultaneously to benefit and bring awareness to children with Down Syndrome.

The race is a USATF-sanctioned event, and the course will cross the Susquehanna River at Athens and follow Riverside Drive/Sheshequin Road to Larnard Hornbrook Park. A twelve hundred-foot elevation range will offer runners exceptional views of the river valley and surrounding mountains. Runners can choose to sponsor a buddy, photos of whom will flank the marathon route. Runners will meet their sponsored buddies at the end of the race.

McLinko expressed the gratitude of the board for Shedden and the rest of the office staff for their efforts in coordinating the event.

“People don’t realize the logistics that it takes to pull something like this off,” added Commissioner Daryl Miller, noting that PennDOT and numerous fire police have been involved in planning for the safe passage of the runners through a number of busy intersections.

While at the park, race and walk participants are encouraged to visit the county’s “inclusive playground” designed for children with and without disabilities that was opened just over a year ago. Bustin was pleased to report that the park looked like new on its first anniversary and is cherished by the community.

The Sheshequin Path Half Marathon is a flagship event for the Bradford County Tourism Promotion Agency, which has arranged special rates for overnight stays at local hotels. As the event grows in the coming years, Bustin remarked, it is hoped that local restaurants will also participate in accommodating visiting runners and their families.

For more information, interested readers may log on to www.bradfordcountypa.org and click on the Marathon tab. Another event that the commissioners hope county residents will support is a community picnic (details below) planned by SERVE, Inc. and agency that has been dedicated to the vocational, educational, social, emotional and recreational needs of individuals with disabilities in Bradford and Sullivan counties for 50 years. 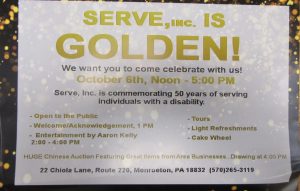 The Bradford County Commissioners will take to the road again on Thursday, Oct. 12 with a public meeting at the Animal Care Sanctuary (ACS) in East Smithfield at 10 am. In addition to their regular slate of business, the board wants to acquaint the county with the animal welfare agency’s most successful programs and its constant need for volunteers as ACS also celebrates a 50th anniversary.