Effects of Hurricane Harvey to be Felt in Our Area

By: Rick Hiduk
In: Economic Forecast
With: 0 Comments 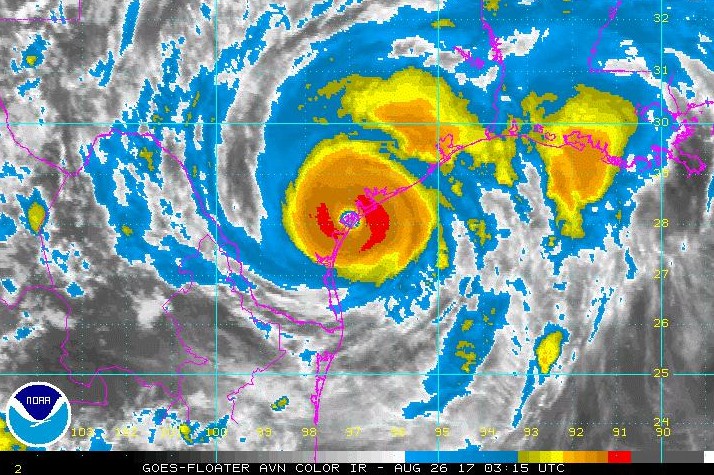 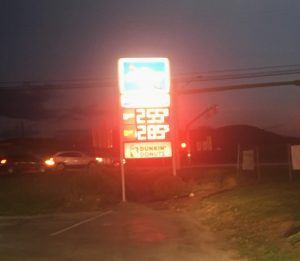 An immediate jump in the price of gas locally by at least five cents per gallon is likely to be followed by further increases in the days and weeks that follow Hurricane Harvey. Fuel price hikes subsequently lead to higher prices on other commodities.

As the eye of Hurricane Harvey made landfall near Corpus Christi, Texas on Friday night it brought disaster with it. The disaster is likely to grow to Hurricane Katrina magnitude by the time it finally exits Southeast Texas on Wednesday or Thursday. With its departure, there is sure to be a huge impact felt across the nation, including here in the Endless Mountains. Prices on fuel products, groceries, and other merchandise look to increase both short and long term.

Right now, Harvey’s center is sitting stalled southeast of San Antonio as a tropical storm. Although wind speed has greatly decreased since landfall at Rockport Friday night, when winds were around 130 mph, the rain bands have not at all. Significant wind damage is prominent within 30 miles of Rockport. Flooding is – and will be – the main risk to the area and large metropolitans in it. Houston, the nation’s fourth largest city, is slated to receive 30+ inches of rain. Some localized spots of almost 40 inches of rain are possible. This will likely put the storm in the top five heaviest rainfalls attributed to a tropical system.

Houston and Corpus Christi rank #1 and #4 in busiest International ports in the United States. They are also both vital in the Gulf of Mexico’s oil production. One day into the storm the US Interior Department estimates that around 25% of the Gulf production is offline due to the storm. As of Friday, the price of crude oil had already began to jump up. Unfortunately, as with Katrina, the price is likely to soar. This will in turn cause what we pay at the pumps to jump. Also home heating fuel will follow suit as we head into the fall when consumers are trying to get ready for winter.

Unfortunately there are other factors that could hit our wallets. If oil production is interrupted for a long period and fuel prices remain high the trickle down will hit our markets, clothing stores, and pretty much anything one would purchase. Another hit could potentially lay in how much the government spends in storm clean up and disaster response. For example, after Superstorm Sandy in 2012, the Feds spent around $63 billion. Adding $50 billion plus to the already $350 billion deficit would be disastrous. Tax increases or cuts to programs could trickle down. Home insurance could also see increases. $150 billion in insurance was paid out after Hurricane Katrina. Some companies completely went out of business after that.

Right now though, keeping the people in the storm’s path in mind is the most important thing to worry about. The destruction is immense already. There are many ways to help for those who are interested. The links for sites to make donations or find more information can be found below.