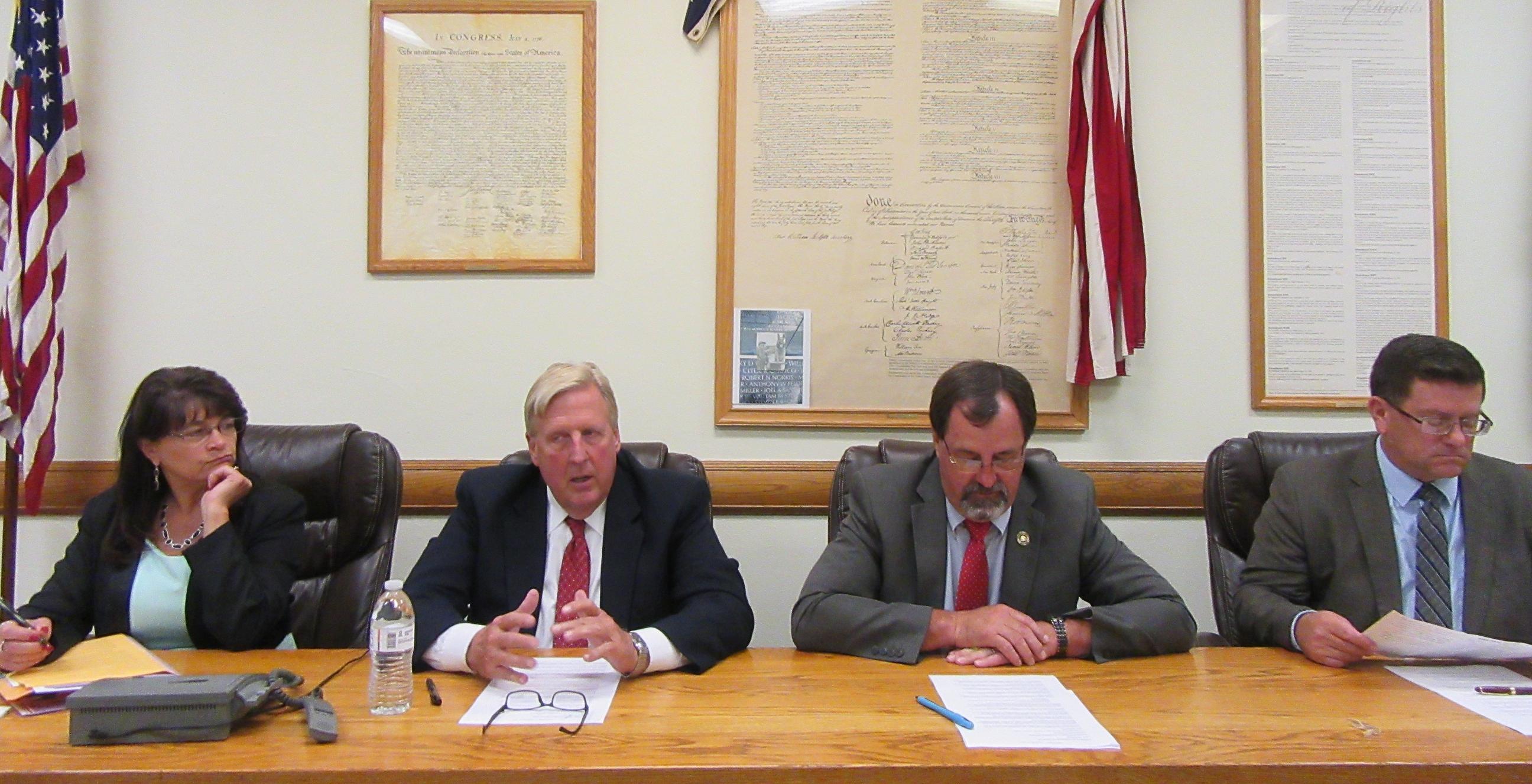 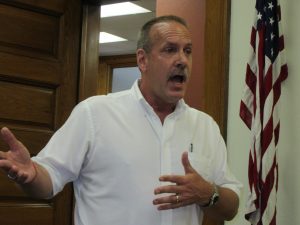 The Bradford County Commissioners on Wednesday vowed to continue their fight against addiction and the stigma that surrounds it, while giving full support to Keith Kinsman (above) and Robert Grolling (below), who will conduct Overdose Awareness Day at Elmer Park in Sayre on Thursday, Aug. 31. 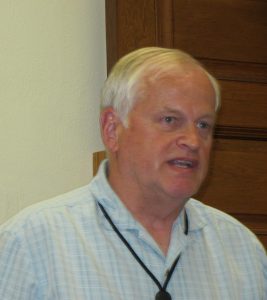 When Keith Kinsman led Bradford County’s first addiction awareness rally in May 2016 after losing his son, Ben, to an opioid overdose that February, he awakened the community to a crisis that had already reached epidemic proportions. He vowed to press on until he felt the support for those battling addiction and their loved ones reached adequate levels. Today in Towanda, Kinsman seemed to be getting closer to that goal.

“I told you I’d be back when there was something to report,” Kinsman told media representatives at an Aug. 23 public meeting of the Bradford County Commissioners. He introduced Robert Rolling of the new CASA Trinity Center of Excellence, with whom Kinsman is now working after giving up a long-time job with Penelec – First Energy Corp.

The Pennsylvania Department of Human Services has earmarked $500,000 to Bradford County for the development of a “mobile case management program” that has already linked about 160 people with treatment programs and intake facilities. He feels that he and his growing staff of peer specialists are on track to help 300 people before the end of the year.

“We now have the resources in case management to keep people out of emergency rooms and out of jails. It’s a less expensive form of care,” Grolling stated. “There are better therapies now for addiction than there have been in the 37 years that I’ve been in this field.”

Though there are 45 such centers in Pennsylvania, the Bradford County group grew out of New York state’s southern tier. Recent statistics show that the rate of opioid overdoses in Pennsylvania is climbing at 37% per year, compared to a national rate that is still alarming at 19%.

“In Pennsylvania, rural areas especially are very effected by overdose deaths,” Grolling explained, noting that the average demographic for an opioid abuser is an 18 to 59-year-old white, working class, rural male.

The mobile approach to the opioid crisis is proving effective in rural areas where people often do not know where to turn for assistance, he continued. “We’ve always expected people with addictions to come to us,” Grolling remarked. “But their lives are in chaos. We will now come to them.”

In Bradford and surrounding counties, people seeking help with addictions, including family members of those struggling can call 570-890-9044 and will reach Grolling personally in most cases. When the hot line is not technically in operation between 7:30 pm and 8 am, the calls go directly to his cell phone, providing a nearly 24/7 safety net.

“We dispatch someone immediately,” said Grolling. “I surround them with a case manager and peer specialist and bring them into a recovery program that works for them.” That could be a CASA Trinity program, ABT, or Trehab, he cited as examples. “We are trying to use the resources of the community collectively.”

Peer specialists, he noted, are often people in recovery who have received special training. “It’s not clinical care as much as it is sitting with them over a cup of coffee and talking about their lives.”

As for the importance of events like Overdose Awareness Day, Grolling related, “There aren’t a lot of communal resources for expressing loss and what it feels like to be left behind.”

Overdose Awareness Day is cosponsored by Guthrie and Trinity CASA and will feature a candlelight vigil and memorial walk from 6:15 to 8 pm; oratories by medical professionals, the mother of an overdose victim, and a person in recovery; refreshments; and the release of bio-friendly memorial balloons.

Bradford County Commissioner Ed Bustin (top, right) will also speak at the event. He noted that there has been progress in some areas since Kinsman brought light to the situation through tragic circumstances, but one aspect in particular remains a great challenge.

“At the end of the day, there is awareness,” said Bustin. “But the focus needs to be on the stigma. That’s the problem. It needs to be treated and talked about as the medical situation it is. People are dying. We need to stop worrying about whether it’s our fault or their fault.”