The Trio Alexander to Perform at the Sayre Theatre 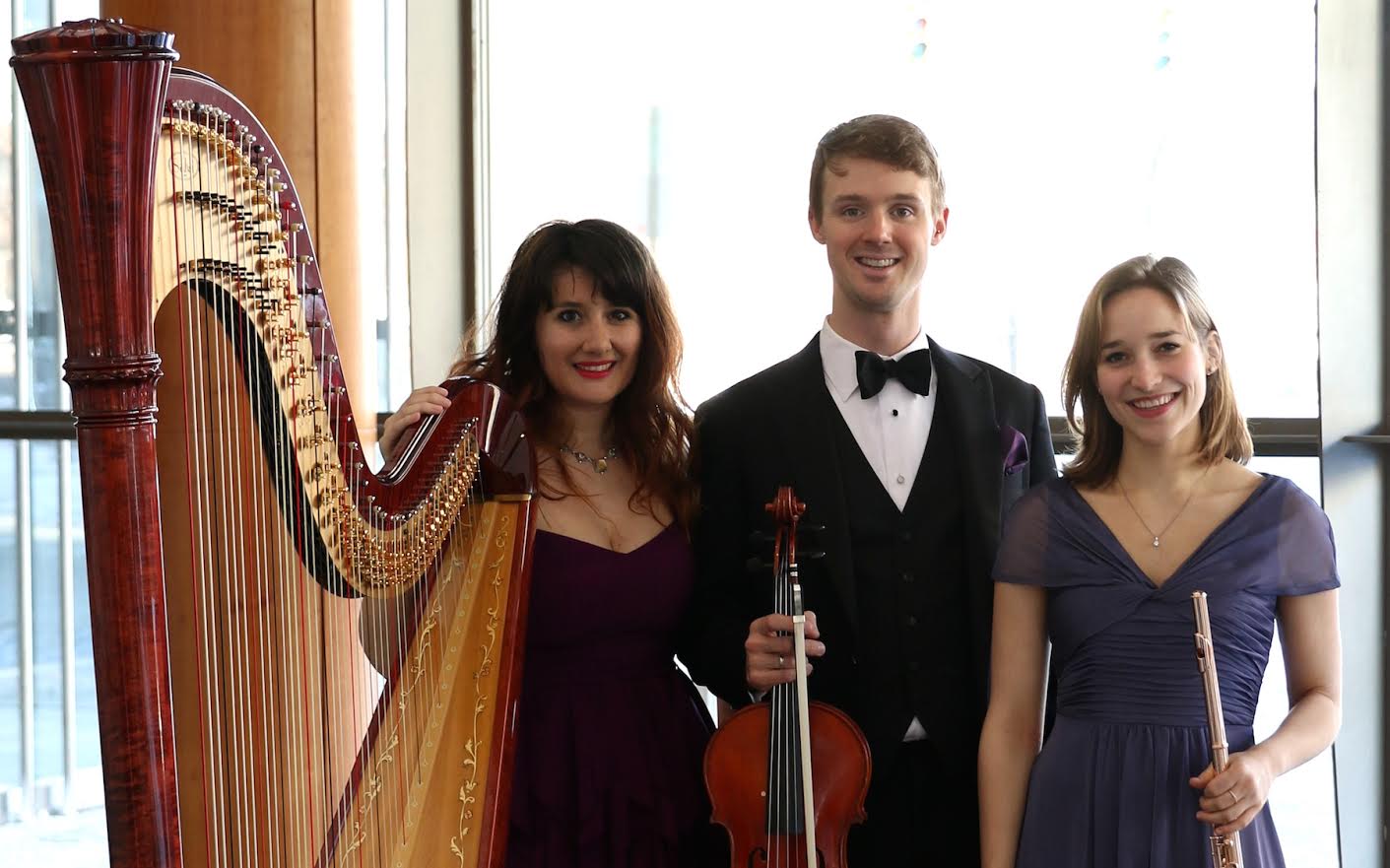 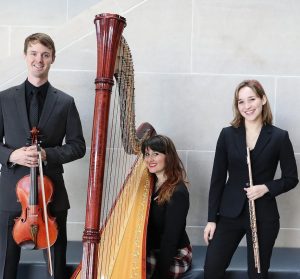 Bradford County Regional Arts Council “Nightlife Presents” comes to a close on Saturday, April 8 at the Guthrie Performing Arts Center at the Sayre Theatre at 7:30 pm with The Trio Alexander. Tickets are on sale now: adults $15, seniors $13 and students $10, plus a $2.50 processing fee to all orders.

Composed of flutist Caroline Sonett, violist Adam Paul Cordle and harpist Rosanna Moore, Trio Alexander met as graduate students at the Eastman School of Music. Trio Alexander has been featured by the new music collective OSSIA and the Cornell Contemporary Chamber Players and maintains an active role in commissioning, premiering and presenting new works. Their repertoire includes the works of Claude Debussy, Kaija Saariaho, Jacques Ibert, Alan Rawsthorne, Leo Smit, and D.J. Sparr, among others. In the spring of 2016, they presented a set of three world premieres by Eastman composers. Trio Alexander seeks to present works for the flute-viola-harp trio in a new light by not only performing standard repertoire, but commissioning new works from a range of composers and transcribing their own arrangements and delving into improvisation and non-notated media, such as jazz and folk music.

Aside from performance, the trio is invested in scholarly research with regards to performance issues and repertoire for the ensemble. In particular, they are interested in the implications of theatrical and gestural elements in interpretation and perception. Trio Alexander has worked primarily with Kathleen Bride, with additional coaching by Bonita Boyd, Carol Rodland and Phillip Ying. In November 2015, they were selected to participate in a masterclass presented by Kim Kashkashian, violist of Tre Voci. The trio performed in July 2016 in Bath, England, as part of the Performance Studies Network Conference.

Trio members include Caroline Sonett, flute, who has performed on the stages of several of the world’s great concert halls, including Carnegie Hall, Avery Fisher Hall, and the Kennedy Center,. She has been featured on the McGraw Hill Young Artist’s Showcase as the first prize winner of the Friday Woodmere Music Club’s Young Artist Competition.

Adam Paul Cordle, viola, who is a distinguished soloist and chamber musician, having performed in venues such as Carnegie Hall’s Weill and Zankel Halls. He has been featured in recitals in the United States, Canada and Israel and has performed the viola concerti of Telemann, Stamitz and Bartók. He is a founding member of the flute-viola-harp ensemble Trio Alexander and collaborates in duo partnerships with violinist Anyango Yarbo-Davenport and pianist Edith Widayani.

Originally hailing from the UK, Rosanna Moore, harp, is a candidate for the Doctor of Musical Arts degree at the Eastman School of Music, where she earned the Master of Music in Performance in 2014 under the mentorship of Kathleen Bride. She is supported by the Eileen Malone Scholarship and holds a teaching assistantship.

More information can be found at http://trioalexander.com/

Tickets will be available at the door for $17, including the processing fee. To purchase tickets, please call Rory Gaughan at the box office at 570-268-2787 Monday through Friday, from 9 am to 5 pm.

About the Sayre Theatre : Opening December 31, 1914 with its official dedication January