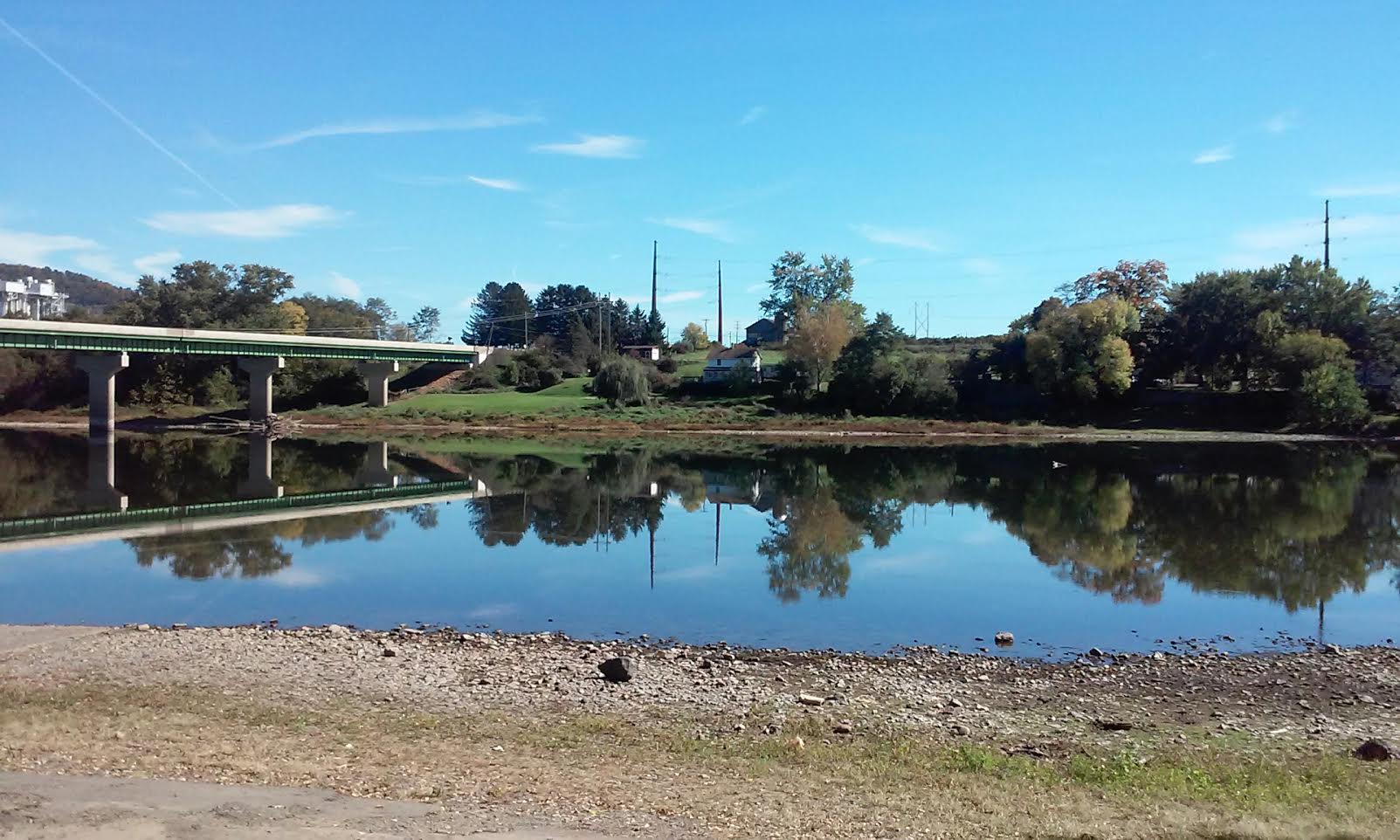 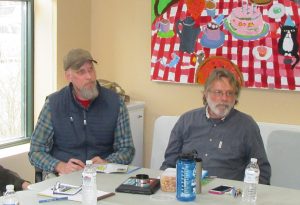 David Buck (above, right), Greenway Coordinator for the Endless Mountain Heritage Region and Susquehanna Depot borough councilman Dana Rockwell were among those who met at the Wyoming County Cultural Center on March 27 to finalize an ambitious schedule of events along the Susquehanna River North Branch this year.

The Susquehanna River North Branch was named “2016 River of the Year” by the state’s Department of Conservation and Natural Resources (DCNR), but 2017 might go down in history for the sheer number of festivals and paddling adventures planned for the public along Pennsylvania’s famed waterway, which is designated as part of the Captain John Smith Historic Trail by the National Park Service.

“As far as we’re concerned, we’re still The River of the Year,” said David Buck, who runs Endless Mountains Outfitters (EMO) in Sugar Run and serves as Greenway Coordinator for the Endless Mountains Heritage Region. Buck laid out an itinerary of nearly 40 activities planned from April to November that will take place along the Susquehanna in Bradford, Luzerne, Susquehanna, and Wyoming counties.

Earth Day will be celebrated at Nesbitt Park in Kingston on Friday April 21. Friends of the Howland Preserve will host an Art Show at Vosburg Neck on Saturday, April 22. Camp Lackawanna and the Endless Mountains Nature Center will team up for the Vosburg Neck Festival on Saturday and Sunday, May 6 and 7.

Friday and Saturday, May 19 and 20 will mark the start of a paddling sojourn from Cooperstown, NY to the Chesapeake Bay in Maryland for potential members of the 444 Club – those avid paddlers who can claim that they’ve paddled all 444 miles of the Susquehanna from north to south, Joining them will be Susquehanna Depot borough council member Dana Rockwell and a friend, who will paddle a handcrafted fuselage frame kayak.

Susquehanna Kayak and Canoe Rentals owner Art Coolbaugh is coordinating activities with Buck and will manage the Susquehanna Watershed Environmental State Park Paddle from West Falls to Harding on Wednesday, May 24.

“I really think that people get a sense of what a great resource the river is by experiencing a paddle, attending a river festival, or listening to a historian talk about the battles and settlements along the river,” said Coolbaugh. “By engaging more people in these activities, the participation among future generations will continue to grow.”

A series of “Wing Night” paddles are slated for “river rats” in the Towanda and Tunkhannock areas on Thursday evenings from June to August. Participants can paddle to Tunkhannock to enjoy chicken wings at the Warren Hotel on June 8 and July 6, and to Towanda to eat wings at the Riverstone Inn on June 19, July 17, and Aug. 21.

River festivals this year will include the Wyoming Valley Riverfest at Nesbitt Park from June 23 to 25, Founders Day at Tunkhannock on June 24, Laceyville Community Day on July 8, Athens Street Fair and Paddle on Friday evening July 21, River Day at Tunkhannock on July 22, Rockin’ the River at the Howland Preserve on July 29, The Susquehanna North Branch River Festival at Depot/Great Bend on Aug. 5 and 6, and Riverfest at Towanda from Aug. 17 to 19.

Additional community-oriented paddling events planned include the Children’s Miracle Network Paddle from Bloomsburg to Danville on June 11, the Wyoming County Chamber of Commerce Paddle to Tunkhannock on June 29, the Fall Pumpkin Float from Sugar Run on Oct. 1, and the Snow Flake Paddle from Shickshinny on Nov. 4.

Only a few paddling events are private – mostly for students, including the Heritage Youth Sojourn for high school students from each of the four counties from May 12 to 14, a History Kayak Trip for Towanda students on May 23, and the Howard Garner School Paddle from Meshoppen to the Howland Preserve on June 2. Alumni of the Towanda High School Class of 2002 will take to the river on June 23 as part of their class reunion weekend.

A series of river bank cleanups will be scheduled in April and May, the first planned for Friday and Saturday, April 28 and 29 in the Wyalusing area from 8:30 am to 1 pm both days. Groups and individuals interested in assisting with cleanups and paddling trips in Bradford and Wyoming counties may contact Buck at dbuck@emheritage.org or Coolbaugh at contact@kayaktheriver.com.

Participating in cleanups is a great way to connect with the organizations responsible for maintaining the existing water trail and creating future launch sites and interconnecting water and land trails, Coolbaugh noted. “The recreational benefits will be realized for years to come.” 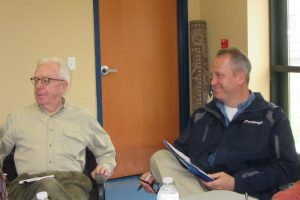 Outfitter Art Coolbaugh (above, right) and Rich Fitzsimmons were among participants in a recent meeting providing details of the many events and activities planned along the Susquehanna River North Branch from Spring through Fall this year. Fitzsimmons has paddled the entire 444 miles of the river from north to south twice.