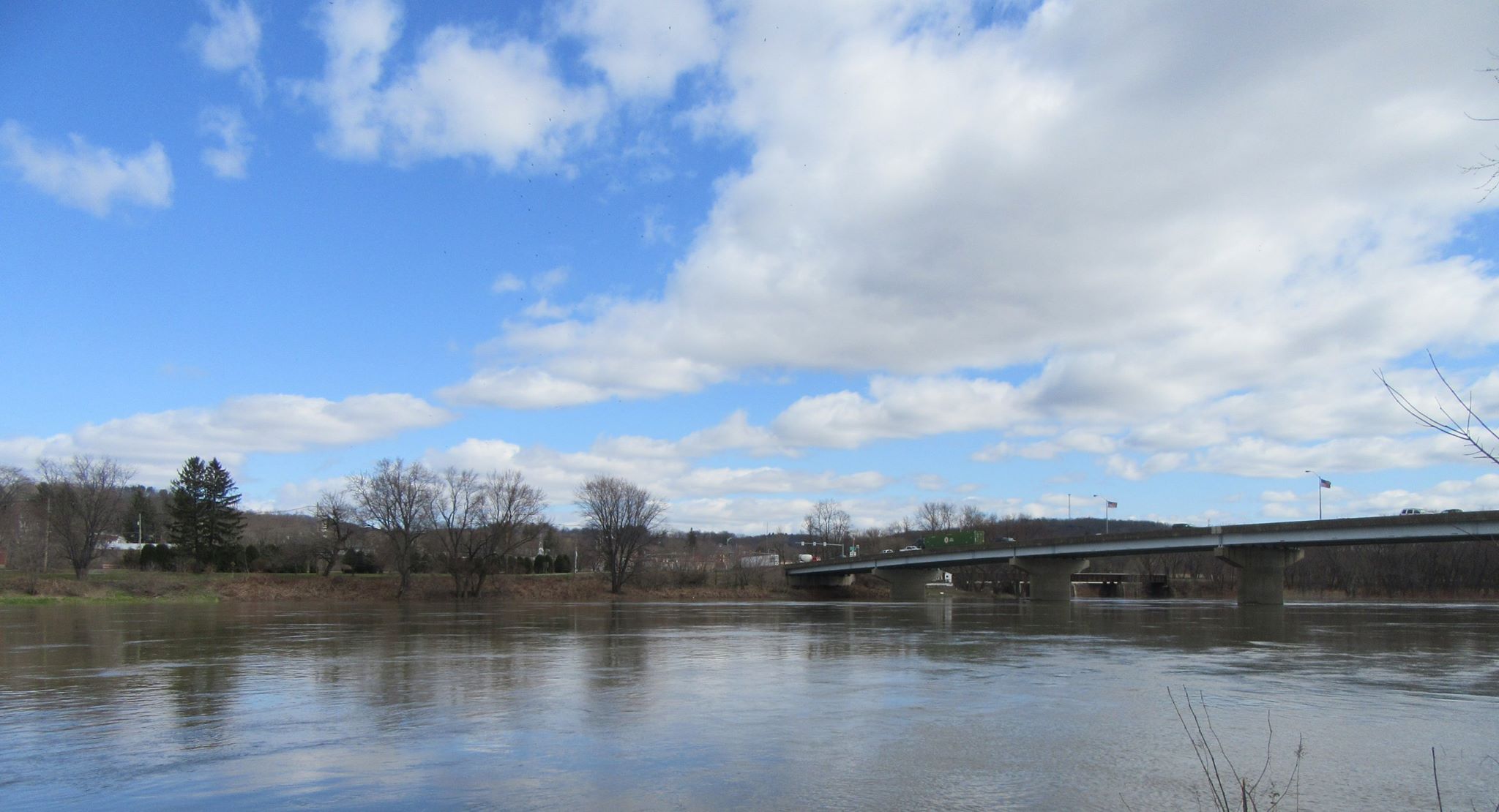 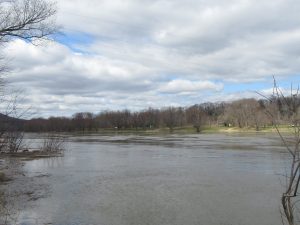 Photos by Rick Hiduk
The Susquehanna River flowed silently but swiftly past Tunkhannock and Eaton Township on Wednesday afternoon as it neared crest. Significant rains on Friday will likely put the river in the range of “flood stage” throughout the Endless Mountains

If the February thaw didn’t strike fear into orchard managers and other growers, the long range forecast will certainly cause some concern for low-land farmers. While temperatures are expected to be seasonally average over the next two weeks, excessive moisture will keep the river high and low-lying fields wet.

The levels of most creeks in the region peaked on Monday evening or Tuesday, and the Susquehanna River was cresting well below flood stage Wednesday afternoon along the entire North Branch. Levels won’t drop much, however, before heavy rains on Friday send the waterways climbing once more.

Predicted levels for Saturday are expected to reach the minor and moderate flooding ranges at reporting stations along the river, which will impact camping areas along the North Branch and many low-lying flats. Even those fields not flooded directly by river waters will remain too soggy to plow for the foreseeable future.

Because streams have had a change to recede and snow melt is nearly complete, their Friday crests do not currently appear to pose a major threat. The river, however, will warrant watching for the next week or so.

According to the NWS Advanced Hydrological Predictions service (http://water.weather.gov/ahps2/index.php?wfo=bgm), estimated river and stream levels and their respective levels as of 7 am on Saturday follows. Note that this is far as predictions go at this time. The actual crest could be several feet higher.